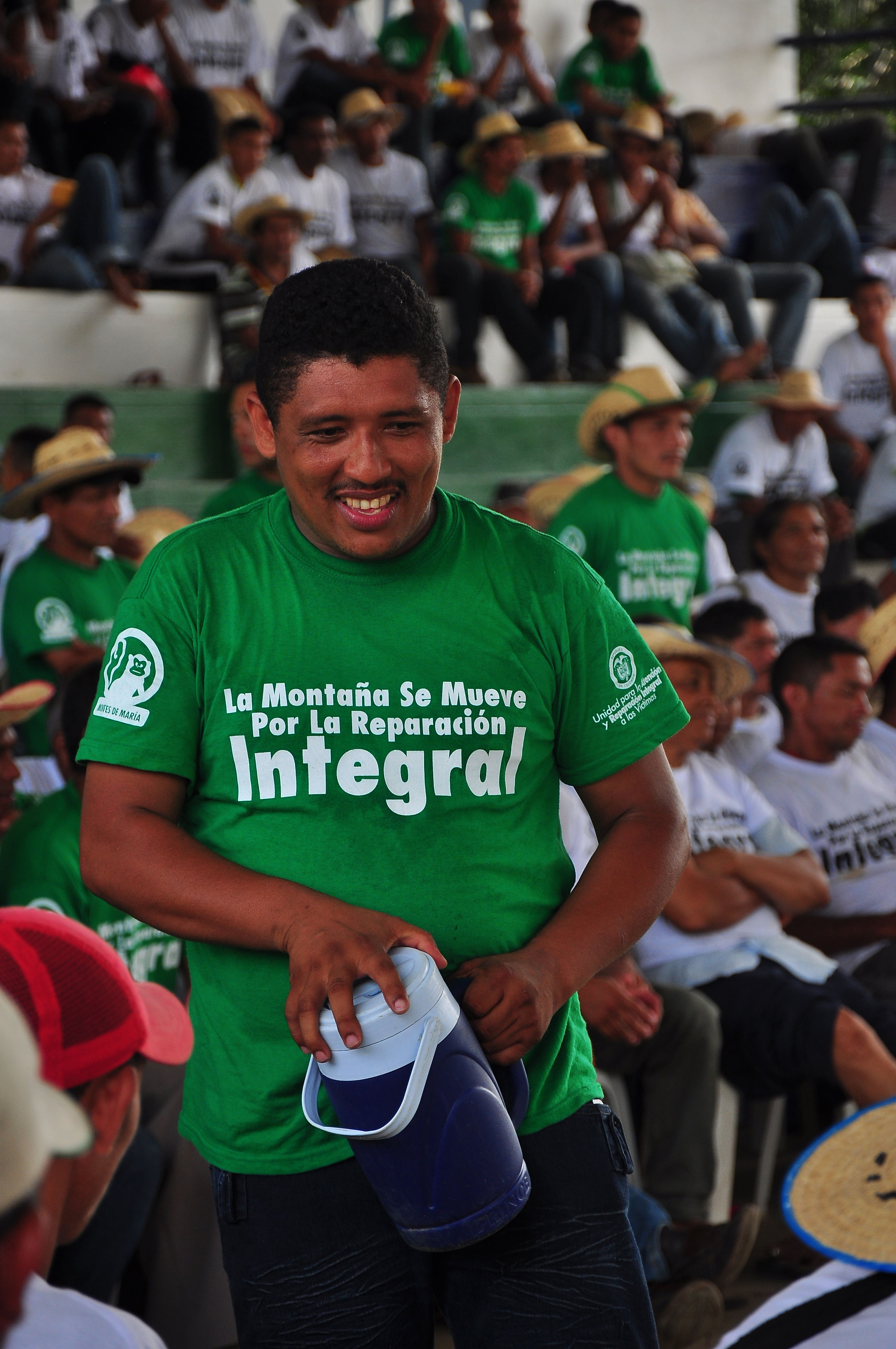 Jorge Montes is a leader in El Carmen de Bolivar, a town in a mountainous agricultural region of Colombia that has suffered countless displacements and deaths as competing armed groups have fought over this territory.

Jorge served as a teacher, local councilman, a community leader, and as Coordinator of the High Mountains Movement, a regional group which defends the rights of mountain communities that have suffered from years of violence and economic exploitation.

In 2013 Jorge helped lead a peace march, calling on the government to honor past commitments and uphold the rights of 34 mountain towns. Because of his leadership, Montes was arrested and falsely accused of membership in the FARC, a guerrilla group. Both Jorge and FARC attest that he was never part of this or any other armed group. He was detained on September 9, 2013 and has now been in prison awaiting judicial action for nearly 4 years.

The UCC Colombia Partnership asks that you sign this petition calling for Jorge’s release, and pray for strength for Jorge, his family, and his community.

Peace and reconciliation have been distant goals during most of the 20-year partnership of the UCC with Colombian churches.  Delegations to and from Colombia witnessed violence and displacement of war, and we prayed and worked for peace.  Last year, thanks to the strong witness of our Colombian partners, a peace accord was signed.  We thank God for this work, and the efforts of our partners, Justapaz (the Mennonite Church in Colombia), Sembrandopaz (in the High Mountain region of Bolivar), and CEDECOL (Coalition of Evangelical Churches in Colombia) for their role.