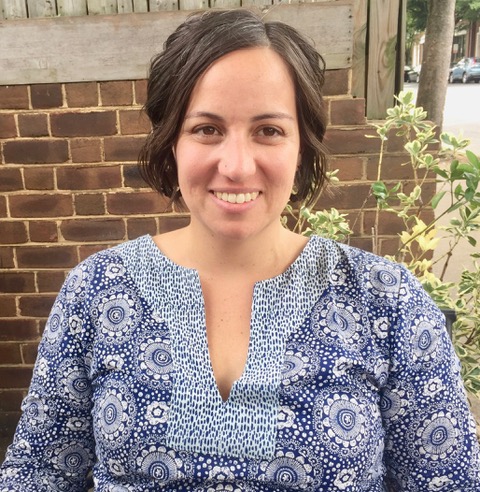 In Charlottesville, VA there has been a comprehensive effort involving city officials, scholars, citizens and anti-racism activists to acknowledge that the Jim Crow era Confederate monuments placed in strategic areas across the city, served to establish and root the Lost Cause Narrative of the Confederacy and bolster white supremacy.

The Lost Cause denied that slavery was the South’s primary reason for fighting in the civil war and ascribed nobility and heroism to Confederate leaders who, it was propagated, fought for southern “culture” and homeland despite great odds and even defeat. The Lost Cause Narrative swept the Southern U.S. and erased the stories and forming public narratives of freed black communities. This happened through public rhetoric and political power but also physically and violently in many southern communities. In Charlottesville, for example, black tenements occupied several blocks in our downtown area following emancipation. These homes were razed, the communities displaced. A “public” city park was established for white people, evidenced by the actual city charter in which the park is named a “white park,” and by the erection of a huge statue of Robert E. Lee. At the dedication of the park and statue, there were hundreds of Klansman in full regalia celebrating.

The Charlottesville City Council voted to take down the Lee statue at the beginning of 2017 and last month changed the name from Lee Park to Emancipation Park.

Though many of us celebrated these actions as victories in the ongoing struggle to dismantle racism and white supremacy in all its forms, there has also been a violent backlash. The Alt-Right, a politically ambitious white supremacist group, is organizing a national rally in Emancipation Park, scheduled for August 12th and will be holding recruiting events throughout the weekend.

In the 12th chapter of the Gospel of Matthew, Jesus is confronting the Pharisees who are set on affirming their power, superiority and control through knowledge and religious observance. Their logic and efforts are continually subverted by Jesus, who demonstrates a new order of priorities and the action of love informed by the Living God of Justice, whom cannot be controlled. He tells them that they will be judged not just by what they do, but by every word they speak and especially by the fruit they bear.

In other words, it is possible to “do” all the right things and not bear fruit because we are empty inside and only seeking to appear righteous and protect ourselves and whatever power we leverage. Deeper still, Jesus tells a troubling parable about what happens if you clean up your life, put everything in order, and yet do not fill it with the Life-Giving Spirit of God, Love and Justice. The spirits of this world, the ideologies, the principalities and powers, the evil demons of racism, white supremacy, materialism, will have no problem finding a home with you.

The General Synod of the United Church of Christ has expressed our commitment to dismantling racism and white supremacy many times over the decades, articulating and seeking to demonstrate that we must not only confront racism and the fruits of white supremacy in our history and world; we must also be filled with the Spirit of Life and committed to that which brings life by devoting ourselves to being a multi-racial and multi-cultural church. We also have worked to remain vigilant, not just “emptying” ourselves of racism but being actively anti-racist Together we are working to identify the policies and symbols that rooted white supremacy, racism and violence, repenting where we find ourselves complicit, such as the repudiation of the Doctrine of Discovery at the 2013 General Synod and a commitment to dismantle the New Jim Crow and mass incarceration in 2015.

During integration in the 60s, “colored only” and “white only” signs in public spaces started to disappear, but many of the symbols, policies and systems that segregation and the subjugation of black people and other people of color in this country were rooted in, were not addressed.

This is our ongoing work and justice commitment - emptying ourselves and our world of that which destroys life, and filling our world with the love of God and that which brings life, justice and beauty. Learning to identify not only the explicit form of racism, but the fruits of racism and white supremacy will enable us to get to the roots of racism and the many intersecting justice issues. The depth of our own understanding and action will be proportional to the depth from which we can leverage change in our world and be a life giving church.

The events happening in Charlottesville this month are not unique. Alt-Right movements are building steam all around the country. Now is the time to start learning, reflecting, and organizing within your own congregation, so that when white supremacy rears its head in your community, you have a strong foundation for your response. The UCC’s White Privilege curriculum is a great place to start. Learn more and download a copy: http://www.ucc.org/white_privilege.

Rev. Tracy Howe Wispelwey is the Minister for Congregational and Community Engagement for Justice and Witness Ministries of the United Church of Christ and is based in Charlottesville, VA.