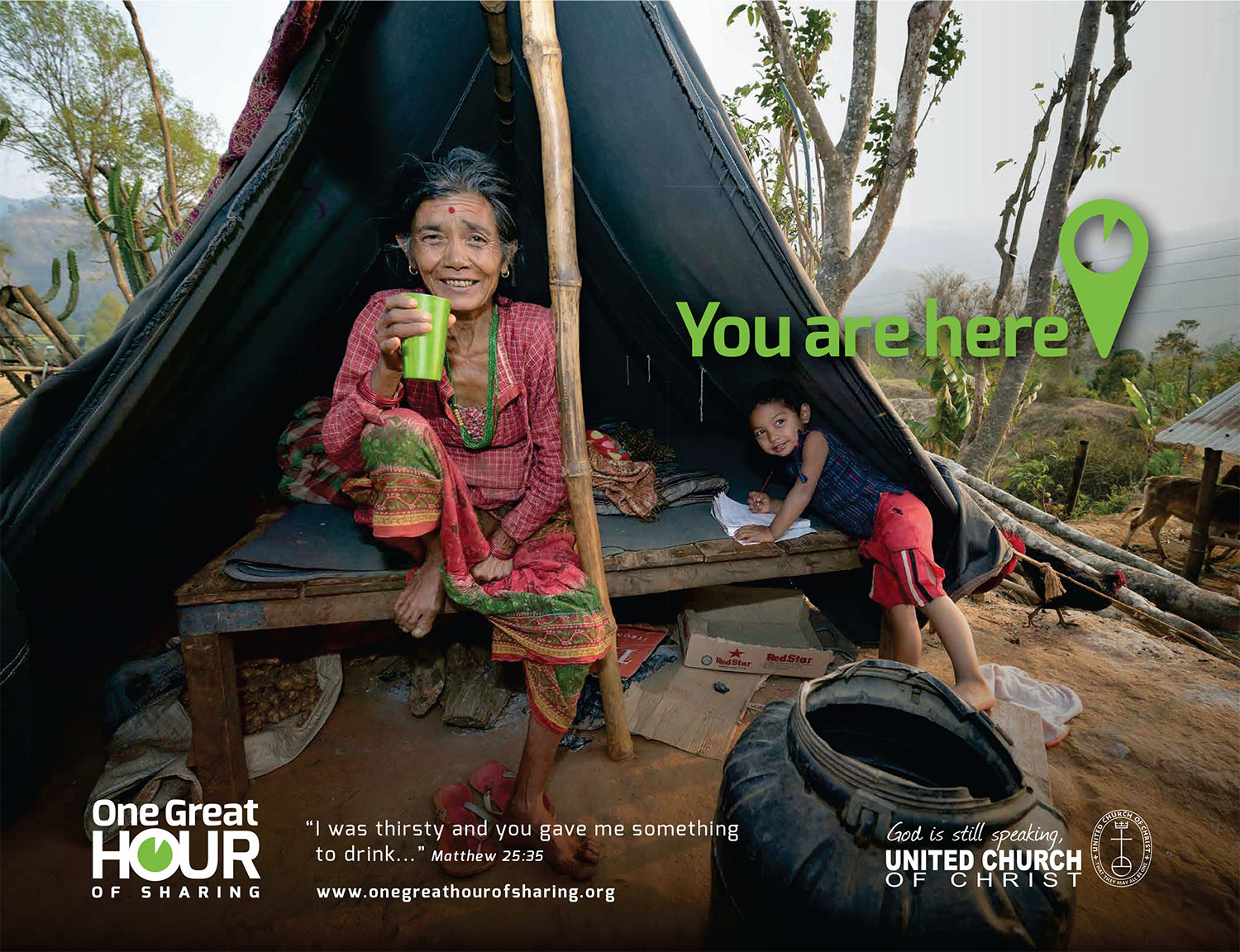 The song-writer praises God by recognizing God in the most powerful of natural features of earth – mighty waters, cedar trees, fiery flames, the shaking wilderness, and the oaks. God is in these and is more than these highly disruptive actions of the earth. Ours is a God of continuing creation, giving strength to the people and blessing the people with peace.

This is the peace that Richshanda experienced with flood and recovery in South Carolina. 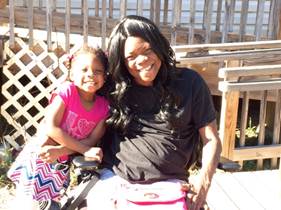 When last October's heavy rains flooded the yard around her Columbia, S.C., mobile home, Richshanda G. thought she and her five-year-old daughter Mylon would be fine once the water receded.

But when her home's floors began to buckle, and the wheels of her wheelchair started sinking in, Richshanda knew the water had caused serious damage to her home and the situation exceeded her ability to cope. "I could see the ground through the bathroom and bedroom floors," she said. "I couldn't keep staying here with the floors like this."

Thanks to a public service announcement on a local news channel, Richshanda learned of the Disaster Recovery Support Initiative (DRSI), a collaborative effort of the United Church of Christ, Church of the Brethren and Christian Church (Disciples of Christ). A national program that gets implemented locally, the DRSI's goal is to help disaster-affected communities rebuild faster and more efficiently. In South Carolina, the initiative is fielding work teams to help flooded homeowners with repairs, and is helping the community get a long-term recovery group up and running.

"That's how I got to John," Richshanda said. John and his wife Pam, members of Bethlehem United Church of Christ in Evansville, Ind., are UCC disaster long-term recovery volunteers, serving the DRSI in South Carolina from January through the end of March.  "I don't know what I would have done without them," Richshanda said. "They've been more than a blessing. They are phenomenal. I am overwhelmed and I tell them that every day." 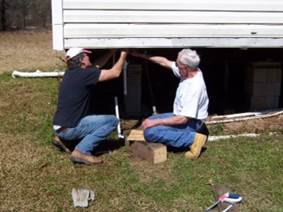 The Smalls, fellow long-term recovery volunteer Marcy Magness and a series of work teams "transferred me out of my room where I normally stay all day" into a safe corner of the mobile home. "The house had settled, and they jacked it back up to level it."

Volunteers replaced the bathroom and bedroom floors, and are correcting shoddy work done months ago by paid contractors. "The heat ducts in the bath and bedroom weren't connected, so the heat was going under the floor," John said. In addition, "the shower and washing machine were draining to the ground." "Now we are looking for the leak in the roof," John said, "and the trailer requires new skirting." He added that, thanks to volunteer labor and smart budgeting for materials, "We will change Richshanda's life for just $4,000, plus $2,000 for a new roof."

Since January, the ecumenical DRSI has completed repairs for four flooded homeowners and has three more in process, with three ready to start. "We expect to repair well over a dozen homes with varying degrees of damage by the end of March," he said.

"Clearly the ecumenical partnership among the three denominations is helping leverage additional resources for flood recovery," said UCC Disaster Ministries Executive Zach Wolgemuth. Work teams have included German Baptists from Vandezande, Mich.; a "Lend a Hand" team from Harrison, Pa., and (Feb. 28-March 5) a team sponsored by the Evansville, Ind.-based UCC Tri-State Association and Bethlehem UCC. March 6, a Church of the Brethren work team from northern Indiana arrived on site. Typically work teams come for a week at a time. Additional work teams are scheduled for the spring and summer, "but the schedule is far from full," John said. "That is challenging for us, when we have to stop work for several weeks."

For her part, Richshanda said she has never lost her faith in God despite all she has endured, including the 2008 automobile accident that left her legs paralyzed and the function of her arms impaired.  "I was on the interstate when another car cut in front of me and ran me off the road," she said. At the time of the accident, she was two months' short of graduating college with a degree in social work.

Richshanda said her mother helped her until she died in 2013; now neighbors and daughter Mylon "help me a whole lot. Mylon tells me every day, ‘You are the best mom ever.''' Richshanda is able to "wash, sweep and mop" and gets in and out of her home thanks to ramps front and back and her motorized wheelchair.  I hope eventually to finish my degree," Richshanda said. "And to raise my daughter, get her through college and not hold her back. And to recover from my spinal cord injury and walk again."