The Rev. Jack Seville, who served for decades as a United Church of Christ pastor, seminary professor and Conference minister, died Saturday, Dec. 21, in Oshkosh, Wis. He had been in hospice care. He was 81. 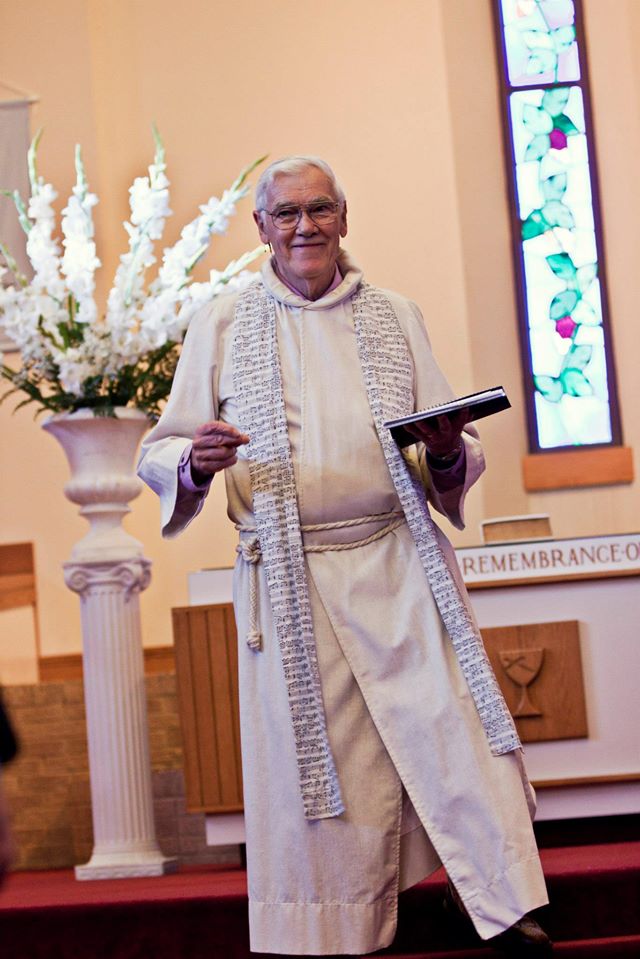 Those who knew his ministry are remembering him as a joyful leader, scholar and mentor who influenced the careers of many – and who brought his love of theater to bear in church and community productions and in skits in meetings and retreats with colleagues.

Born May 18, 1938, Jack J. Seville Jr. graduated from Hagerstown (Md.) High School in 1956. He received an associate’s degree from Hagerstown Community College (1958), a bachelor’s in history from Franklin and Marshall College, Lancaster, Pa. (1960), and a divinity degree from Lancaster Theological Seminary (1964).

His first pastoral work came as a seminary intern at Zion Evangelical UCC, Baltimore, in 1963. He was ordained in 1964 after being called as pastor of Church of the Holy Trinity, UCC, Hagerstown. Three Pennsylvania UCC pastorates followed, at Church of the Redeemer, Hershey (1964-69), St. Andrew Church, Lancaster (1969-1974), and Colonial Park, Harrisburg (1974-76).

While at St Andrew, he earned a master of sacred theology degree from Lancaster Theological Seminary (1973) and was appointed to a faculty position by its president, the Rev. Robert Moss, a future president of the UCC. Seville taught biblical Greek as adjunct assistant professor of New Testament studies (1970-76).

Then came more than 25 years as a leader in the wider UCC. As associate conference minister of the South Dakota Conference (1976-88), he received thanks for his leadership from the indigenous people of the Dakota Association, who gave him the title of Honorary Chief. As an interim associate with the national Office for Church Life and Leadership (1988-89), he co-authored a widely used resource, “Called to Care.” As Conference minister of the Northern Plains Conference (1989-2000), he was especially remembered for his ecumenical leadership in disaster response during and after statewide floods in 1997.

As a role model, thought leader and encourager, he influenced young pastors as well as more seasoned colleagues, well beyond the rural settings where much of his career was focused.

The Rev. June Boutwell, currently serving as pastor of Zions Reformed UCC, Greenville, Pa., first encountered Seville when she was a young adult attending regional UCC meetings on the Great Plains. He impressed her as “a man who could relate to those who wore boots and those who wore suits.”

“As a girl from a small ranching community, I was intimidated by the leaders in suits, but Jack showed me a different kind of leadership,” Boutwell said. “Later, when I was on national staff and had the opportunity to work with him more, I learned from Jack that relating to boots and suits was about listening to others’ stories and finding a way to make them connect to a faith/scriptural narrative.”

The current moderator of the Northern Plains Conference credits Seville with his path to ministry. Ken Adams owned a dry-cleaning business in Valley City, N.D., and was a lay leader at Congregational UCC there when he started studying to enhance his ability to help lead services. About that same time, Seville, seeing a need for substitutes when minsters were absent, started a pulpit-supply program and invited Adams into it.

“I filled in across the entire state and experienced much joy, thanks to Rev. Seville and this program,” Adams said. “From there we developed a licensed ministry program and a path to ordination.” After completing courses through UCC-related United Theological Seminary in Minnesota, he is now the Rev. Ken Adams and pastor of two North Dakota churches: Congregational UCC, Wahpeton, and Emmanuel UCC, Hankinson. “None of this would have been possible for me and others without the foresight of Jack Seville,” he said.

The Rev. Davida Foy Crabtree, who was Conference minister in Southern California and Connecticut while Seville was in North Dakota, credited his honesty with changing the ways in which colleagues around the country supported each other. “He is the reason the Conference ministers began to look at the way we staff and the imperative of at least one colleague for each of us,” Crabtree said. “His willingness to name the loneliness of the solo Conference minister, and our recognition of the health and spiritual issues as a result of that isolation in such challenging work in challenging contexts, changed our relationships with one another in powerful ways.” 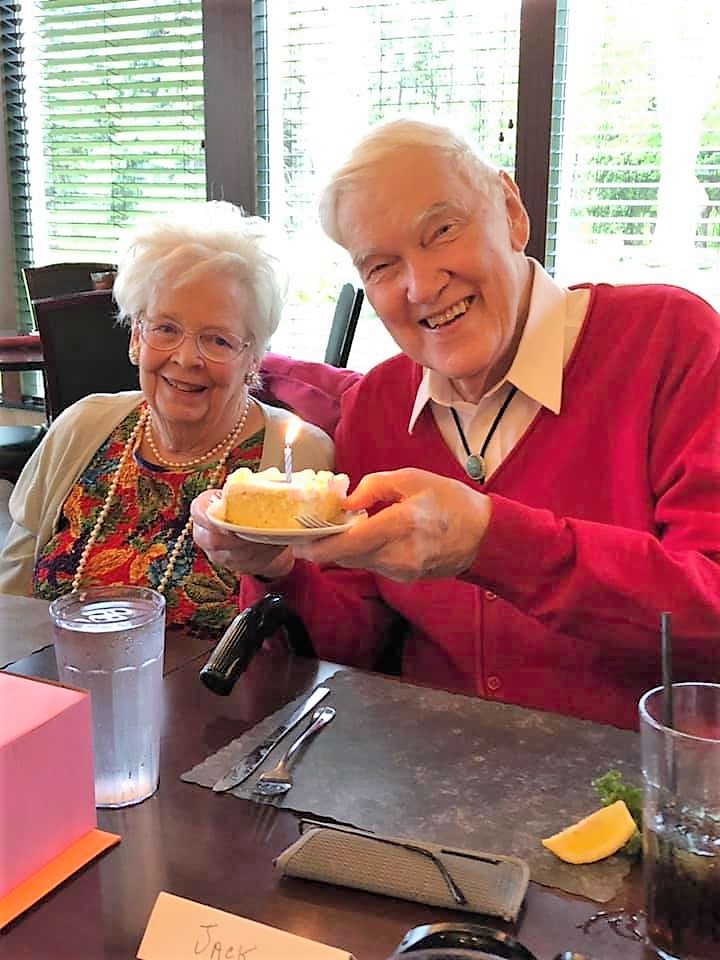 He and his wife, Fanny, lived for a time at Uplands Village, a UCC-related retirement community in Pleasant Hill, Tenn. – and Boutwell, then serving on the Southeast Conference staff, again benefited from his mentorship.

“He encouraged me to develop a boundary training for retired clergy,” Boutwell said. “I saw what a healthy retired life could be with people still engaged in community, worship and justice. I love that the ability to listen to story developed into a writing career in his later life, extending his ministry in ways that were not related to the pulpit. I count it a blessing to have encountered him in his and my various roles repeatedly over the years. I learned much from him about relationships and a keen eye and ear.”

Several of Seville’s friends on the social media platform Facebook have posted theater-related remembrances, including pictures of him performing in an August 2019 musical production “Joseph and the Amazing Technicolor Dreamcoat” at Oshkosh’s Jolly Jester Children’s Theatre. From annual Conference minister meetings in the 1980s and ’90s, Crabtree remembered “his self-deprecating and hilarious sense of humor” and “the skits he and Alan Miller and Steve Gray would put on almost spontaneously at times.”

Seville is survived by his wife, Fanny, of Oshkosh, where the couple have lived for several years, three adult children and three grandchildren. The family has announced a “celebration of life service,” to be held at 2 p.m. Saturday, Jan. 18, 2020, at First Congregational United Church of Christ, Oshkosh. An obituary can be found at the website of Konrad-Behlman Funeral Homes, which is handing memorial arrangements. 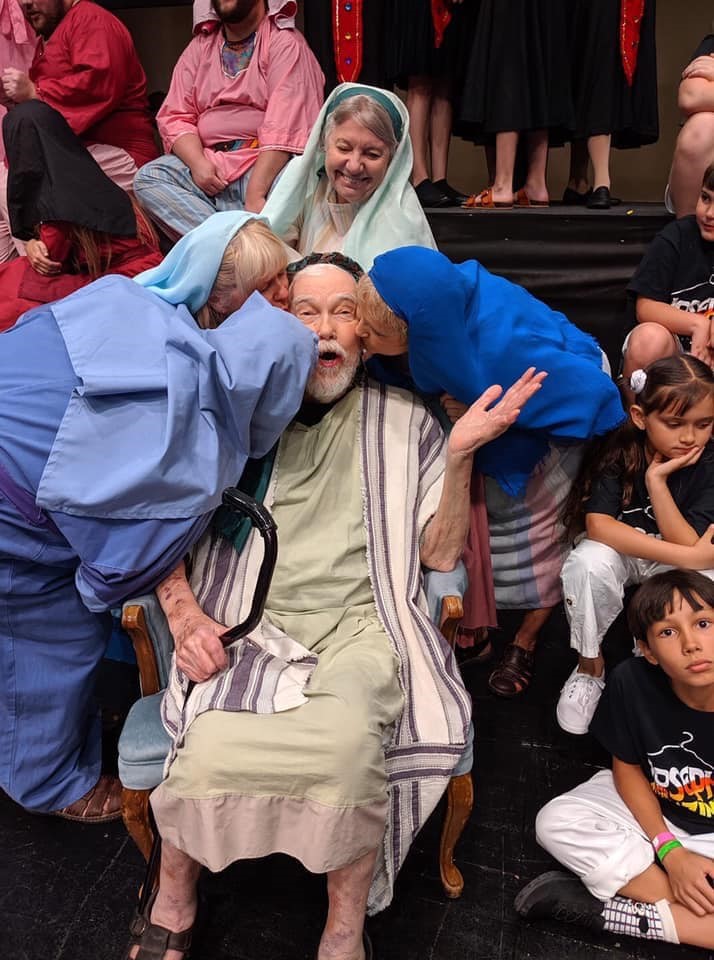