It’s Not Over Yet: Stop the Tax Cuts and Jobs Act

Great thanks to all of you who acted on our faith call to love our neighbor by opposing the Senate version of the Tax Cuts and Jobs Act.  Although we are deeply disappointed that the Senate narrowly passed this harmful legislation, there is still time to act. 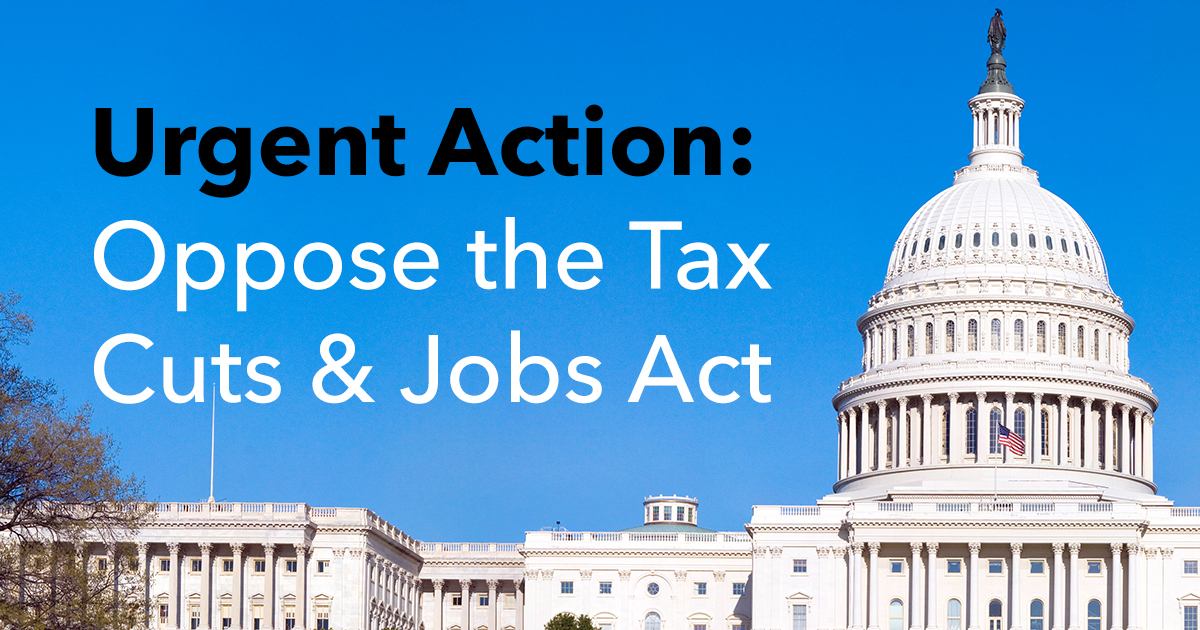 The bill now moves to a conference committee to reconcile differences in the House and Senate version of the bill.  This means there is still time to lift our voices in solidarity with the most vulnerable, children and families who stand to lose health care coverage and access to vital social service programs if this legislation moves forward.  Congressional leaders are pressing to get the bill reconciled and on the President’s desk before Christmas, so we must act now.

Don’t let our elected officials give a lump of coal to those on the economic margins this Christmas for the sake of stuffing their own Christmas stockings with campaign donations.

Contact your members of Congress and urge them not to rush this fundamentally flawed tax bill to the President’s desk.  Urge them to take a bipartisan approach to tax reform that does not come at the expense of our most economically vulnerable neighbors.