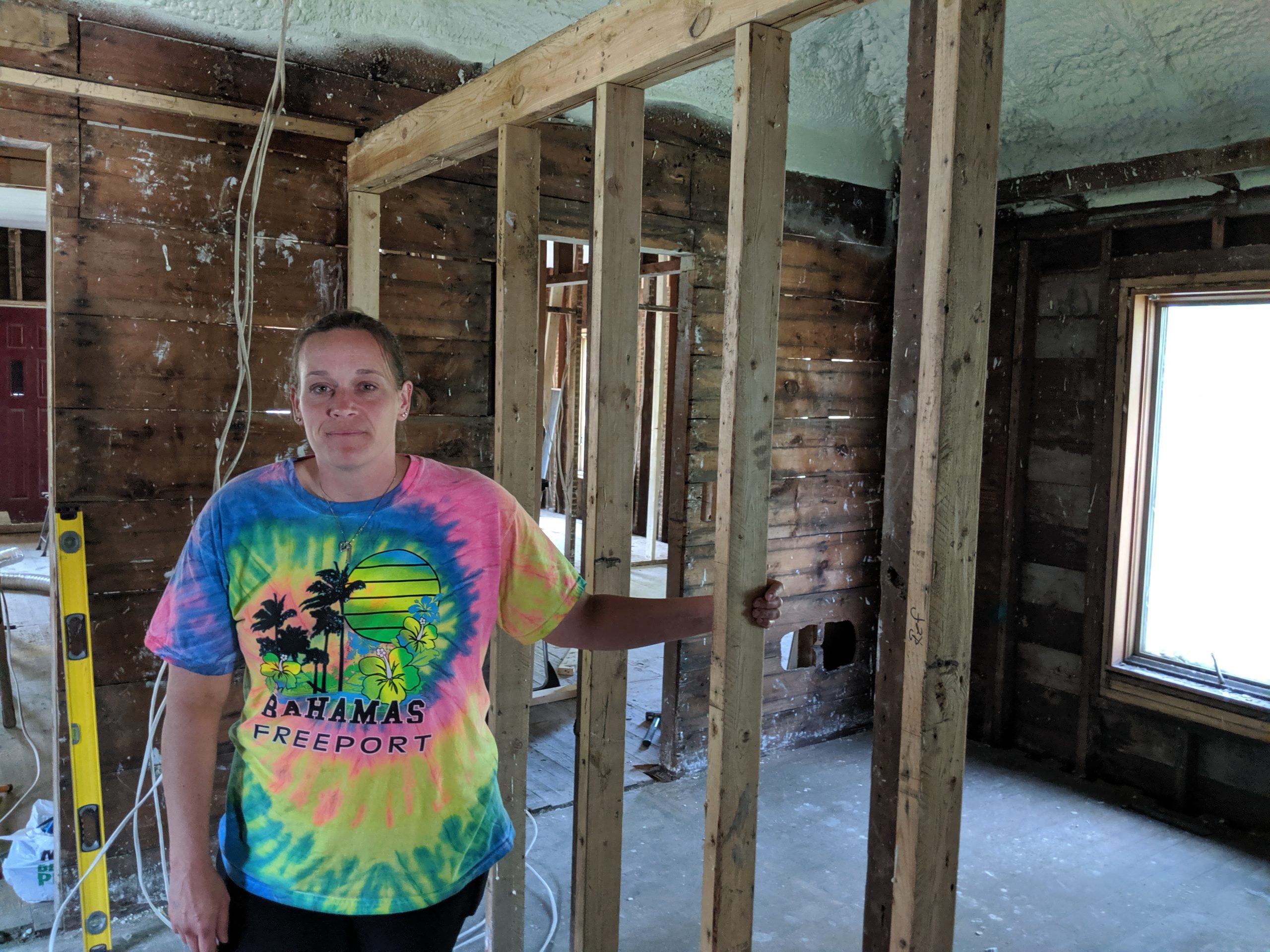 The damage inflicted by severe flooding and tornadoes across the United States this spring can be quantified in billions of dollars. It also can be described by the ache in one mom’s heart to get her four daughters back into the only home they’ve ever known.

Clydie Nelsen, 38, and most of her more than 400 fellow citizens of Pacific Junction, Iowa, including her father who is the town’s mayor, had to flee their close-knit town in mid-March when muddy floodwater from the Missouri River breached multiple levees six to seven miles away.

Pacific Junction and other parts of Mills County were inundated. Nelsen’s home took in 9-1/2 feet of water. She and her daughters stayed with an aunt for a few weeks, then found a rental in nearby Glenwood.

Nelsen’s father is a carpenter by trade, and she has worked alongside him for years. Once the floodwater had receded, they mucked and gutted her house “with a lot of help from friends, family and volunteer groups,” Nelsen said. The electricity is back on, but not the water, and several major appliances were ruined.

“It might not be two or three months, or even six months, but we’ll get back there,” she said.

UCC Disaster Ministries Executive Zach Wolgemuth recently visited Glenwood and Pacific Junction, and made a stop at Nelsen’s home. Clydie’s pastor, the Rev. Susan Reed of First Congregational UCC in Glenwood, accompanied him. That church and three other area congregations have been active in sustaining flood survivors with spiritual and material support, including hot meals – three times a day the first 90 days, now twice a week.

Wolgemuth said, “We talked about the unique challenges facing their community and the transition from emergency response to long-term recovery, which is UCC Disaster Ministries’ specialty. We also prayed together and discussed next steps, including the role of the UCC in supporting the community-led recovery efforts.” 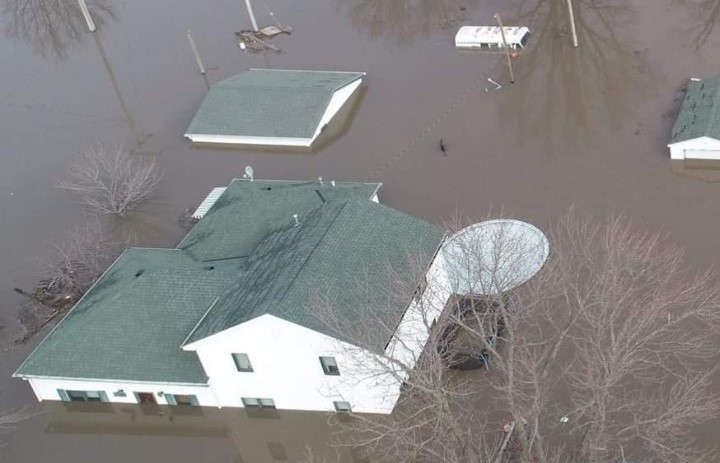 Recovery will take a long time, and will be uneven, Reed noted. For some households, the emergency phase is not yet finished. Nearly four months after the flooding began, “the waters are not totally gone and the levees have not yet been fixed,” she said.

While pursuing her own recovery, Nelsen also is serving as construction coordinator for the newly forming long-term recovery group, the Mills County Disaster Coalition. First Congregational Church UCC in Glenwood has agreed to serve as the fiscal agent for the coalition.

The coalition is wholly nongovernmental, composed of residents who “want to help whomever we can in the county without personal gain,” Nelsen said. The coalition expects to set up case management soon.

“We will try the best we can to help people rebuild or at least stay in the county,” she said, adding, “Don’t forget us. We are going to need the help of a lot of people for many months to get back home. A lot people have lived in this town their entire life. We just want to get home.”

UCC Disaster Ministries has already contributed an initial $17,000 to local UCC congregations, including the Glenwood church, in response to the needs of families and communities in impacted areas. Funds are supporting food pantries and meal programs, along with temporary housing, gift cards, transportation and other assistance. In addition, water filters valued at nearly $5,000 were contributed to Oklahoma flood relief efforts in rural communities where personal well water has been contaminated.