Introduction to the International Decade for People of African Descent

The General Assembly of the United Nations has declared 2015–2024 to be the International Decade for People of African Descent. In proclaiming this Decade, the international community is recognizing “that people of African descent represent a distinct group whose human rights must be promoted and protected.”

As people of faith, we know every part of humanity is a reflection, an embodiment of the wisdom and power of God. Yet all of our collective humanity has been diminished and ruptured through the enslavement of African peoples and the colonization and exploitation of those same peoples’ land.

One of the ways the church is engaging with the Decade is by doing targeted work towards combating racism, racial discrimination, xenophobia, and related intolerances faced by people of African descent. We know that prayer has the power to transform and amplify our actions. We therefore invite people to pray during this midway point in the Decade for the human rights and fundamental freedoms of people of African descent.

At the outset of the creation stories, God declared that all that was made was good. Included in the goodness of creation was the creation of woman and man in the image of God (Genesis 1:26-27). The Imago Dei is present across many traditions which note that the equality of human kind rests on the theological premise that all people are a reflection of the Divine. The sin of racism and the disenfranchisement of individuals because of their race or skin color is antithetical to the Imago Dei.

The unity of the church is reflected in the rich diversity that is present in all of God’s people – race, gender, ethnicity, theology – all are created in the image of the Divine. It is the mission of the church to work towards equality and to ensure that the inclusive message of the Gospel is present and accessible for all people. The gospel message is a call to action on behalf of the least of these. Jesus’ ministry was a message to the margins of his day “to proclaim release to the captives and recovery of sight to the blind, to let the oppressed go free” Luke 4:18.

The call to the church in this day is to bring the good news of the gospel, and to ensure that the oppressed go free. The oppression of racial justice must be addressed in all areas of society. The church has the opportunity and mandate to be present in addressing the challenges facing African Americans and all African descendant people globally.

The history of racial injustices in the United States and across the Americas is tied to the commodification of African lives through the Transatlantic Slave Trade. Records point to the earliest enslaved people being brought into the United States in 1619. However, the kidnapping and enslavement by the Portuguese of African people dates back to as early as 1441.

The ensuing years of the Transatlantic Slave Trade saw the removal of 12-15 million Africans from the continent to support the need for free labor during the Industrial Revolution in Europe. This bounty of free labor supported a plantocracy founded in imperialism and supported by the demonization of Africans and African-ness.

This arrival of African people in the Americas was undergirded by stereotypes. These stereotypes were present in naming Africans as inferior to Europeans. This vilification and stereotyping of African peoples was supported by Christianity and Christian doctrine. By utilizing the Bible, theology and the Church as instruments of oppression, white supremacy and white privilege became normative in the Americas. These instruments of racism are still present among us almost two hundred years after emancipation and over fifty years beyond the Civil Rights movement in the United States.

The United Nations stated: “In proclaiming this Decade, the international community is recognizing that people of African descent represent a distinct group whose human rights must be promoted and protected. Around 200 million people identifying themselves as being of African descent live in the Americas. Many millions more live in other parts of the world, outside of the African continent.” These 200 million people in the Americas identified by the UN are the descendants of Africans who were kidnapped from the African continent and enslaved in the Americas.

The United Church of Christ and its predecessor bodies have been strong advocates for Civil Rights for African descendant people in the United States. The General Synod has spoken on several occasions regarding racism. 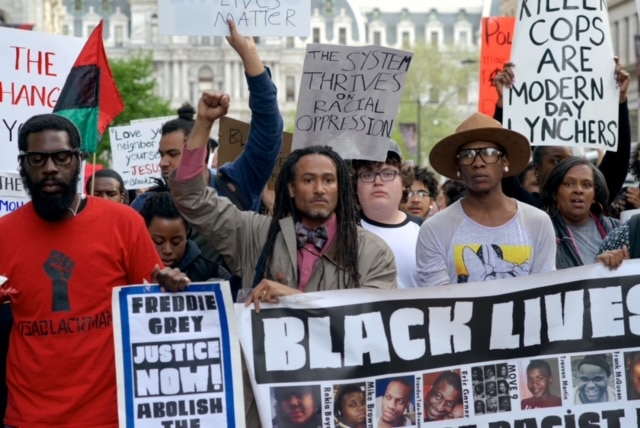 Read Reparatory Justice, Truth-Telling, Conciliation and Healing – An Interactive Educational Study Guide for the Christian Church in the 21st Century.