Into the Mystic: Winners and Losers 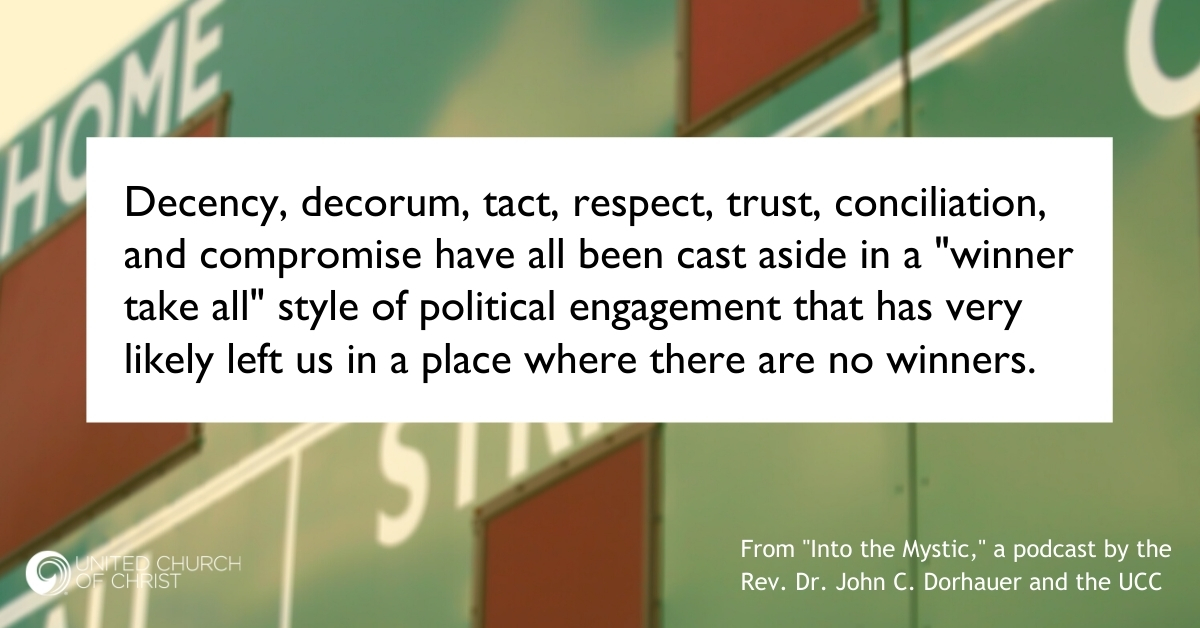 Unless we purposely show mutual respect for one another, and cease to shame and inflame, healing the divide will never occur.

When I was a teenager, there was a youth group movement built around a new way to engage in play. There were a few resources that changed a fundamental assumption about how games were played: no winners, no losers.

There was a board game called the UnGame. Participants traveled around a board that looped around in a circular path with no beginning and no end. Every square called for a question to be asked in a different category and for the one in play to answer honestly. I remember one night before my graduation from college playing this with a group of about seven or eight friends. We never went to bed – we stayed ‘in play’ all through the night and grew closer and closer to each other as the night wore on.

And then there were a series of books that came out called ‘New Games.’ It was an exploration of play that engaged large groups of children and youth of all ages and skill levels and that had no winners or losers. That was the premise. I remember two pieces of equipment that became very popular as a result of those New Games: the parachute and an inflatable, body-size ball that you would encase yourself in and bounce off of others wearing the same thing. You would fall and roll and spin with no threat of injury.

These new modes of play were fully intended to break a paradigm that tended to damage relationships, engender anger and animosity, and often break a person’s spirit. The paradigm of play that assumes that when the game ends, there will be a winner and there will be a loser. Our culture knows what to do with winners and how to treat losers. Egos and psyches could be altered in a moment depending on where one ends up on that scale. Are you a winner or a loser?

When it comes to our current state of politics, this sense of win at all costs has altered our desire and ability to relate to one another. We have internally accepted a moral code espoused by the once despised owner of the Oakland Raiders, Al Davis: “Just win, baby.”

Decency, decorum, tact, respect, trust, conciliation, and compromise have all been cast aside in a winner take all style of political engagement that has very likely left us in a place where there are no winners.

I would like to see Republicans and Democrats sit in a room for a long while and play the Ungame. I’d love to see Mitch McConnell and Nancy Pelosi spend a long night together answering questions about their childhood fears and hopes, their favorite movies and books, or what five things they would take with them on a desert island. I’d pay money to watch Donald Trump and Joe Biden suit up in an inflatable body-suit and bounce off of each other until they giggled themselves silly.

And when all of that ended, I’d want them to sit down and map out a pathway of shared and mutual support for healthcare, for COVID relief, for education, for infrastructure, etc.

When our play assumes I only win when you lose – we all lose.

This election has done damage to us all. We need to heal, because we have sacrificed decency to win. We allowed ourselves to say things about each other that were intended to hurt and discredit. Was one side worse than the other? You will all likely say ‘yes’ in answer to that, but your answer will vary depending on who you voted for.

There is a better way.