Into the Mystic: When the Sacred Becomes Something Else 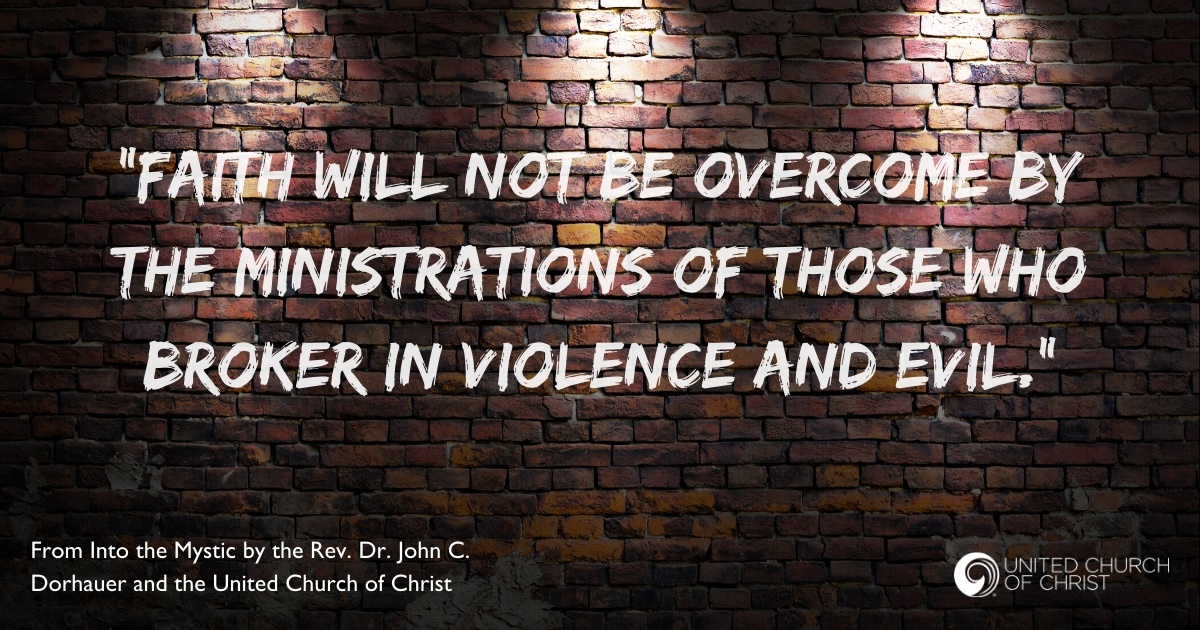 When God’s faithful become the target of evil, reaching out with even more faithfulness to God will help us overcome that evil.

A few months ago I sat in the sanctuary of the 16th St. Baptist church in Birmingham, AL. I listened to one of the deacons in the church tell the story of the bombing there in 1963 that killed four young girls who were attending Sunday School.

A few years back, when researching white privilege, I heard a presentation from a former white supremacist. He talked about how he got recruited and then trained for operations. One Sunday, he found himself sitting in a church that had a gay pastor. His mission was to plant a bomb, set the timer for detonation, and walk out. In the middle of the service a pang of conscience hit him. He refused to do it, leaving when the service ended with the bomb still in his briefcase and no one the wiser.

I once worked with a church in Southwest MO that was attacked by a mass shooter whose attempt to kill the pastor was thwarted when a deacon dove in front of the pastor and took the bullet instead.

And just yesterday I learned of a UCC church in Montana whose live, online worship was zoombombed by someone who stole their live feed to show pornography of the most vile sort.

I have worked with church leaders over the years who for a variety of reasons had become the targets of either threatened or actual violence. My own church doors in Lebanon, MO where I served for eight years were once spray-painted to read “Satan’s Army Rules!”

I must confess, I don’t understand what attracts those with evil intent and malice aforethought to do the unspeakable in the houses of the holy.

In every setting where I have witnessed this or ministered in its aftermath, there was trauma and then there was healing. Faith has a quality to it that lingers long after the potency of the pain dissipates. Faith will not be overcome by the ministrations of those who broker in violence and evil. We will all suffer from evil’s deleterious consequences, but no effort to end faith or shake the foundations upon which its adherents build their lives ever really seems to succeed.

I have borne witness not just to the evil, but to the capacity for the faithful who have been targets of that evil to cry out to their sacred; and for their sacred to respond in ways that continue to feed the faith.

When protesters marched in Birmingham they sang “We Shall Overcome.”

And overcome they did.

There was an immediate and powerful sense that evil doesn’t win when it takes a life or destroys property; it wins when in its aftermath we lose faith. Paul captured this well when he wrote with both the assurance and the defiance of faith: “O Death, where is thy victory? O grave, where is thy sting.”

I call for prayers for those from that church in Montana who gathered Sunday to worship, only to have their worship attacked by a violent criminal. Let them be strengthened by the great cloud of witnesses who have come before us and whose faith could not be shaken by the worst the world could offer. Let them find within their own faith the same assurances that God can and will heal.

And may we all continue to reach out to our sacred, our healer, our source of love, peace, hope, and joy on this, our journey Into the Mystic.