Into the Mystic: Welcome Week 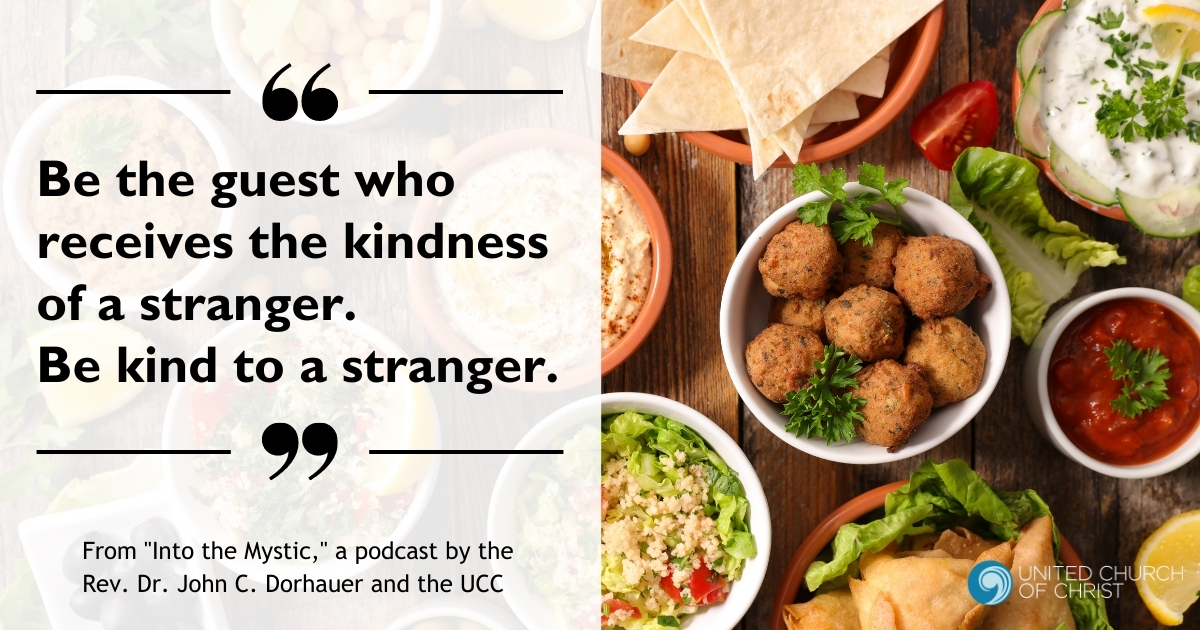 What would you do if a stranger from another country came knocking at your door today?

For the last couple of years, the United Church of Christ has partnered with an organization called Global Cleveland. Global Cleveland’s mission is to create a warm and welcoming environment in our city for anyone who is arriving from another part of the world.

Each fall, Global Cleveland hosts a whole week of events to welcome immigrants and let them know that they have friends and allies who are interested in their safety and success. The week begins with an interfaith service that we host in Amistad Chapel. With the global pandemic, this year’s worship will be virtual. It is an intentional effort to give all cultures and religions an opportunity to see and express themselves in an authentic and safe space.  I can’t tell you how proud I am that our sacred space is thrown open to all. It is a time of sacred expression that binds us to new friends who are  likewise invested in creating a just  world for all.

Part of the joy I know as a person of faith are the inter-cultural  exchanges that I have had the opportunity to experience in many countries and cultures around the world.

I have kicked a soccer ball while wearing my suit and tie with a child at a school in Palestine.

I have played the sacred drum from the homeland of Africa in a village of Afro-Venezualans in the jungles of Venezuela.

I have a favorite falafel stand in Old City Jerusalem and met the old  man whose family  guards the  doors of  the  Church of the Holy Sepulcher.

I have danced in the sanctuary of a village in the Andes mountains  in Colombia with  an elderly woman who didn’t speak my language nor I hers.

I have walked the streets of Oslo with a young man named Christian and  kayaked with  a South African woman whose name I can’t remember in  Sydney  Harbor.

I have eaten with refugee families from Africa while in Sicily.

I have stood  at the southern  tip  of Bangladesh with families whose homes along the shoreline were wiped out in a tsunami.

I have had  a marching band of young female students perform for  me on the Jaffna peninsula in Sri Lanka.

The world round is filled with beautiful people who bear the image and likeness of our God.

The world round is filled with one culture after another that practices hospitality as a spiritual discipline.

Having known that hospitality in so many places around the world, how can I not welcome the stranger who comes to my city?

This pathway to spiritual health and wholeness comes in two ways. Be the guest who receives the kindness of a stranger. Be kind to a stranger.

In a political landscape where immigrants and refugees are demonized and vilified, let your acts of hospitality be what the stranger you meet remembers on this, our journey Into the Mystic.