Into the Mystic: Tribute to a Friend and Mentor 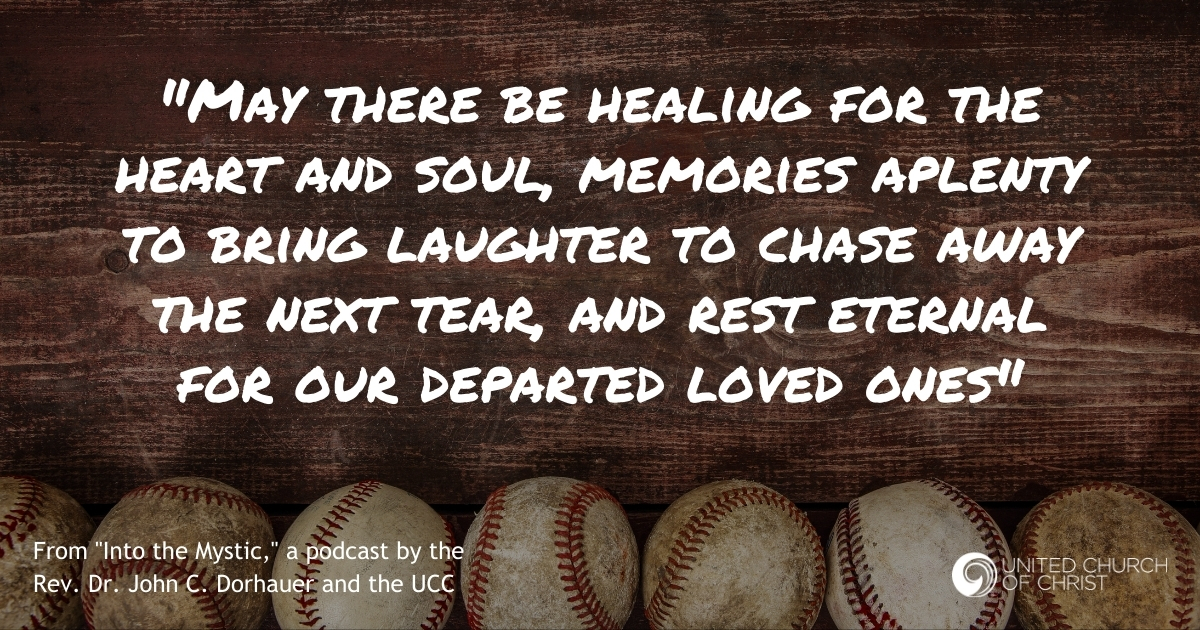 David Lyon and I first met at some seminar clergy were asked to attend. I found myself sitting alone in the back of the room until some older man with a wispy beard and a bit of a hunched back came and sat next to me. I was brand new in ministry, and I had not met him. We shared a mutual and somewhat healthy disdain for a presentation we felt was substandard and somewhat a waste of our collective time.

We walked out to our cars and when I noticed a window sticker from his favorite baseball team. All I did was notice that window sticker and ask him if he truly was a Cleveland baseball fan. The hour of conversation that was to follow was the best part of the day and the birth of a friendship that would last over 30 years until his untimely and unexpected death last week.

David was what we would call a curmudgeon – but the kindest and lovingest one you could imagine.

He adored his wife Paula and befriended a little mutt called Bentley.

He loathed about church politics and waxed eloquent on all matters theological and ecclesial.

He was the master of the ten-minute sermon and was a pastor whom young and old alike felt deep kinship with.

When I first served on the Committee on Ministry, he was the chair. He used to intentionally sit next to me and grab my leg under the table to control the anger I felt at pastors who had abused their office to hurt people. I found that hard to accept and he became the wise elder who tamed the passions of the young upstart.

Because of that, I would call him often. We talked almost every week for 30 years. Especially as I began working in the Wider Church, I would use David to check my motives and censor my voice in order to keep me from doing and saying stupid things I would regret. He was quick to tell me I was over-reacting, and always willing to offer the wisdom his additional in ministry afforded him.

He is the only person I have ever met about whom I will admit he is a bigger baseball fan than I am. I won’t lie – the baseball thing did as much to solidify our friendship with each other as much as the church stuff. He had an amazing collection of museum worthy artifacts from deep in baseball history and lore. I would go and spend hours reading and holding and admiring the collection. He was an amazing home chef and could cook elaborate meals for me. We would retire to the porch to sit with some wine, his beloved wife Paula, and the devoted Bentley. As the night wore on, he would prepare the guest bedroom for me and every time I would say, no, I am going to sleep on the couch in the baseball room downstairs. Just being in the midst of that collection was respite and balm for me.

We took several trips together – all of them to fulfill our passion for baseball. I remember one such time we were both going to be in St. Louis for different meetings but on the same night. The Cardinals (my favorite team) were in town and we agreed that after our meetings ended we would go to the game together. We arranged to meet at the ticket window that Thursday night.

I decided I would drive in a night early and catch the game the night before. Why not? I didn’t tell David about that. I was just going to enjoy a night at the ballpark. I walked up to the ticket window for the Wednesday evening game and whom did I see in front of me? Yep, David. He had the same idea and we just happened to walk to the same ticket window at the same time. We spent two nights together at the ball park.

I miss him. He was a damn good husband, pastor, and loving friend. We have all had a lot of loss of late, and this is among the many things I carry heavy grief over. I lift us all up in prayer for the David’s we have lost. May there be healing for the heart and soul, memories aplenty to bring laughter to chase away the next tear, and rest eternal for our departed loved ones on this, our journey Into the Mystic.