Into the Mystic: Towards None Being Excluded 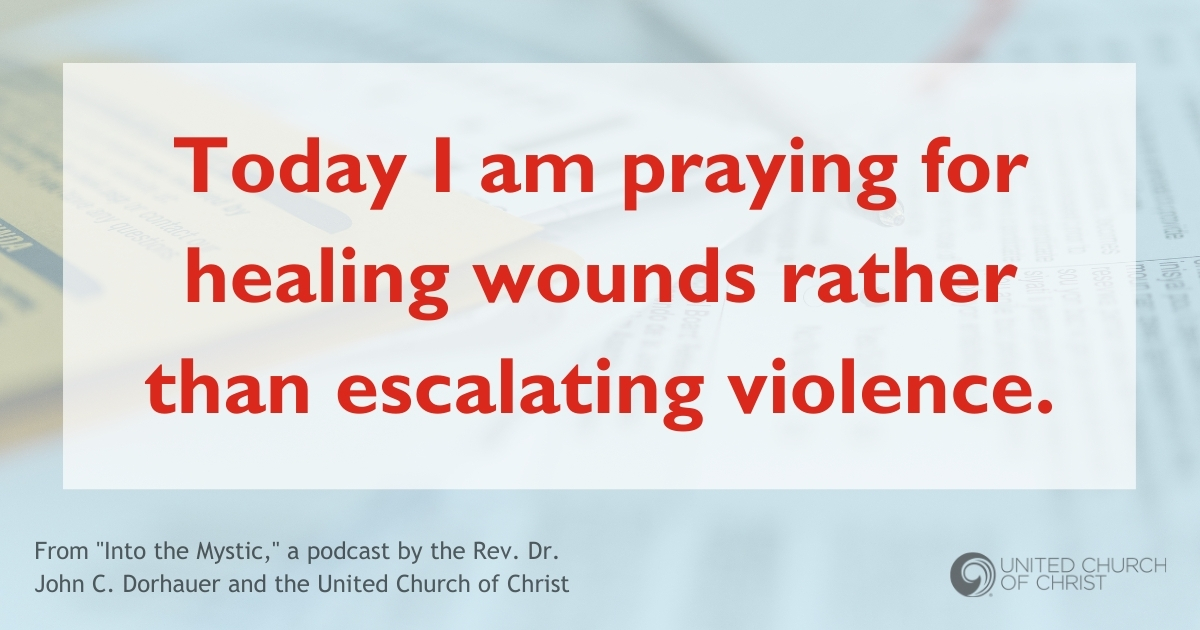 As votes are tabulated during this season of election, let us pray that whatever the results, that no one is excluded.

And although we may not know the outcome to the election, the votes are in and the process of counting them is under way. As was once said by Caesar upon crossing the Rubicon, the die is cast. There is an outcome determined, although it may take a few days before we know the outcome.

What is not determined is how we will respond to what we learn.

I will admit, I am conflicted about that.

I find myself spiritually pulled in many directions at one and the same time.

On the one hand, I have been preaching and repeating and saying over and over again our call is to love one another across political divisions – even the ones that are the logical outcomes of our empassioned theological imperatives. We are, after all, a united and uniting church called to find pathways to eat at table with all God’s children. No election should alter that commitment.

On the other hand, I am angered by and terrified of caravans of trucks surrounding a campaign bus and forcing it off the highway and not allowing it to reach its destination; armed and angry vigilantes intimidating voters; hundreds of lawsuits hoping to disqualify legitimate ballots; and a call for Proud Boys and their ilk to stand by.

But I also fear that just being passive and peaceful and loving as chaos threatens to erode the foundations of our democracy is just unacceptable. I can’t just march peacefully as the LGBTQIA community have their rights stripped,  as millions have their health care stolen from them and also have to face the uncertain future of never getting it back because of previous health conditions, or as people of color find their righteous demands for equity and justice again silenced by a rising tide of race-hating, armed vigilantes.

Just three days ago, I opened an email from a friend in England. He is the pastor of the Reformed Church in Cambridge. He closed his email with this wise thought: “How one could wax lyrical about so much one hears, but seeking an outcome that works towards none being excluded is certainly the bottom line.”

Yes, Nigel, that is the bottom line.

The vote is in; the die is cast.

May we continue what has been a long, arduous, and often painful pathway towards none being excluded on this, our journey Into the Mystic.