Into the Mystic: The Beloved Community 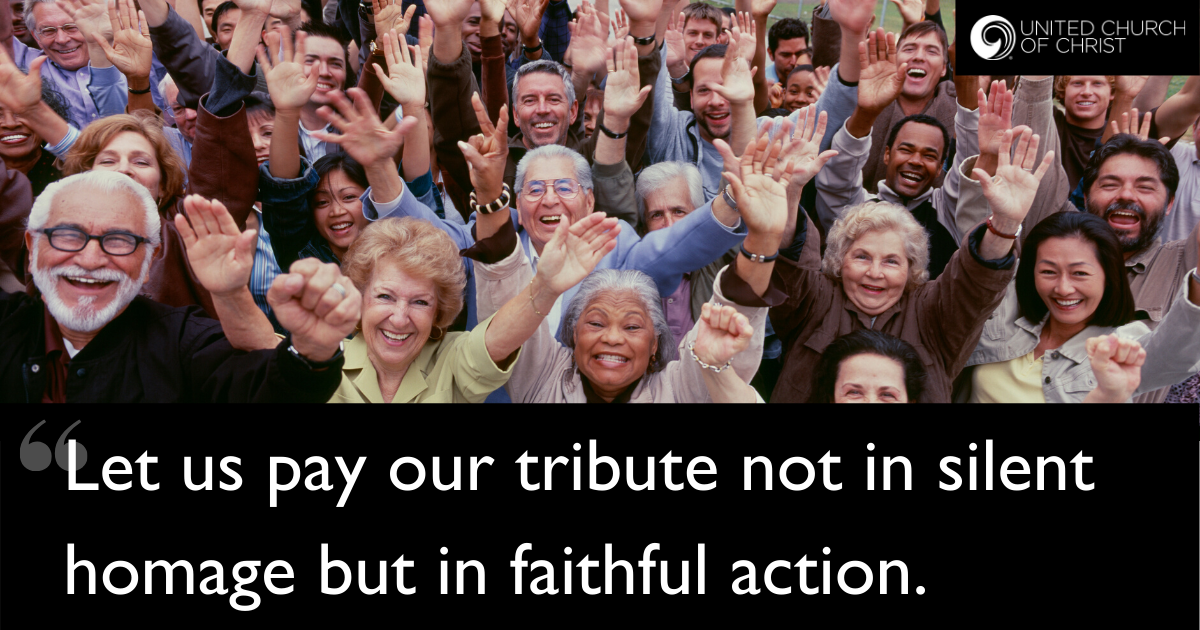 Let us pay not silent homage but homage of faithful action to the Rev. Dr. Martin Luther King, Jr. and all others who shed their blood for justice and freedom.

I was six years old when the Rev. Dr. Martin Luther King, Jr. was assassinated. His dream did not die with him. He was not the first one to have such a dream – but I know of know few others whose words, whose actions, and whose entire life would be so collectively aligned in such a way as to inspire generations to believe in that dream with him.

I won’t pretend to carry in my own bones the visceral, the existential, nor the all-consuming desire for that dream of freedom that Martin carried within him. While my passion for equity and equality are authentic and deep, I am well aware of how my life of and in privilege mitigates in some very real ways both my commitments to and my internal drive for justice. Martin fed those passions and desires. The memory of his life and the recitation of his words continue to fuel them.

On Monday of this week, I sat and listened to two youth, one young man and one young woman, read to a captive audience once again those words that, once uttered, assured us that humanity would never again be without a clear understanding of what it was God desired from us: that all of our children would one day be judged not by the color of their skin, but by the content of their character; and that from every corner of this nation and the globe we would all conspire to let freedom ring.

I am not persuaded that we are all that much closer to realizing his dream today than when, as Bono put it, “Early morning, April 4, shots rang out in the Memphis sky.” Along the way, important steps have been taken to create what Dr. King called the Beloved Community. Just as often it seems as though steps have been taken to counter those efforts and to maintain and further instantiate a system of white skin privilege bolstered by myths of white power and white supremacy that have found a resurgence in these days.

The privilege whites conspire to dole out and to receive comes at a high price, but one that far too many of us have demonstrated a willingness to pay: the price of guilt and shame; the erosion of spirit health and wholeness that will only finally be fully realized for white and black and brown bodies when systems of oppression end; the joy of participating in the Beloved Community called for by God’s vision of Shalom; and worst of all the now centuries long pain, suffering, and degradation of generations of races of bodies, souls, spirits, and lives whose suffering accumulated only because of the color of their skin.

White America sacrificess spiritual wholeness and health, impedes the joy of living as one in the Beloved Community longed for by the Creator and exhibited in the one we call Jesus, in order to sustain a system of privilege that benefits them.

We don’t need another Dr. King. His life, his words, his actions, along with the words, lives and actions of so many others like Harriett Tubman, Sojourner Truth, Fannie Lou Hamer, Andrew Young, Rosa Parks, Maya Angelou, Oscar Romero, Gandhi, Abraham Lincoln all ring down through the ages and make it clear to us what God desires and what we need to do.

Let us pay our tribute not in silent homage but in faithful action. Let us repeat as often as needed words that inspire. Let us tell our children again and again the stories of those whose shed their blood for the freedom of all hoping that, as Dr. King reminded us it will, the arc of history bends always towards justice on this, our journey Into the Mystic.