Into the Mystic: That Smile 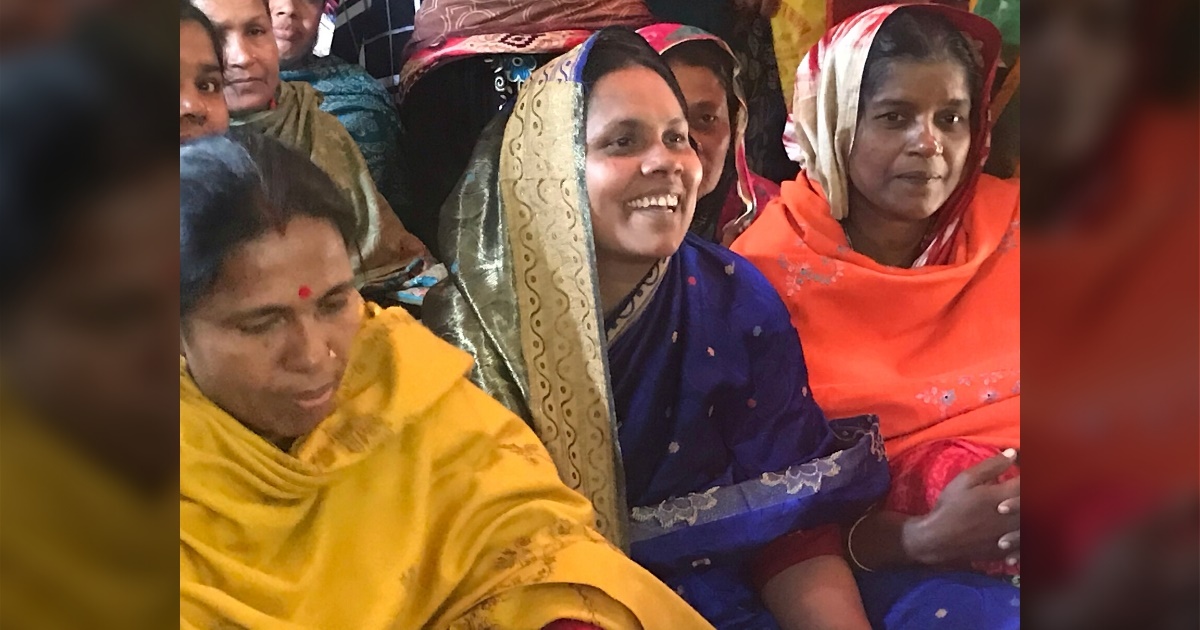 There is joy in the world where one would otherwise presume it ought not to be. This is a story of such joy. May it inspire you as you listen to the podcast.

It was a four hour drive out of the Capital city, Dhaka. We drove down a busy two-lane highway through what can only be described as the most maddening traffic patterns anywhere. Either we or oncoming cars would routinely cross the line into oncoming traffic at high speeds, only to lurch suddenly and at the last second back into the thickness of bicycles, motorcycles and pedal cars crowding our lane.

After hours of that maddening pace, eventually growing accustomed to one near death experience after another, we left the paved road and traveled down narrow dirt roads through thick foliage to arrive at a remote, small village of farmers. Their small huts and makeshift shacks were home to a small circle of families whose livelihoods were being threatened by climate disasters.

Even from half a world away, my denomination works with an NGO that has created a network of grassroots organizers that educates and empowers the leaders chosen from and by remote villages like this. They work together to secure microloans, develop seed varieties that resist the rising seas and the salt water with which their farmland is now infested, create villages compost piles.

A young man met us as we got off the bus, riding his bike across the dirt berm down which we walked to enter the village that separated us from two lagoons. He immediately began speaking to me in English. He  was proud to tell me had was the village’s representative for a startup small business that worked with Bangladeshi college professors  to invent a small, low cost, highly efficient stove for cooking with  firewood that is much safer that the one they had been using for decades. He wanted to take me to see his house. And he introduced me to his mother, who used her microloan to buy 19 chickens two years ago. She now has over a thousand, a significant source of income for the entire village.

When the women of the village took us into a small village, their elected leader proceeded to tell use the story of their remarkable growth from dire and desperate poverty to sustainable living. Their now lush gardens were giving off enough produce to feed the village; and enough to create product to sell in the local markets.

I have rarely felt the joy that erupted inside of me as she spoke for them all. When she finished, one of the women in our delegation spoke about how remarkable it was what they had accomplished; and how proud we were to be able to support their work.

As she spoke, a woman in the front row, seated on the cold ground, had a smile that she could not contain. Hearing that this group of strangers who traveled from half a world away to visit their small, remote village thought that what they were doing was nothing short of miraculous gave her an inner joy she could not contain or hide. That smile was pure, unadulterated joy. I share it with you in the accompanying photograph. You will see what I saw: pride and joy at knowing they did it. They saved a village of people living in utter desperation, created hope, and invented a way of recovering from climate disaster that the rest of the world will learn and benefit from.

That son of the chicken farming mother? When we left the building with the women, he met us outside and told us this: two years ago he had no idea what joy was. Now, he felt it every day.

What I felt hearing that, and seeing that smile – was joy. Funny how it reproduces itself that easily. In the gospel of Luke, Jesus is reported to have said this: “Do not live in fear, little flock, it has pleased your Creator to give you the kindom.” I believe we were meant to know joy.

There is real joy out there in places all over this world where it ought not to be. May your own days be punctuated with a joy that this world cannot destroy, and your heart cannot fully contain on this, your journey Into the Mystic.

Reflect On The New Year