Into the Mystic: Peace on Earth 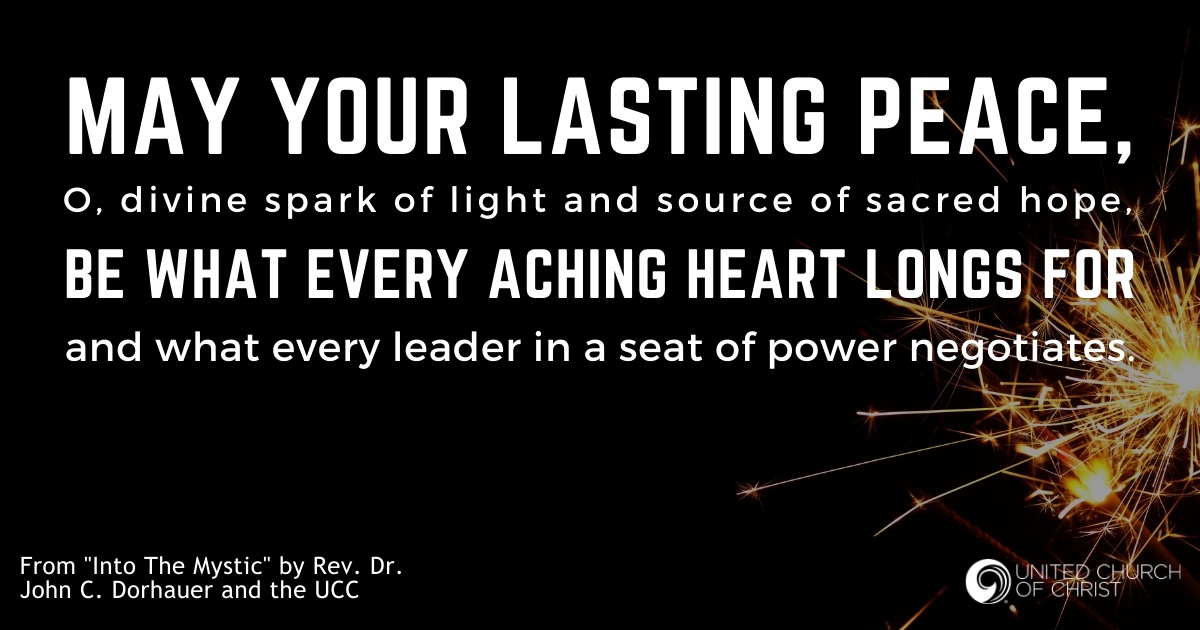 Hear John's prayer for a peaceful Korea as you listen to this podcast.

In just a short while, I will participate on a zoom call with leaders from around the world marking the 70th anniversary of a war that began on the Korean peninsula.

After the second World War, sovereignty over Korea was taken from Japan. A part of the peninsula was given to Russia to oversee (North Korea), and a part was given to the United States (South Korea). The division was made at what is known as the 38th parallel. In 1950, with the cold war between communist Russia and the US picking up, war was declared between what had been a common people – now fiercely divided and caught between the world’s two super-powers.

An armistice was signed three years later, but not before over five million people died – over half of them civilians – totally over 10% of the Korean population. Since then, the 38th parallel is now occupied by what is infamously called the ‘Demilitarized zone.’ It is a misnomer if ever there was one, as it is one of the most militarized places on the globe. There has never been a peace treaty officially ending the war.

Two years ago, leaders from both the North and the South met for the first time across the boundaries of that DMZ and signed commitments to creating a lasting peace on the peninsula. It engendered much hope. Among the commitments made then were the creation of liaison offices – one each on either side of the 38th parallel – at which citizens of both nations would meet and work out designs for a lasting peace.

Two weeks ago, North Korea bombed their own liaison office – a clear signal that tensions were again mounting and commitments to peace were dissipating.

I will offer this prayer, and ask that you join me:

Dear Holy Spirit of the living God and the risen Christ,

Whose movement among us inspires peace between all peoples:

We come to you to pray for a lasting peace and end to war on the Korean peninsula.

For 70 years the good people of Korea have endured the trauma of war and rumors of war.

Too many people have lost their lives to violence. Too many children have lived through the trauma that the threat of war brings.

Let the people breathe air free from the threat of war. Let them live upon land no longer smeared with the stain of bloodshed.

Let the peninsula ring loudly with the bells of unification. Let the border between North and South be filled not with militarized defense forces but with gardens of peace and flowers of hope.

May your lasting peace, O divine spark of light and source of sacred hope, be what every aching heart longs for and every leader is a seat of power negotiates.

Until that day comes, let your Spirit of compassion rest upon the people of this great land. May they endure with hope the days that remain between what is now and what You envision will become a land of peaceful people and silenced weapons.