Into the Mystic: How Majestic 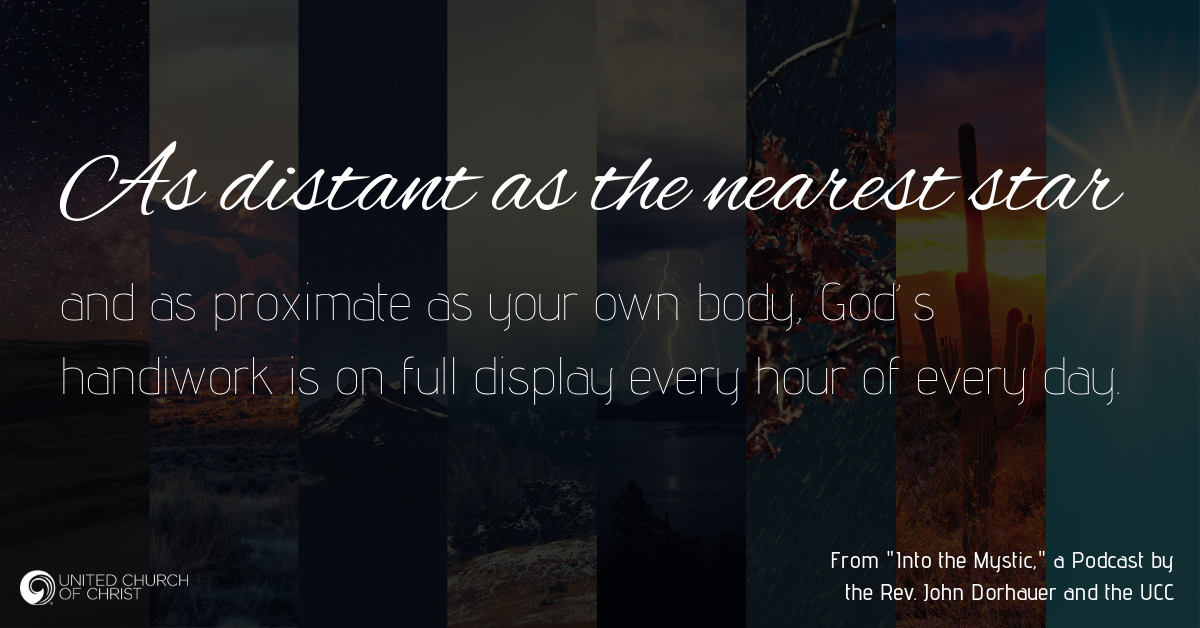 Psalm 8 begins "O Lord, our Lord, how majestic is your name in all the Earth."

I have experienced something akin to the kind of awe expressed by the Psalmist many times in my life. I have been wrapped in something ineffable, an inarticulate wonder that marvels at the works of God’s hands. I have been changed in moments so profound that words want to but fail to capture their affect.

Once, after leading a men’s retreat in Southern AZ., I found myself lying on the hood of my car late one evening, a blanket wrapped around me as dessert air temps dropped with the setting of the sun, staring for hours at the sparkling stars and the pulsating rhythms of the universe.

Another time I was leading a group of young hikers through the Pecos wilderness in Northern New Mexico. Having built a fire and completed the evening prayer service, I stayed up as the weary campers disappeared into their tents for a night of peaceful slumber. The night sky just danced above me, throbbing in constant activity. The depth and dimensions apparent at altitude and without light pollution created a panorama of stark beauty that get missed inside the cities, towns, and suburbs where I spent most of my days.

The next morning, I arose early and climbed the side of the mountain we were calling home for the night. It was still very dark when I arose. While the position of the stars had shifted, their glory was still evident and still quite breathtaking. Within the hour, the pool of blackness in which the stars had swum slowly exploded into color right before my eyes. A faint pink turned slowly into intense reds, yellows, and oranges as the sun slunk upon the horizon and warmed the morning air.

Later in the week, on a mountain not far from the one I sat upon earlier that week, we were stopped from our daily hike by a storm that rolled in without warning or expectation. We could see the clouds form around us, and within a matter of minutes the wind grew, the temperature dropped, and the rain pelted us for about an hour. As the storm passed, and most of the youth were pre-occupied with what were now drenched clothes and sleeping bags, I paused. We were at about 12,000 feet altitude, a perspective that afforded me an opportunity I have only had that one time in my life. As the clouds moved on over the mountain, they lowered themselves down the steep slopes. I stood in utter awe as I found myself above the clouds, watching lightning spark below me.

In all these moments, I experienced something that I am sure inspired the Psalmist to pen these words that follow that opening line in the 8th Psalm:  “When I consider your heavens, the work of your fingers, the moon and the stars, which you have set in place, who are we that you are mindful of us, human beings that you care for them?’

I consider the heavens, the work of your hands, the moon and the stars which you have set in place.

Who are we that you are mindful of us?

Look up, look in, look out and you, too, will see it: the glory of God.

It can be found in star and sky, in soul and spirit. As distant as the nearest star and as proximate as your own body, God’s handiwork is on full display every hour of every day.

The Creator of heaven and Earth has called you by name and declared you good.

Let there be awe abundant on this, our journey Into the Mystic.