Into the Mystic: God Will Be There 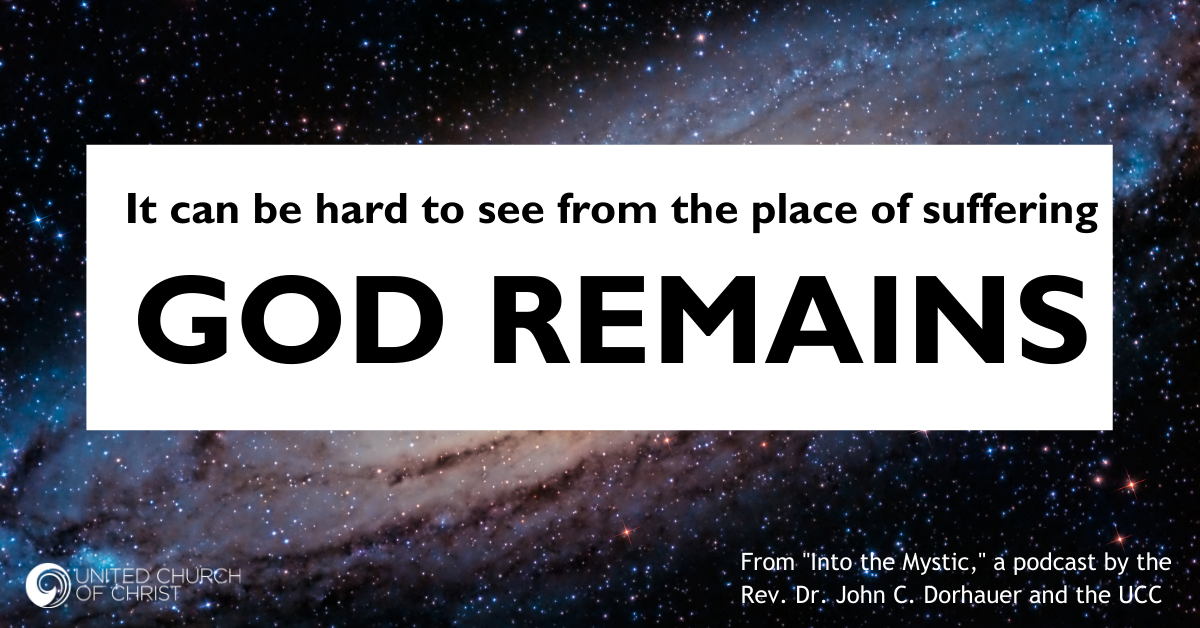 Faith says that after trouble, pain or, death, God will be there.

In what has become one of the more harrowing habits of mine, I routinely check the COVID website every morning to see what happened the day before.

The numbers have become almost incomprehensible.

I don’t know how to react or respond to this. My brain and my body and my emotions can’t go deep enough to fully comprehend and process how much grief must be expended to honor the sickness and death we are all enduring.

Late last week, I received notice of a pastor who was in ICU with COVID fighting for her life. I lit a candle and began praying for her. As of this writing, she is still fighting and that candle is still burning. I have never met her, and yet the moment I learned of her struggle I went out into the dark, cold night and walked the streets in prayer. Grief poured out in a flow of tears I could not stop.

Churches and schools and businesses and restaurants that had opened with the hope that maybe we were on the other side of this pandemic are all wondering about the wisdom of that. As much as we all long to resume past normal activities, two things become increasingly clear: now is not the time; and whenever this ends what we once knew as normal will have shifted in some as yet unknown way.

Last week, I was invited to write and Advent devotional for my home church in Avon Lake, OH. I was given a passage from the 13th chapter of Mark – his apocalyptic one. At first I thought – who would want that? Then I thought for a moment and realized it was the perfect passage for this time.

Mark’s world was falling apart quickly. A full generation had come and gone and Jesus had not returned. For a faith just being birthed that lived with the assumption he would return any day this became a stumbling block. Over millennium of persecution and suffering was supposed to end when the Messiah came. Instead, the young church waited as each day of suffering continued and no Jesus. All of that fear culminated in the destruction of Jerusalem and the burning of the Temple. Faith in Jesus was crumbling as quickly as the walls of Jerusalem did at the hand of the Roman armies.

Mark’s gospel was written for a church weakening in faith and waning in hope in the midst of all of that suffering and fear. That thirteenth chapter was a glimpse into the hell they were living through. There is no sugar-coating any of that. And at the end of that passage, Mark reminds us all of a line from their sacred texts: “Though heaven and Earth pass away, yet the word of God remains forever.”

It can be hard to see from the place of suffering, God remains.

We have never been told or taught that faith in God, or faith in God through Jesus, immunizes us from pain, suffering, and death. It only promises that after all of that, there is God – and we with God.

I don’t know when it will. All I can say right now is that when it does, God will be there. I am asking today that this be enough for all of us to wake up one more day and endure what may come on this, our journey Into the Mystic.