Into the Mystic: Expurgation 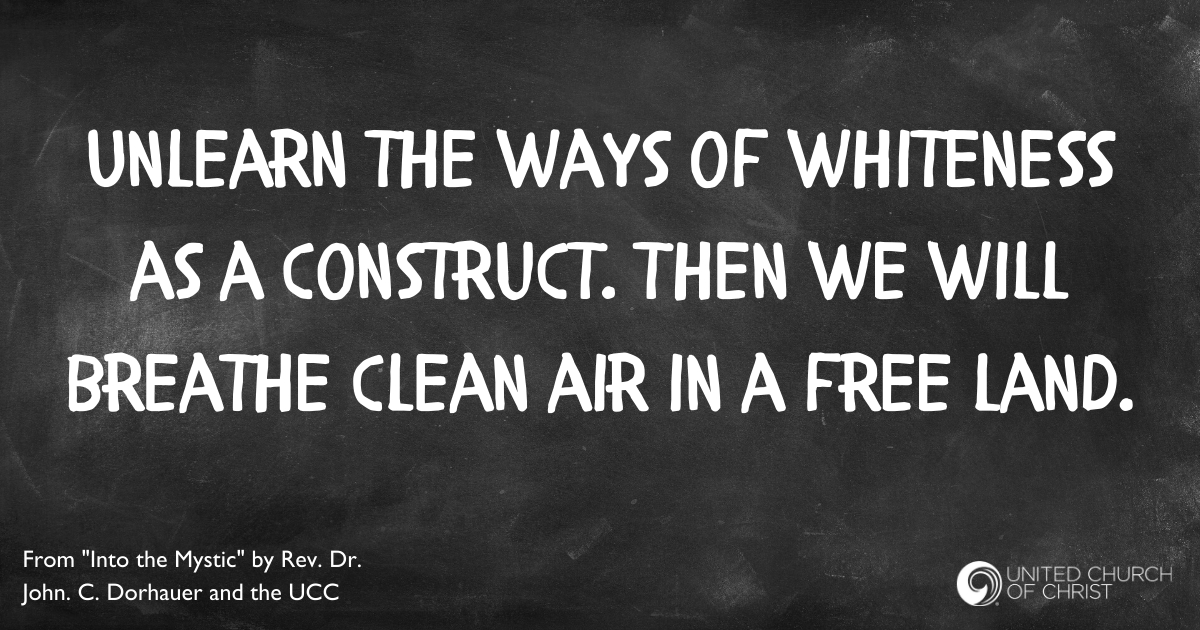 God sees and loves us all as equals, and it’s time that we do the same.

I am going to take a little artistic liberty today.

Let’s start with some etymology – a favorite pastime of mine.

The word expurgate comes from two Latin roots: purgare, to cleanse (think purge); and ex – from. To expurgate something is to cleanse it thoroughly of something offensive. It is commonly used – well, almost exclusively so – to refer to the work of censoring written or filmed material. Here is where the artistic liberty comes into play.

Not a censoring, mind you. When one is censored, someone else does the silencing. It is involuntary, and the one censored feels wronged and still wants to argue for the use of their language – even knowing it offends.

I am talking about an active America, not a passive one being acted upon, removing from its midst the kind of offensive garbage that has long plagued us. I am talking about the ill-effects of a colonial patriarchy that engenders racism, homophobia, and misogyny – among other things, of course, but let’s start there.

Tanenisi Coates recently appeared on an recording in “Ghetto Activist,” in which he speculates on why whites in America don’t regard basic laws of decency. He said: “When you are white in this country, you are taught that everything belongs to you.”

As a white hetero man, raised in a culture that from the earliest stages of my childhood, led me to believe and act as if everything belonged to me– I need to unlearn a lot. I walk in the world differently not only because I believe that, but because I believe those whom I ‘other’, to be specific blacks and women and gays, have to earn the right to own something. In the zero sum world I have created for myself as a white man, I have to not want something before I let you have it. Once I want it, I am taught, I have a right to it.

A lot of offensive behavior and material and actions and laws derive from that fundamental notion.

How do you unlearn that? We need a massive expurgation.

White need to purge from their psyche what has been drilled into them from their earliest memories. Whites need a cleansing. It is this cleansing that will not only be the pathway to justice and equity that we give passing lip-service to without ever really committing to real change, but which will also cleanse our sorrowed souls from the burden of shame and guilt we have been living with since the day we entered these shores.

So, yes. Let’s all expurgate.

Topple the statues of white warlords who enslaved entire races and nations.

Burn the flag of the Confederate South.

Turn out of the White House and the State Houses and the Courts and the Classrooms any and all who espouse white supremacy as a religion and a replacement for patriotism.

Rewrite the laws and textbooks that have whitewashed our history.

Unlearn the ways of whiteness as a construct.

Then we will breathe clean air in a free land.

If you are white in America – nothing short of this expurgation will settle your soul and spirit. You are living in a troubled world and land because you have exchanged the peace that passes understanding for the baubles of what white men want you to see as valuable. It is a lie – and not only are you living it, you are forcing those whom you other to suffer unjustly to compensate for your avarice.

Yes, it is time for a cleansing – a thorough expurgation of what America has clung to for far too long with deadly and debilitating consequence. Cleansing is painful but life-giving and long past due on this, our journey Into the Mystic.