Into the Mystic: Endurance Produces Character 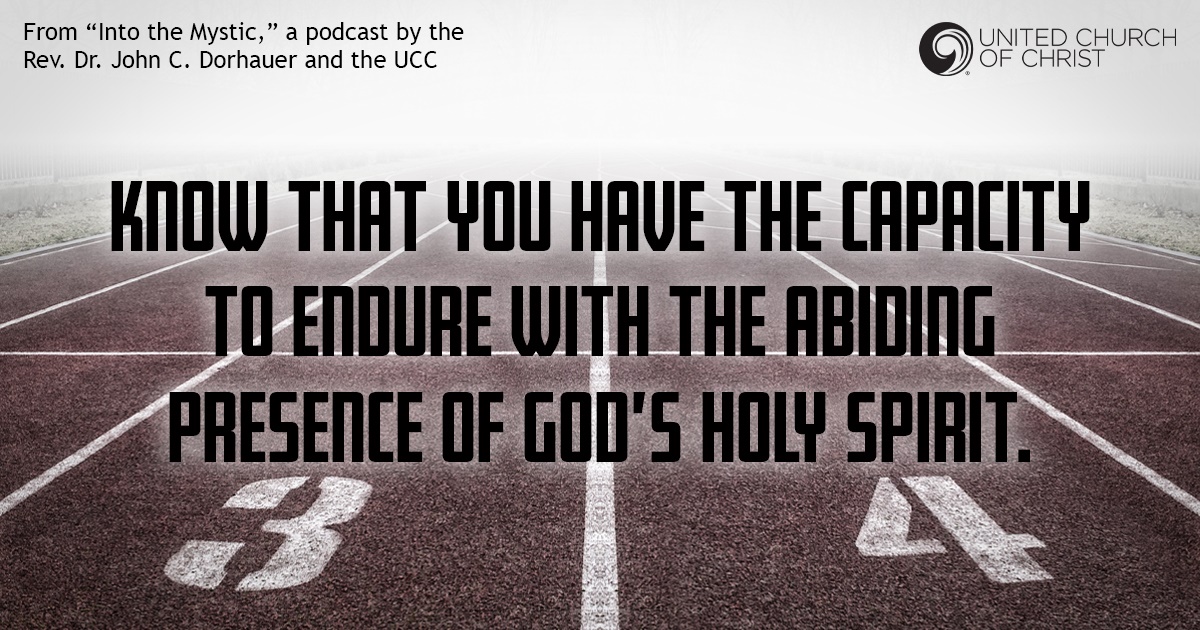 Building endurance means building strength and stamina to endure challenging times. The closer your relationship with God, in good times and bad, the more you'll be able to endure.

At times we are asked to endure suffering for our own upbuilding.

My track coach would ask me every day to endure a series of exercises, obstacles, and runs meant to stretch the limits of my stamina and endurance. I suffered through those. Though I loved running, the program our coach put us through in training turned the running into something less than enjoyable – and more something we had to endure. The hope, the expectation, was that if he could make me suffer often enough and long enough in these controlled circumstances, my body would be prepared to endure suffering for the greater good of the team when it mattered most.

At other times suffering is foisted upon us by cruel circumstance, and endurance is less a strategy for upbuilding than a matter of surviving the vicissitudes of fate.

I remember when my daughter nearly died after an accident that left her in a coma for almost an entire month. What my wife and I endured waiting for her to wake up wasn’t something we were prepared for. And yet, endure it we did – day after excruciatingly painful day until our daughter regained consciousness.

This season of pandemic reminds me of the second kind of suffering – not the kind we choose to endure to build up stamina; but the kind we must endure because we have no choice.

Romans 3.4-5 reads: “Not only that, but we also boast in our sufferings, knowing that suffering produces endurance, 4 endurance produces character, and character produces hope.” This passage follows a line that says we boast in the hope of sharing the glory of God. In his own way and words, Paul is suggesting that God reigns in the good times and the bad. Trust in God comes not just because God promises great things like the glory that in time will be revealed in us. Trust in God also comes because God’s hand guides and guards even through the suffering we endure that we neither want nor choose. It is reminiscent of the Psalmist’s assurance that ‘though we walk through the valley of the shadow of death, we fear no evil for thy rod and thy staff, they comfort me.’

Endurance is, it seems, the order of the day.

My track coach may not be the source of this suffering; but I have no doubt he would say to me now exactly what he told me then. Endure this today so that you are strong enough to endure what may come tomorrow. Push through the hurt and the pain. You will not grow without the courage to endure. Don’t quit when it gets hard.

I am not trying to put a happy face on this – that is not what this is about. I am sure Paul would agree. Paul knew that preparing for the suffering we cannot anticipate is pretty much what having faith in God is all about. It is not a shelter from the storm; it is the power to endure when the storms ravage.

Just as I would spend hours every day stretching my body beyond its acceptable and comfortable limits to prepare me for the hour of need as a track athlete; so I spend time every day in prayer, building a relationship with my sacred so that I am prepared to accept the hard times. My suffering builds endurance. That endurance builds character. And character builds hope.

Spend time every day with your own sacred – the divine spark that abides with you in times of suffering and delight. Know that you have within you the capacity to endure through and with the abiding presence of God’s Holy Spirit. She will not abandon you now – or ever. In all circumstances be ready to give thanks to God on this, your journey Into the Mystic.