Hot off the presses, new UCC Manual on Ministry fits the newest generation called to serve 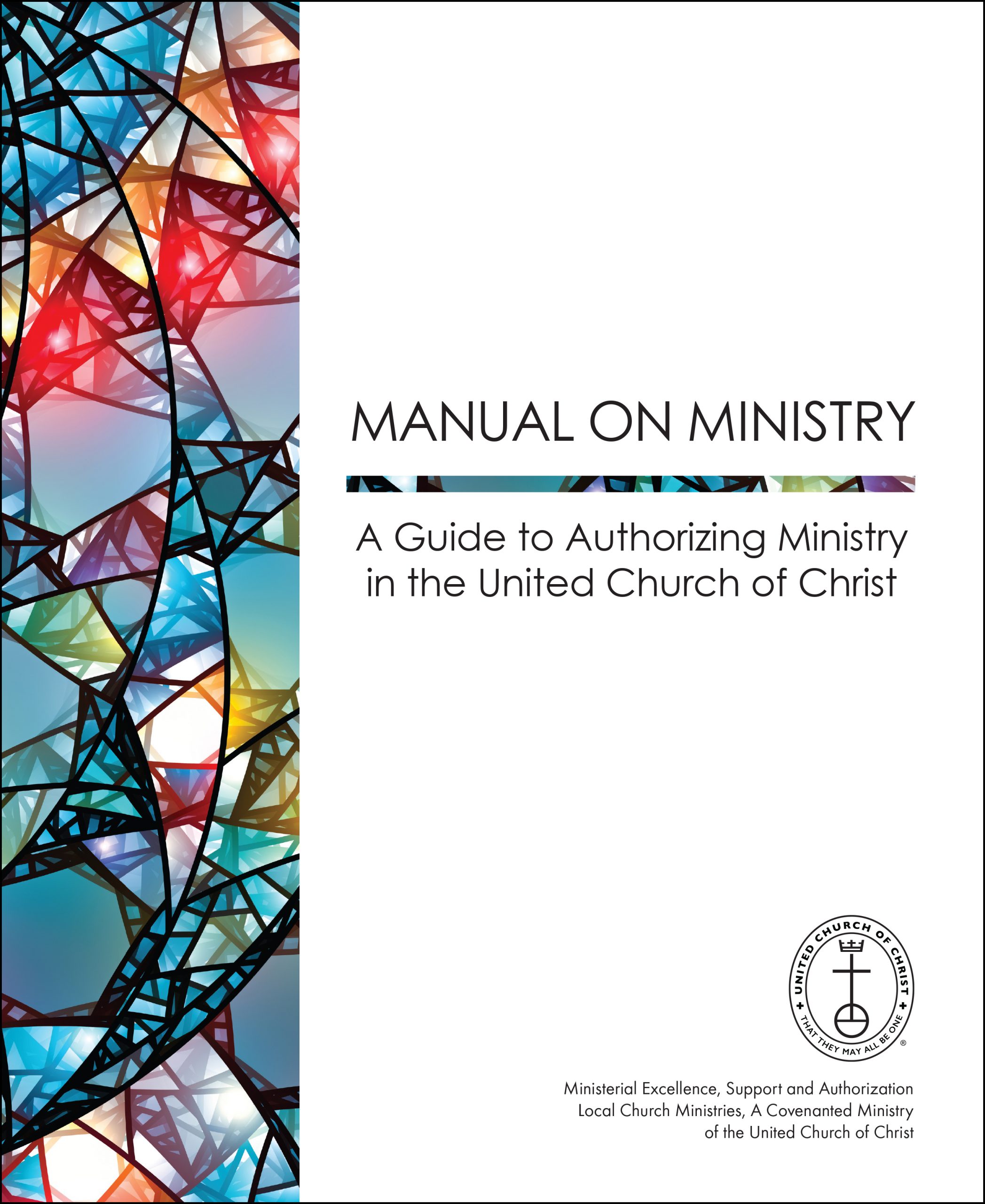 The UCC’s Ministerial Excellence, Support & Authorization (MESA) team has just released a revised UCC Manual on Ministry. The product of three years of work by a diverse group of UCC members from across the country, the latest release includes both the theological grounding and nuts-and-bolts specifics to support regional Committees on Ministry in their work.

“The last significant re-vision of the UCC Manual on Ministry took place in 1986, with editorial changes made in 2002,” said the Rev. Holly MillerShank, team leader of MESA. “Much has changed in church and society in the intervening years. Now was the time to stand on the ramparts, as the prophet Habakkuk declared, and to look out across the landscape to capture an understanding of ministry within our current context — and to lay the groundwork for the next generation of ministerial leadership.”

The Habakkuk Group — so named to reflect the call in Habakkuk 2:1-3 — “I will stand at my watchpost to see what the LORD will say. Then the LORD answered and said, ‘Write the vision; make it plain so a runner may read it. For there is still a vision.'” — incorporated the 2005 Synod Pronouncement on multiple paths to ministry into the 2018 revision. The group also sought input from across UCC settings.

“Our task as the Habakkuk Group, was to assist Committees on Ministry by producing a document which would lay out best practices for ministerial authorization,” said Eleanore Chong, co-chair of the committee and a laywoman from Hawai’i. “The landscape of the church has seen radical changes in the past 30 years. We needed to respond to those changes in ways that would keep us true to who we are as the United Church of Christ.”

The new revision contains three main sections. The first lays out the theological grounding of the manual.

“It’s no small detail that the new edition of the Manual on Ministry articulates a theological grounding for ministerial authorization in the United Church of Christ, which distinguished it from past editions … and is just as critical to the ministry of Committees on Ministry as the practical processes outlined in the Manual,” said the Rev. Rachel G. Hackenberg, managing editor of The Pilgrim Press and faith-forming publications, who served as liaison between MESA and the Habakkuk Group during the revisioning process.

The second section, comprised of six sections, is most similar to the previous version. Among other things, it spells out the processes for ministry, clarifying dual standing and privilege of call; includes a brand new Ministerial Code; honors the 2005 Pronouncement with a competency-based model; and outlines the four forms of ministerial oversight in the UCC. Section two also has two articles specifically fashioned to meet current and future demands in lay and non-traditional ministries.

The 2018 edition “takes seriously the changing expectations for ministers’ professional employment,” Hackenberg said. “No longer can it be assumed that every minister will receive a full-time pastoral role in a congregation, or that every candidate for ministry will attend four years of college followed by three years of seminary without needing to weigh their employment options with their student debt.” The new manual “equips Committees on Ministry to examine diverse professional calls that ministers might receive, and to support ministers through continuous vocational discernment.”

Another major change to the 2018 manual concerns a new “Lay Ministerial Standing.” This new form of authorization is a significant move away from the previous licensed and commissioned categories of lay ministry, and encourages currently licensed or commissioned ministers to consider ordination.

“One of the most-discussed changes … is the shift from two forms of lay ministry to one, with the recognition that many lay persons who currently serve as authorized ministers are equipped for and may be called to ordained ministry,” said Hackenberg. “This discernment is borne from the theological grounding of the 2018 edition, and from the Habakkuk Group’s serious consideration of licensed and commissioned ministers as bearers of the presence of God and representatives of the United Church of Christ.”

While future lay ministers will follow the path outlined in the new manual, current licenses and commissionings will not cease to exist, said MillerShank.

The final section of the new edition lives online and includes multiple resources, sample forms, templates, and discussion guides for Committees on Ministry.

The Habakkuk Group and MESA approached the new manual “from a deep intentionality of listening to the needs of the church, articulating our shared values, and leaving room for both local expressions and the Holy Spirit,” MillerShank added. “The ministry of Committees on Ministry themselves are highlighted as a central locus of authority within the United Church of Christ — the resourcing and equipping of which needs to be an ongoing priority of the denomination.”

The biggest strength of the 17 members of the Habakkuk Group, said Chong, “was that we were a true reflection of the breadth and depth of the United Church of Christ as she is today. We were diverse and inclusive. The Rev. Cameron Barr and I, as co-chairs, were a snapshot of that: he is a young, white male clergyman, and I am an older Asian-American laywoman. He was from Iowa (now the east coast, North Carolina), and I am from Hawai’i.”

The process included semiannual, in-person gatherings of the Habakkuk Group and small group discussion and writing assignments. A draft was circulated to conference staff for discussion at a December 2016 event, and feedback from that was incorporated into the 2017 draft shared with the wider church. Regional conversations were hosted by MESA, and those conversations helped shape the final version.

The 2018 edition “represents a truly collaborative process across the United Church of Christ. Every piece of feedback received was read and prayed over,” said MillerShank. “While no set of guidelines will ever perfectly align with the multiplicity of perspectives and desires found within the UCC, our hope is that as a denomination, we will find common value in supporting authorized ministers and responding together to the Good News of Jesus Christ.”

Hackenberg agreed. “Like the United Church of Christ itself, the Manual on Ministry doesn’t assume that we are like-minded in all matters of church life, but it invites us to commit ourselves to relationship (covenant) and to take seriously the collective work of discernment as we ask how God is at work in the lives of authorized ministers and candidates for ministry. That’s the beauty of the Manual on Ministry as well as its challenge … and it’s the beauty and challenge of being church.”

The 2018 Manual on Ministry can be ordered through UCC Resources.