A leader of the “Nuns on the Bus” movement told an online United Church of Christ audience Sept. 3 that having her “heart broken open” by hearing people’s stories “across geographies” is what fuels her outspokenness for social justice.

Sr. Simone Campbell, executive director of Network Lobby for Catholic Social Justice, was interviewed by the Rev. Traci Blackmon, UCC associate general minister, during a webinar, “Driven by Faith.” The conversation was recorded as part of the UCC’s “Thursdays for the Soul” series and can be viewed on YouTube by clicking here or on either of the images accompanying this article

Campbell shared examples of what she has heard during years of listening to all kinds of people across the United States – often on her organization’s widely publicized bus tours, which have happened almost yearly since 2012, but also in very recent virtual conversations. She told of: 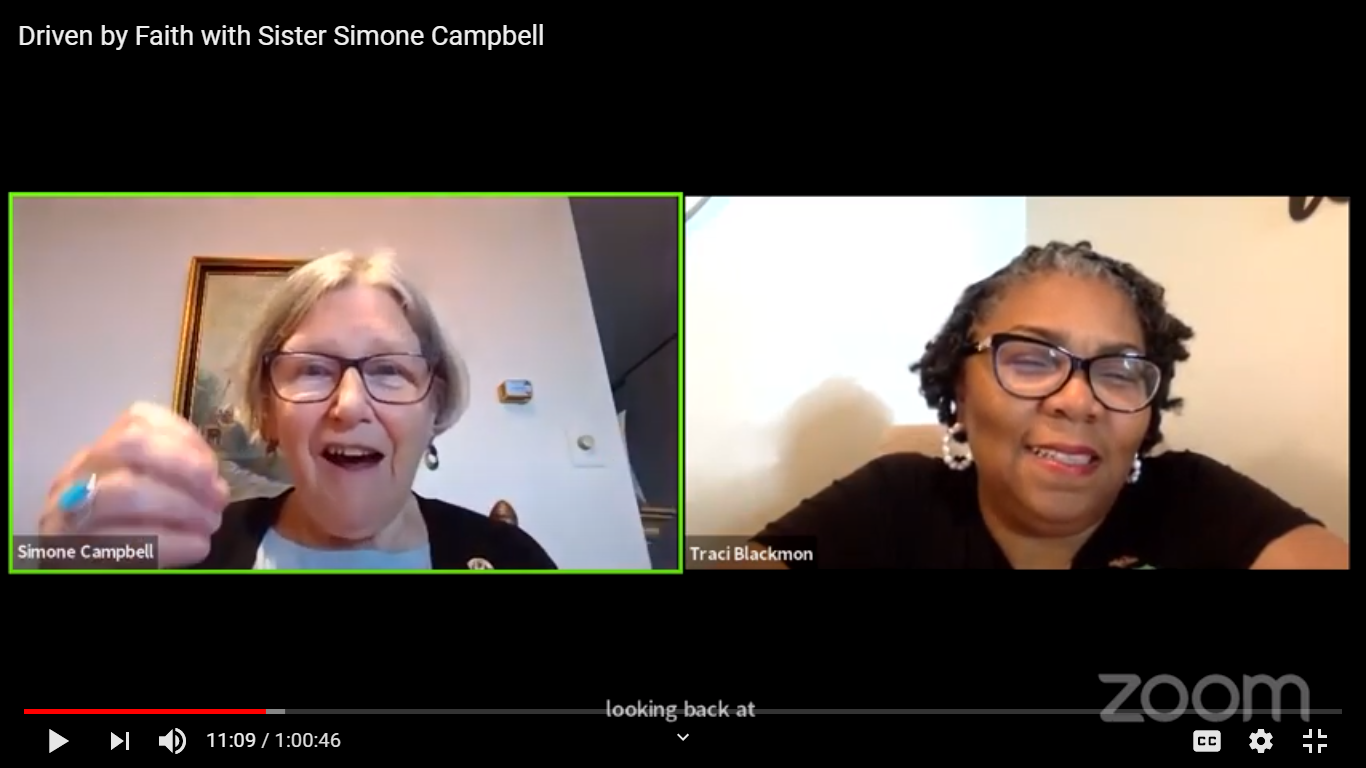 Hearing stories like that one about health care, she said, is what motivates the NETWORK  Lobby to support things like the Affordable Care Act and oppose cuts in the social safety net resulting from the U.S. tax bill that became law in 2017.

Campbell said her organization will “take to the road” again this fall, but virtually through a series of online events. She encouraged webinar viewers to visit the “Nuns on the Bus 2020 Virtual Tour” web page, which includes information about a virtual “kickoff rally” at 10 a.m. EDT Wednesday, Sept. 23. The tour, she said, will include rallies, town halls and “dialogue across geographic divides” – the kinds of listening opportunities she finds so valuable.

“To listen requires me to be secure in who I am and to know my need for another,” Campbell said. “If I am insecure in myself, I spend all of my time trying to explain my perspective and get in my piece. But if I’m secure where I am, then I can have what I call holy curiosity. Because holy curiosity opens us up. … What it takes is being willing to journey into somebody else’s life.”