Have you registered for Saturday?

What will you do on Saturday?

The Mass Poor People's Assembly and Moral March on Washington Digital Gathering is just 2 days away! We have been working with the Poor People's Campaign and over 200 organizations across the country to build momentum to ensure the message is heard: 'Somebody's been hurting our people, and it's gone on for far too long. And WE WON'T BE SILENT ANYMORE.' 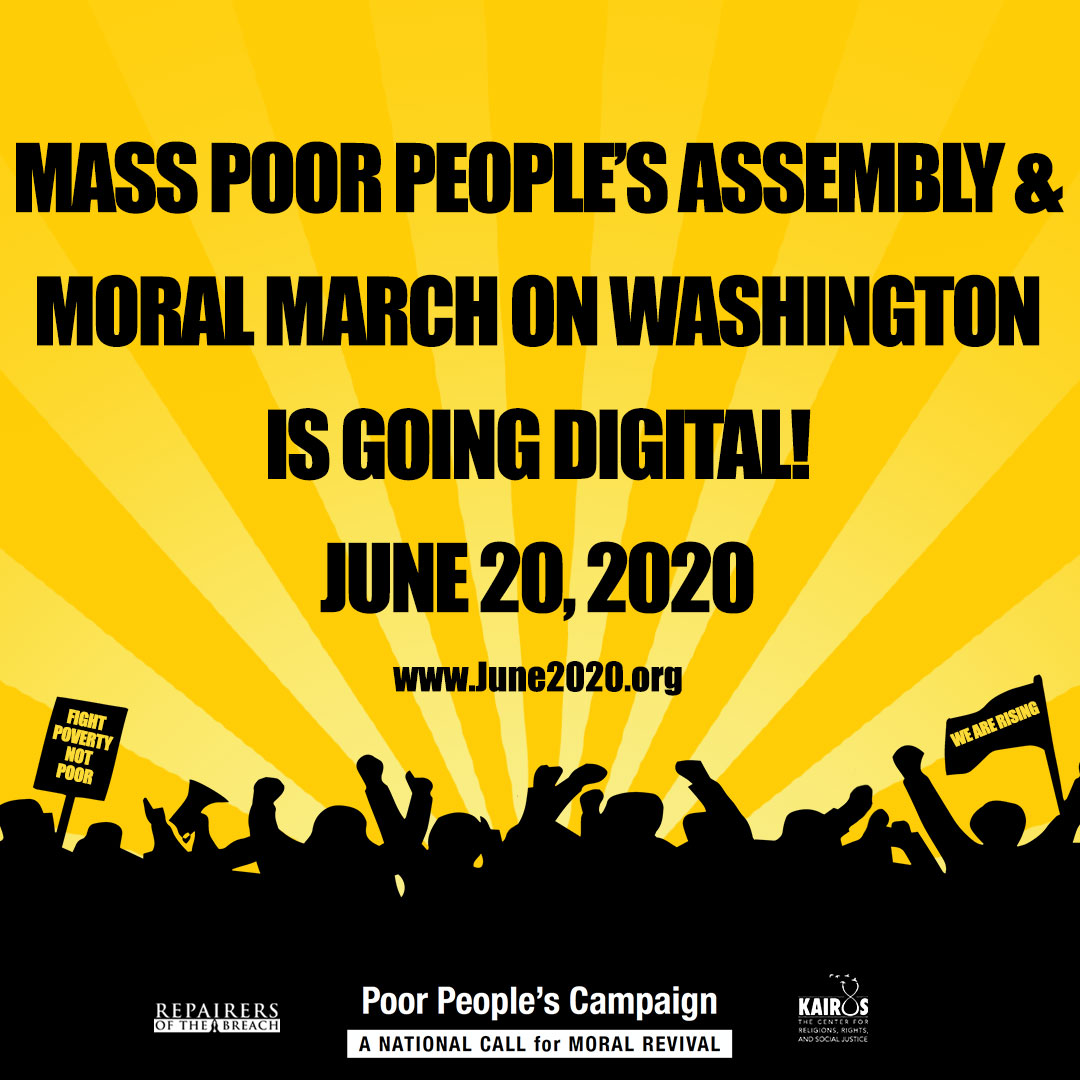 Over the last two years, UCC members and congregations have been participating in the Poor People’s Campaign by national and state direct actions, education, and organizing. The campaign has united tens of thousands of people across the country to challenge the evils of systemic racism, poverty, the war economy and ecological devastation while centering the voices and experiences of poor, low-wealth, and vulnerable communities.

Now in this unprecedented time, we are called to step up again. Join with UCC leaders in the largest digital and social media gathering of poor and low-wealth people, moral and religious leaders, advocates and people of conscience in the nation’s history on June 20th.

The event will be broadcast at 10am and 6pm ET at june2020.org. It will be open captioned and interpreted in Spanish and ASL. There will also be a dial-in option for those without internet access. A social media toolkit is available to help you spread the word.