Good Friday in St. Louis: Vulnerable with each other in the darkness

In Missouri, as in many states, COVID-19 pressures heightened during Holy Week. By Good Friday, the state had more than 3,500 confirmed cases. More than half of them were in St. Louis County or the city of St. Louis – where, that day, members of Pilgrim Congregational United Church of Christ were holding their weekly check-in via the webinar platform Zoom. 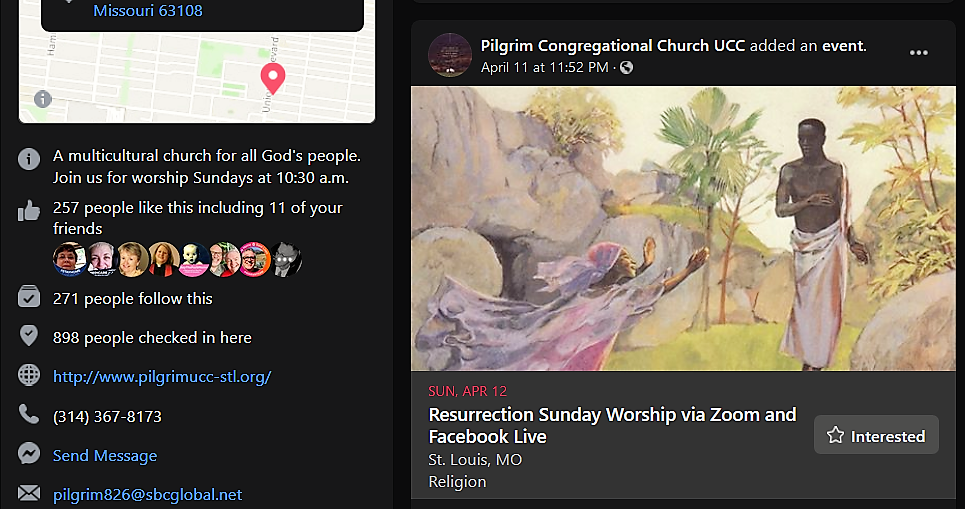 Responding to advice from the Centers for Disease Control, the congregation had suspended all in-person worship services and meetings on March 13, even before local governments issued stay-at-home orders, said its pastor, the Rev. James Ross II. “Like many churches, we have a very large percentage of older members,” he said. “We were concerned about their safety.” The church also closed its soup kitchen and food pantry, where many elderly members volunteered.

Never having been online before, the church needed to choose a way to connect. Sunday worship is traditional at Pilgrim, but “very much an in-person experience,” Ross said. “I know that many congregations are recording or streaming their services, but I knew that wasn’t what would speak to our congregants for worship in this time. I knew that the engagement was important for people here.”

They’ve been worshiping via the webinar platform Zoom ever since, with plenty of time for prayer concerns and even a virtual coffee hour afterwards. And they’ve been using that same online method each Friday to talk.

“People have been very vulnerable in those Friday check-in times,” Ross said. “They’ll say, ‘I’m struggling with this,’ or talk about the challenges of being alone, or having family members they can’t see and feeling cut off from things.” They connect throughout the week by phone, too – not only in calls directly from the church’s pastoral staff, but through Pilgrim Partners, in which members call each other weekly “to check in and make sure they’re OK.”

“In those times when we gather, it’s also very important to me that we raise up moments of grace, the surprises we’re finding,” Ross said. “Some have mentioned the ways that they have been able to connect online with family that that they haven’t seen recently.” Bright spots are even happening in person at home, he said. “One single parent talked about connecting more with their son, playing scrabble and basketball.” 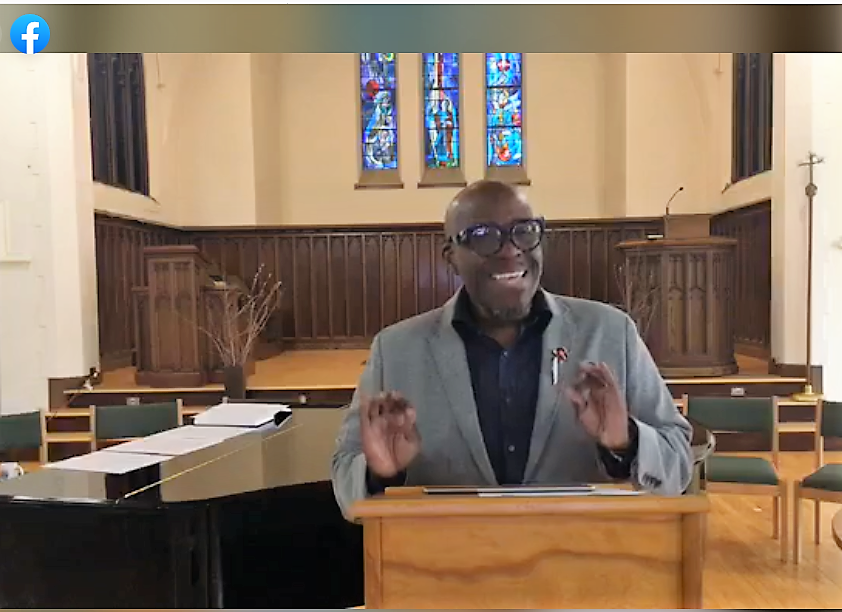 But COVID-19 cast an undeniable shadow on Holy Week. By Friday, the city and surrounding county combined had nearly half of Missouri’s 77 coronavirus deaths. Several Pilgrim members live in senior-living communities that “are essentially on lockdown,” Ross said. To compound matters, Pilgrim’s building suffered three break-ins, including one in which a fire was set – luckily, to a carpet that didn’t burn quickly. Firefighters quickly extinguished it.

“So it’s a time of darkness,” Ross said. “It’s like an extended Lenten period, an extended Good Friday, and I am not sure we will have emerged from that on Easter Sunday.”

He said he would touch on that in his Easter Zoom reflections, but also acknowledge that “even in all the darkness, God continues to do new things.” A preview came in his April 1 sermon in a nearby chapel service at UCC-related Eden Theological Seminary.

“Like many other churches, we at Pilgrim will plan to host a jubilant Easter celebration whenever we are again able to worship in person,” Ross preached. “But perhaps rather than Easter, we should consider that Easter 2.0. Because it cannot replace what already exists. Easter will come regardless.”