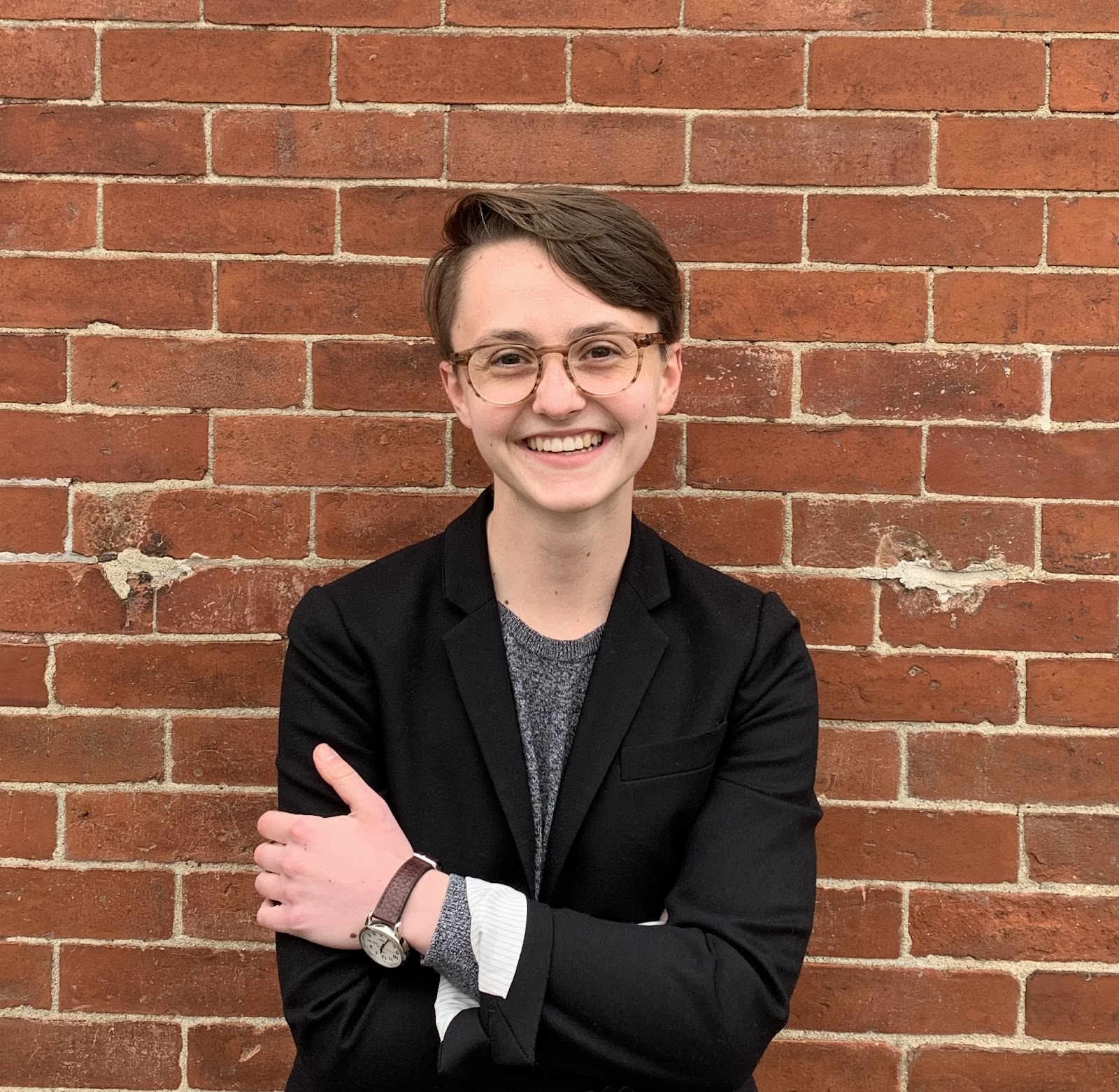 Chair: Rev. Emma Brewer-Wallin (she/her/hers) serves as the Minister of Environmental & Economic Justice for the Southern New England Conference of the United Church of Christ. Emma has been a member of the United Church of Christ Board since 2017, where she currently serves on the Governance Committee and chairs the Ministry Committee. She grew up in UCC churches in Oregon and is now a member of Old South Church in Boston, Massachusetts. Emma identifies as white, a cisgender woman, and a young adult.

Vice Chair: Brenda Dalton James (she/her/hers) brings decades of experience with various aspects of the national setting’s life and leadership and has seen the denomination move through transitions. She is a retired social worker and is a member of Congregational UCC in Greensboro, North Carolina. She identifies as African American.

Rev. Lorraine Ceniceros (she/her/hers), ordained with the United Church of Christ has recently relocated to Junction City, Kansas where she serves as Conference Minister in the Kansas Oklahoma Conference.  Lorraine is third generation Mexican American and identifies as Latinx or more specifically as Chicanx and also as Queer. Before relocating to Kansas, Lorraine served as Associate Conference Minister with the Wisconsin Conference and was the Chair of the Inaugural Cabinet of the Alliance of Associate Conference Ministers. Lorraine’s experiences also include pastoring in the local church, serving as a pediatric hospice chaplain, and working within the Catholic health care system as chaplain and manager of Spiritual Care in a Southern California hospital.  Lorraine is currently working on her Doctor of Ministry with Louisville Presbyterian Theological Seminary. Her project focuses on second and third generation Mexican American professional women, asking if and if so, how immigration and assimilation into the dominant White culture has informed their personal cultural identity and their place and voice in the professional world. Lorraine is a member of Zion UCC in Junction City, Kansas.

Rev. Jess L. Chancey (they/them/theirs) originally hails from Atlanta, GA, where they earned their Masters of Divinity at Columbia Theological Seminary. They completed their CPE residency at the Hospital of the University of Pennsylvania in Philadelphia, and they currently serve as a staff chaplain at Regions Hospital in Saint Paul, MN. Jess developed a passion for advocacy through their own experiences of struggling for acceptance and inclusion as a queer trans minister with a disability. They currently serve as Co-Chair of the UCC Disabilities Ministries Board of Directors, and they are involved with the LGBTQ+ Colleague Resource Group at Regions. When Jess isn’t working, you’ll likely find them watching Star Trek, reading Christopher Moore, or doing an Out of the Darkness walk with the American Foundation for Suicide Prevention, accompanied by their trusty pup Macy. Jess is a member of Mayflower UCC in Minneapolis, Minnesota.

Rev. Kenneth Daniel (he/him/his) is president and CEO of United Church Homes based in Marion, Ohio.  UCH provides residential and health care services to over 4000 older adults and the disabled in 78 settings in 14 states and for two tribal nations.  A member of CHHSM, Rev. Daniel is past board chair and led the previous search committee in 2014.  Ken currently serves as a trustee of the Lancaster Theological Seminary board and has been an active volunteer in association, conference, and national settings.  He earned an M.Div. from United Theological Seminary of the Twin Cities and a Master of Public Administration from Marywood University.  He is married to Rev. Dr. Barbara Kershner Daniel, Senior Pastor of Evangelical Reformed UCC in Frederick, Maryland. They have two adult sons. Ken is a member of First UCC in Marion, Ohio.

Rev. Dr. JJ Flag (he/him/his), an ordained and authorized minister of the United Church of Christ, has committed his life and work to seeing the Church be a place of welcome to and for all. As one whose identity intersects several communities, JJ is always asking the question, “Who’s voice is missing from the conversation?” He is the pastor of Emmanuel Congregational Church, UCC in Watertown, NY. JJ earned a Bachelor of Science Degree in Religion, minoring in Church Ministries before graduating with a Master of Divinity from Princeton Theological Seminary. JJ also earned a Doctor of Ministry degree from Drew University Theological School. He serves on various boards and committees within the Association, Conference, and National settings of the UCC.

Susan Hall (she/her/hers) is from the Mandan Hidatsa Arikara Nation on the Fort Berthold Indian Reservation near New Town, ND.  She has recently retired after 50 years in the workforce, most recently  as a Human Resources Director for 26 years. Susan has one son, Coltyn, who with his wife, Lakisha, have two children, Avrie and Hayden.  They are the pride and joy of her life.  She is actively involved with the United Church of Christ in New Town, ND including time serving as church Administrator and Moderator, and as a Lay Reader. Susan enjoys sewing and crafting, and is sewing lone star quilts for several cultural events.

Rev. Lisa LeSueur (she/her/hers) is the Pastor of Congregational and Staff Care at Coral Gables Congregational United Church of Christ.  She serves as the Secretary on the Board of the UCC Mental Health Network, and is the Chair of the UCC Florida Conference’s Welcoming, Inclusive, Supportive, and Engaged (W.I.S.E.) Mental Health Initiative. Lisa lives in Coral Gables, Florida with her wife, Celia, and their two children. She identifies as a white lesbian and uses the pronouns she/her.

Rev. Guy Sebastian Johnson (he/him/his) currently serves as Clergy in Residence at his home church, the Grace Reformed United Church of Christ in Frederick, MD, and as a long-term substitute teacher in Loudoun County, VA. Ordained in 2017, he served as interim pastor of congregations in Ohio, Maryland, and Pennsylvania. Before undertaking his pastoral career, he spent more than two decades working in both public service and for several Fortune 500 Companies. Guy also serves the church on the local, conference, and national level. He has served as an At-Large Member of the Catoctin Association Board, a Situational Support Consultation (SSC) team member for the Central Atlantic Conference, and hosted a “Be The Church” Conversation – “What Does It Mean To Be Open and Affirming?” during the 32nd General Synod (2019). He also serves as the Secretary for Ministers for Racial, Social, and Economic Justice (MRSEJ), a historically underrepresented group of the United Church of Christ.

Jo Deen Lowe (she/her/hers) is a judge, working in healing to wellness court, where her work centers accountability and addressing racial disparities in criminal justice. Jo Deen is a member of Hocak (Ho-Chunk) UCC in Black River Falls, Wisconsin and a member of the Council for American Indian Ministries. She is a Ho-Chunk tribal member.

Rev. Dr. Bill Lyons (he/him/his) serves as the Southwest Conference Minister. He brings 37 years of experience in local church, state prison, and hospital settings to this work. Bill regularly facilitates workshops on managing transition, creating cultures of generosity, strategic planning and other topics to equip clergy and local congregations for excellent ministry. He has contributed to UCC News and Sojourners.  Bill enjoys reading mysteries and mixing cocktails. He is the father of three children, and dotes over his five grandchildren. He and his partner of 21 years enjoy cooking, hiking, camping, and biking. Bill is a member of United Church of Sun City, Arizona.

Richard “Dick” Hom is a 60+ year member of Chinese Congregational Church UCC, San Francisco, CA.  In his tenure with the church, he has served as chairperson of the council, chairperson of the Diaconate, many church committees and fellowships as well as on four senior pastor search committees. With the Northern California Nevada Conference, Dick served as conference moderator and serves on the board of directors for the Golden Gate Association.  He currently serves as the treasurer of the Northern California Nevada region of the Pacific Islander & Asian American Ministry (PAAM) of the UCC.   Dick is also a former trustee of the Pacific School of Religion. On a national level, Dick is the current moderator of National PAAM as well as an active member of the Council of Racial & Ethnic Ministries (COREM) as well as a current member of the Board of Directors of the United Church of Christ. Dick identifies as Asian American and male.

Zillah J. Wesley (she/her/hers) is the current Moderator of the Council of Racial and Ethnic Ministries (COREM) and the President of United Black Christians. Her professional work as a therapist means she brings strong listening skills and experience to this work. Zillah is a member of Peoples Congregational United Church of Christ in Washington, DC.

Ex Officio (voice without vote): Rev. Dr. Cameron Barr (he/him/his): is senior pastor of United Church of Chapel Hill, a bilingual and multicultural congregation in North Carolina. From 2021-2023, Rev. Barr is chair of the United Church of Christ Board, where he has served as vice-chair of the Investment and Endowment Committee and chair of the Finance and Budget Committee. He is a graduate of Davidson College and Vanderbilt Divinity School, and he holds a doctor of ministry degree from the Candler School of Theology at Emory University. As a minister and institutional leader, Rev. Barr is an advocate for racial and gender equity. He seeks to build a church where all people can flourish and many different communities come into the presence of God.