A glimmer of light dimly beams at the end of the tunnel of the HIV[i] epidemic as World AIDS Day observations take place in 2016, but there is no guarantee we will ever reach it. Many have characterized the potential of this moment as a tipping point, because depending on the response we make now it could go either way. That’s why it is important to get to the root of HIV – understanding where we are in the epidemic, exploring the role of faith communities and strategically engaging to take full advantage of this moment to stop AIDS[ii] and end the HIV epidemic as a public health threat by 2030.

The overall goal is “Getting to Zero: Zero new infections, Zero HIV-related deaths and Zero discrimination.” UNAIDS, researchers, civil society and others involved in HIV response have developed a real global strategy for getting to zero, which follows on recent developments in treating HIV. We now have scientific evidence that Anti-Retroviral Treatment (ART) can not only  stop HIV from damaging a person’s immune system, but it can lower the presence of HIV to undetectable levels. The research now clearly shows that when HIV is at undetectable levels the person living with HIV is not able to transmit the virus to another person. In other words, treatment combined with other prevention measures is the game-changer in the epidemic and has made ending the HIV epidemic as a public health threat an achievable goal by 2030.

Although ending the HIV epidemic is achievable, it will not be easy and requires that all our investments and efforts must be front-loaded. The language used in the HIV response community is the Fast Track which is based on achieving specific targets in 2020 and 2030. 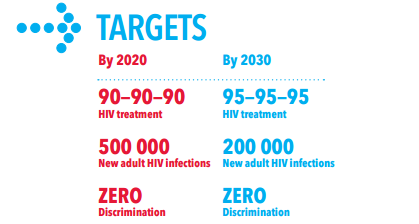 So, how do we get there?

There are three essential elements in which we all can participate: 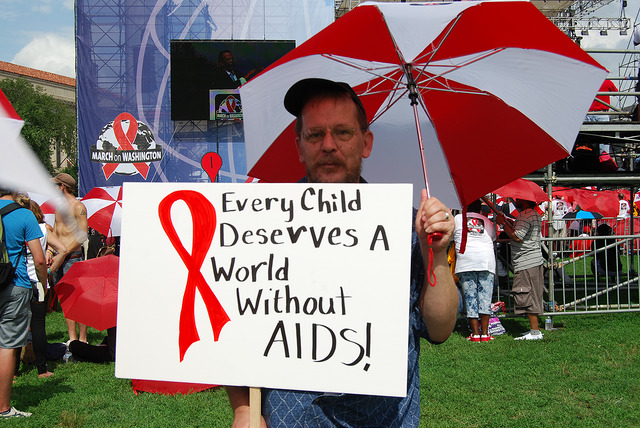 Knowing HIV includes knowing how HIV is transmitted and understanding the epidemic in your community, as well as, regionally, nationally and globally.

HIV is a blood disease that is transmitted when HIV infects the blood stream. There are four modes of transmission:

It is also important to realize from the outset that the virus itself doesn’t discriminate – it is an equal opportunity infector and doesn’t care about your race, income level, nationality, gender, sexual orientation, how old you are or anything else. However, there are places where there are higher concentrations of the epidemic and key populations that are bearing a disproportionate burden.

Most HIV infections are transmitted heterosexually, although risk factors vary. In some countries, men who have sex with men, injecting drug users, sex workers, transgender people, and prisoners are disproportionally affected by HIV. Women represent half (51%) of all adults living with HIV worldwide. HIV is the leading cause of death among women of reproductive age.  Gender inequalities, disparities in access to services, and sexual violence increase women’s vulnerability to HIV, and women, especially younger women, are biologically more susceptible to HIV. Young people, ages 15-24, account for approximately 35% of new HIV infections. In sub-Saharan Africa, young women 15-24 account for 25% of all new HIV infections among adults, even though they represent only 17% of the adult population.[iii]

In the U.S., blacks/African Americans and Hispanics/Latinx populations are disproportionately affected. In 2013, the percentages of diagnoses were 45% for blacks/African Americans, 27% for whites, 23% for Hispanics/Latinos. To achieve the goal of ending the epidemic means that our responses to HIV must be tailored to the communities who are impacted by the epidemic. There is extensive data available online to help you learn about HIV in your community and globally. For information on communities in the U.S. go to: AIDSvu.org. For information on HIV in countries throughout the world, go to: aidsinfo.unaids.org.

Simply put, knowing you HIV status means getting tested. Here’s the challenge. In the U.S. 15% of those living with HIV don’t know their HIV status, and globally 4 in 10 people with HIV don’t know their status. Some of this is a capacity problem, which is to say that not everyone is getting the information they need about HIV and there are still some barriers to overcome to make sure everyone can access HIV testing.

Like with most diseases, an important reason not to put off getting tested is that research consistently shows that the sooner an HIV positive person begins treatment the better the outcomes. In the U.S. the most common forms of testing use an oral swab or finger prick. The results are usually known in about 20 minutes and if one tests positive there are follow-up tests to confirm the results.

Through the voluntary, counseling and testing (VCT) process, people not only learn their HIV status, but also learn about their risks for contracting or transmitting HIV. When a positive test for HIV is confirmed, it is important for the person to be linked to treatment and care as soon as possible. Through effective ART, a person’s immune systems may not become impaired and a person with immune system that is impaired may recover. Through treatment not only are people living with HIV able to live a normal life expectancy, but their quality of life is able to be normal as well. And, not only this, but when a person’s viral load is suppressed to undetectable levels they do not transmit the virus.

There are also treatment possibilities for persons at higher risk. Persons who are HIV negative but who may be at higher risk for becoming infected with HIV may be able to access a preventive treatment called Pre-Exposure Prophylaxis (PrEP). And, in cases where a person may have been exposed to HIV very recently, such as in the case of sexual assault or rape, or other exposure factors, a Post-Exposure Prophylaxis (PEP) may also be accessible. Both PReP and PEP treatments work to prevent block an exposure to HIV from actually infecting a person’s immune system.

In the U.S. treatment is available to everyone who tests positive for HIV through the Affordable Care Act and the Ryan White Care Act. However, world-wide, of the estimated 36 million people living with HIV just over half are on life-saving ART. This is an important achievement, but there is still much to be done to reach the strategic targets. In several low and middle income countries, there are key hurdles to accessing affordable treatment, particularly of 2nd and 3rd line drugs. Given the 2020 and 2030 targets, the capacity to monitor viral loads is also a key element. This capacity still needs to be ramped up, especially in countries with high prevalence of HIV.

Effective treatment options together with other prevention methods, such as using condoms and needle exchanges, are key ways that will help us reach the 2020 and 2030 targets and by doing so we will have stopped AIDS and the HIV epidemic will be ended as a public health threat. For them to be effective, everyone must be able to easily access information about HIV, the HIV tests, effective affordable treatment, the care and support they need, and for persons who are HIV positive to monitor their viral load.

But even if all of this is available and accessible, the issues of stigma and discrimination have proven to be significant barriers, preventing the flow of information, getting tested, and beginning and maintaining treatment. Research from the People Living with HIV Stigma Index shows that as a result of experiences and perceptions of stigma, people avoid getting tested because they are not only afraid to learn their results, they also fear what other’s may think, afraid they may be shunned by family, friends and their community just by being associated with HIV in any way. This means that achieving the end of the HIV epidemic requires something of all of us, every person and every church to create an environment of safe space for learning about and responding effectively to HIV. 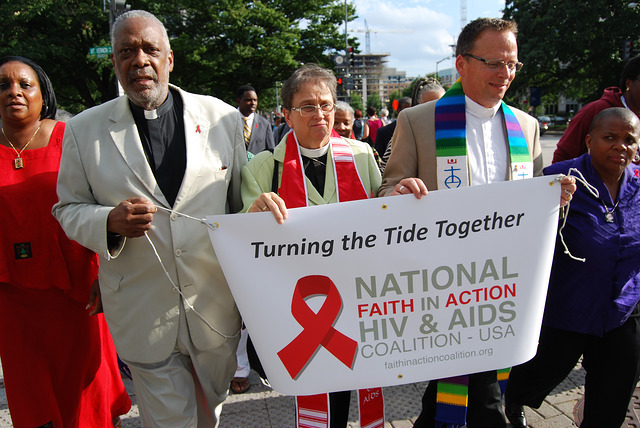 8 things every church can do:

There has never been a more important time to be engaged in HIV response. Let us consider and commit to working together to leverage the full capacity of the United Church of Christ to make our contribution, joining efforts throughout the world achieve the end of the HIV epidemic by 2030.

[i] HIV stands for the Human Immuno-deficiency Virus
[ii] AIDS stands for the Acquired Immune Deficency Syndrome caused by HIV infection. It is possible to be HIV without having AIDS.
[iii] The Henry J. Kaiser Family Foundation, Fact Sheet, The Global HIV/AIDS Epidemic, July 2016.