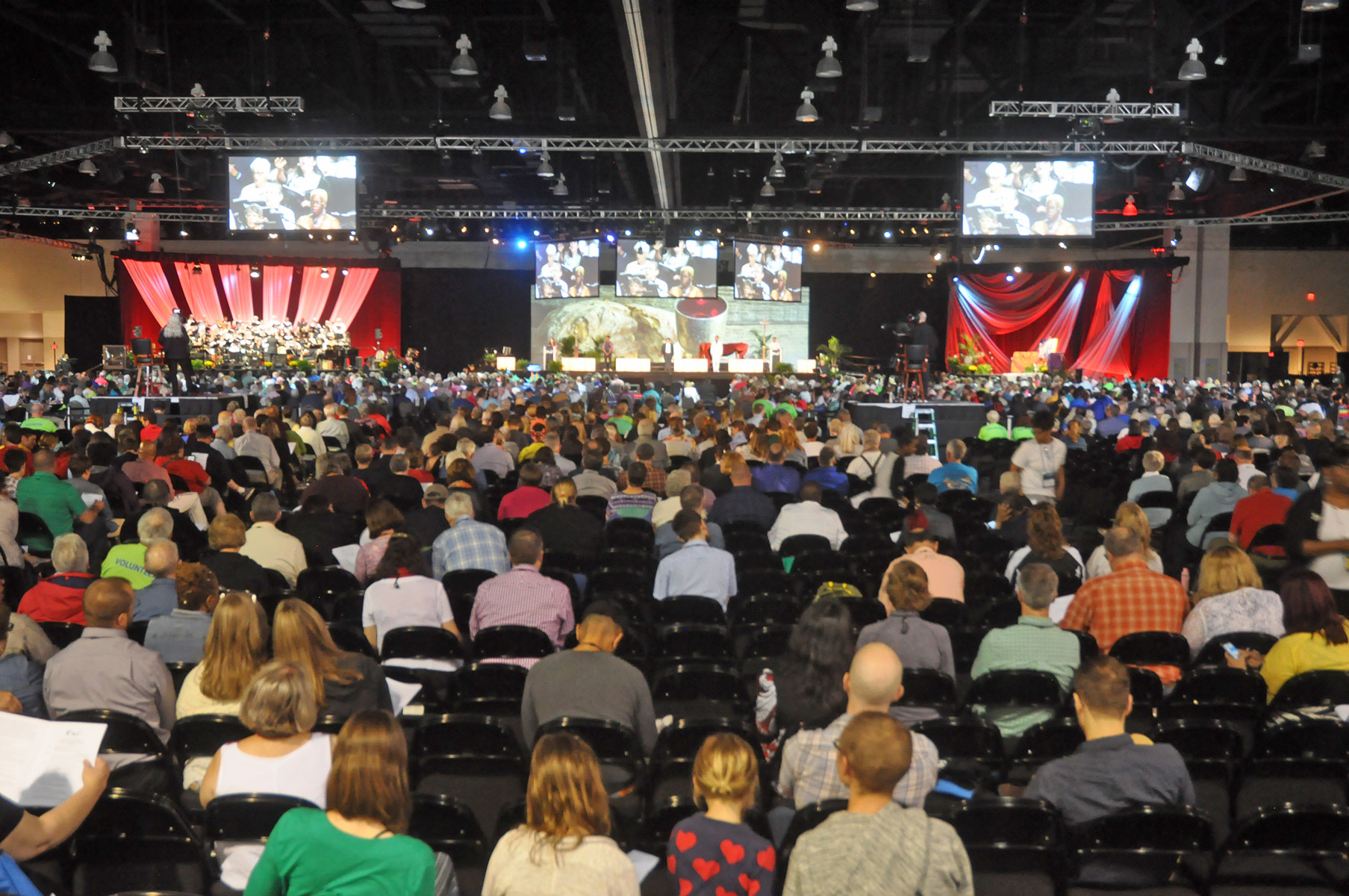 Twelve United Church of Christ members, in the belief that changing the resolution process could make the UCC’s biennial national gathering more effective in its Christian witness, proposed a resolution this year with very specific instructions for creating an action team to work on making such changes.

However, the committee that considered the resolution preferred to  “create a listening campaign throughout the denomination in all of its expressions. . . to ask how the various settings most energetically and thoroughly carry out Christian mission and witness.” Its revised resolution calls for the UCC Board, in consultation with the Council of Conference Ministers, to “consider an effective implementation plan for this listening campaign, to be reported to and by General Synod 33.”

Synod delegates approved the revised resolution by a vote of 372 in favor, 228 opposed and 93 abstentions.

“We could not overlook significant issues of cost, human resources, staff responsibilities, time frames, travel and the expectations that volunteers take time off of work, and the need to engage conference leaders, who would have had significant responsibilities required of them,” he said.

Nevertheless, Bahr said, the intent of the resolution resonated with committee members, including “the valid question of whether the current resolution process is the most effective means of Christian witness for us.”

“A second intent seeks deeper communication between churches and the General Synod, and we strongly affirm the intent of deepening communications, conversations and connection,” he said.

One of the resolution’s proposers, Emma Brewer-Wallin, who serves on the UCC Board, said the vagueness of many Synod resolutions was one of the reasons for proposing this much more specific approach.

“We feel like Synod has more power and authority than it is living into, and we wanted to create a precedent for Synod taking responsibility . . . for Synod to be the ones acting,” she said.

But, Brewer-Wallin said, “we’re not there yet.”

“We were trying to write a resolution of how we want Synod to be, in a Synod as it is now,” she said.

Brewer-Wallin commended the committee for its work on the resolution, and said that with six Conference Ministers and multiple other conference staff on the UCC Board, she is optimistic that the conversation will continue.

“We can take a breath, re-evaluate options, and get more voices to the table,” she said.

Tiffany Vail, a newsroom volunteer, is the Associate Conference Minister for Communications for the Connecticut, Massachusetts and Rhode Island conferences, United Church of Christ