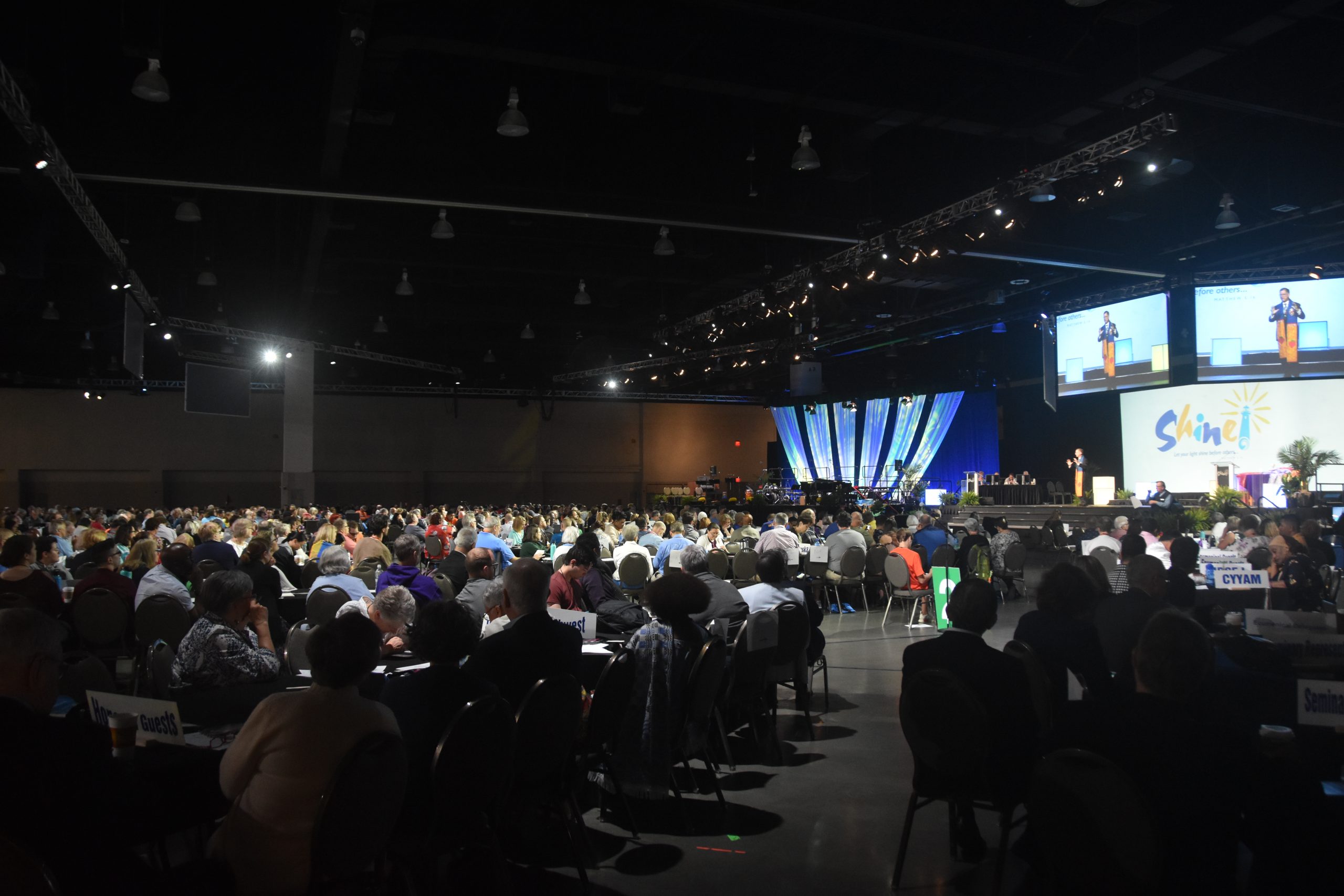 The United Church of Christ’s General Synod has called for a review of “the processes for birthing, admitting, strengthening, revitalizing, and releasing congregations.” By a vote of 369 to 230 with 86 abstentions, the Synod in June asked the UCC Board to convene a working group “to produce a Manual on the Local Church to help congregations live into their covenantal responsibilities and privileges under the UCC Constitution.”

A UCC Manual on Church already exists, and a process is already underway to form a working group to revise it. “I am glad for the General Synod’s recognition of the importance of the project, which is what this resolution does,” said the Rev. Chris Davies. She heads the UCC’s Faith Education, Innovation and Formation Team (Faith INFO), which is leading the revision process. “The General Synod’s requests will be incorporated into the fabric of how the working group, when they begin, understand their task.”

Faith INFO issued a churchwide call in May for nominations to the working group, to represent diverse segments and roles within the UCC. Nominations were due July 1. The Manual on Church was last revised in 2004.

The Synod’s June 24 resolution also asks the working group to review the Constitution of the UCC for inclusive language and for clarity, balance and consistency on such matters as local churches’ autonomy and their covenant with the wider church. It originated in the Southwest Conference and was melded with a similar resolution brought by the Southern California Nevada Conference.

“As a living Body, the Body of Christ, the Church is ever-growing and becoming new,” the resolution says. “It has been said that we do not know what the Church of the future will be. Ongoing dialogue like the conversation called for in this resolution will help us discern and shape our future Church.”

During a hearing on the resolution, the Rev. Bill Lyons, conference minister of the Southwest Conference, said his conference had encountered legal issues over its desire to admit two “faith communities” that were not traditional congregations. He noted that there was a “disconnect,” between the Manual on Ministry and the Manual on Church, regarding “covenant and accountability.” “Ministers,” he said, “can be subject to fitness reviews, but churches aren’t.” He said it was important not to suggest answers, but to “open a denomination-wide conversation on this.”

Delegates accepted the recommendation of another committee to table a related resolution from the Southern California Nevada Conference that called for the UCC Board to provide guidance on how associations and conferences could release congregations from membership in the UCC.
Committee chair Jim CastroLang, pastor of First Congregational UCC in Colville, Wash., noted that the resolution “was a scary thing” for some committee members, particularly those who are LGBTQ+ or African-American, who were concerned that the resolution could “open the door to approved oppression.” It recommended no action on the resolution. Delegates approved a motion to table it.

Sara Fitzgerald, a Synod newsroom volunteer, is a member of Rock Spring Congregational United Church of Christ in Arlington, Va. Hans Holznagel contributed to this article.