From the French Revolution, Inspiration for Churches Today? 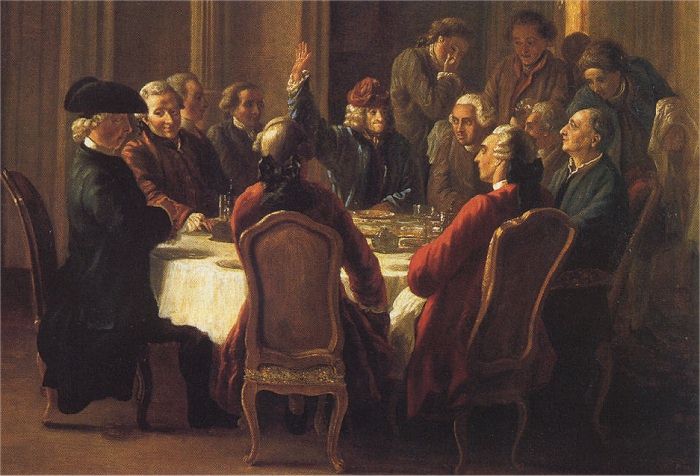 Could church members meet their spiritual needs by adopting a practice that was common during the French revolution? In a new Guardian article on the rise in the United States of intimate, intellectual gatherings known as salons, a description of a salon started by Brad Canham in Minneapolis-St. Paul suburb stood out:

Canham started the Fire Pit Salons in early 2016, after the election came up during a local dinner party and the host quickly changed the topic because she feared it was too divisive. So Canham started inviting friends around specifically to discuss what was going on.

"It's kind of a variation on the normal ‘parents with kids getting together'," said Canham. "Bring over some food and a bottle of wine … and we go out and we talk about politics."

Churches often wrestle with divisiveness over politics, and this passage gave me an idea. Instead of waiting around for the pastor to take the risk of boldly and prophetically preaching a sermon on the immigration ban, the Affordable Care Act, or climate change, maybe those in the pews should start organizing salons and house parties to meet their spiritual needs.

A few might scoff at taking inspiration from such "secular" gatherings, but perhaps these get-togethers are closer to the origins of our faith than a lot of churches today. After all, the sacrament of communion is derived from early Christians gathering around the dinner table for more than small talk and safe topics.

Those early trailblazers were talking, dreaming, and organizing. They were talking about a political reality defined by tyrannical rule and economic oppression. They were dreaming about a world that reflected the kind of radical sharing and inclusive love that they experienced at that very dinner table. And, of course, they were also organizing. Anyone who attends church today enjoys the fruits of that organizing.

Yet, we seem to sometimes forget our own roots, so it is not entirely surprising that sometimes inspiration comes from the outside, from seemingly secular gatherings that occasionally involve wine