From homeless shelter decisions to online worship, Denver church learning as it goes amid pandemic

With group meetings and sanctuary worship suspended due to the global coronavirus outbreak, the people of Park Hill Congregational United Church of Christ, Denver, were doing much online during the week of March 16 — and they had at least one hard mission decision to make. 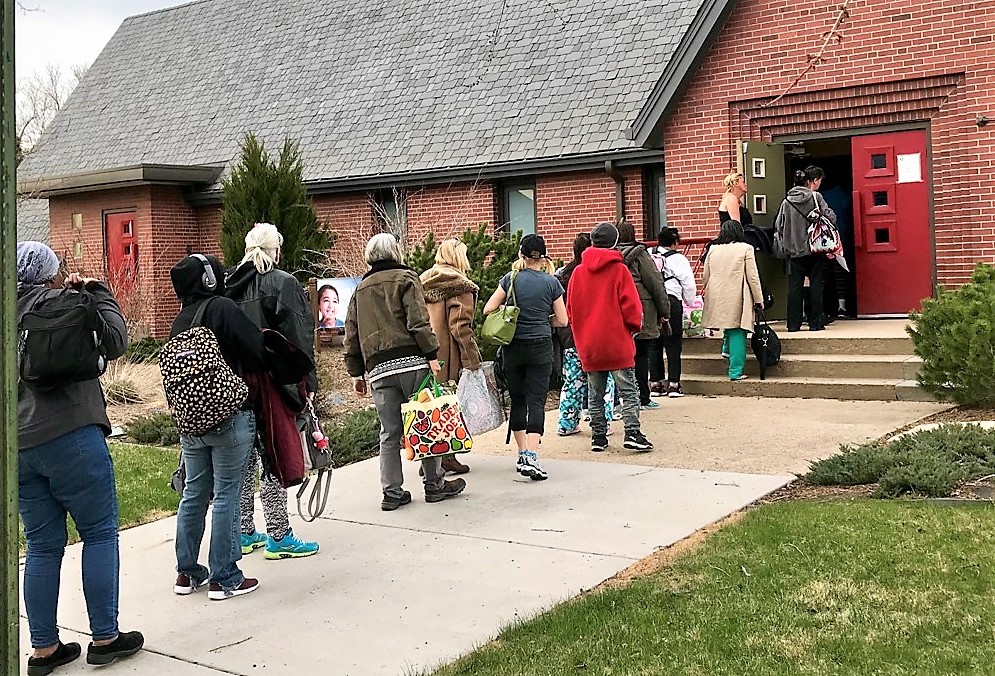 Their turn to host 20 homeless women was coming up – every Tuesday night in April – as part of a hospitality program that rotates among several Denver ministries. They’ve been part of this ministry for years (as seen in this picture from 2019).

“On the one hand, the majority of our volunteers are in the affected group,” said the Rev. David Bahr, Park Hill’s pastor, noting advice from the U.S. Centers for Disease Control that older adults are among those at risk for COVID-19 disease. “On the other hand, how do we leave 20 homeless women on the street? Our city has done a pathetic job of responding to this need. The homeless population is already so vulnerable. It’s snowing right now.”

If Park Hill were to go ahead, cots would be moved from their usual place in the fellowship hall to the larger sanctuary, chairs taken down and ample space created between overnight guests. The congregation’s leaders were planning to make the decision by videoconference.

As it turned out, they didn’t have to. Park Hill learned Friday, March 20, that the board overseeing the interfaith Women’s Homelessness Initiative had discontinued the program to protect guests and hosts from the virus.

It’s an example of the adjustments that Park Hill, like many churches, has constantly been making during the pandemic – and of how important videoconferencing is becoming.

When coronavirus precautions began to interfere with gatherings, Bahr activated a $15-per-month Zoom subscription for the church. That’s where much of Park Hill’s common life is happening now: committee meetings, youth group, Thursday lectionary study and more. “The sermon topic this Sunday will be, ‘What are the things that we actually learned in this situation that are good,'” Bahr said. “One of them is being very intentional about connections. 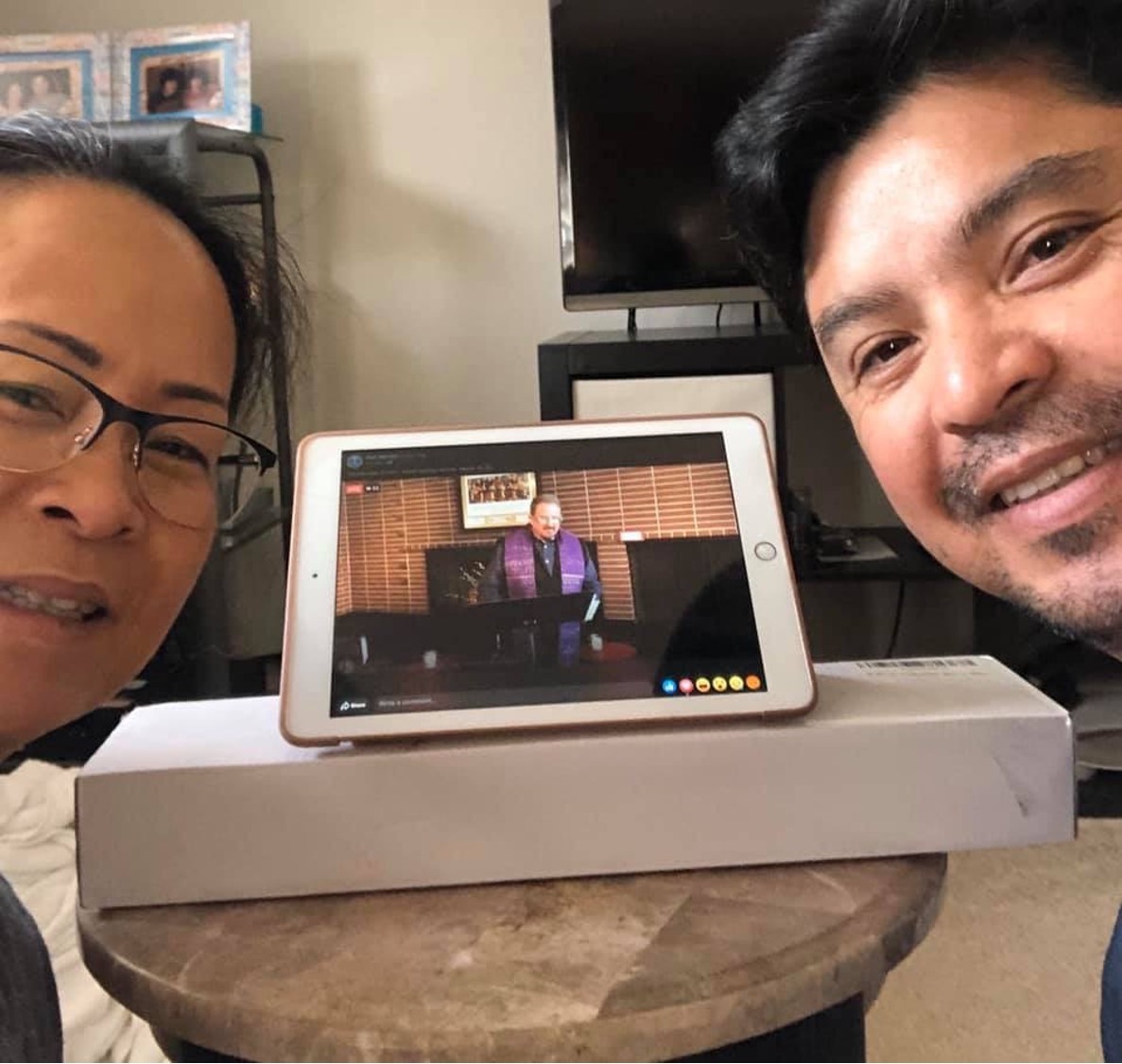 “I’ve started a Tuesday Touch Base meeting on Zoom. We had our first one the other day. It was so good to see people’s faces; we did a lot of laughing. We have a One Thing Wednesday – giving people an idea of one activity to engage in that’s relational. We’re just taking all the groups and moving them to Zoom.”

Park Hill held its first-ever live online worship service March 15 via Zoom and Facebook Live, then posted a recording of it on YouTube about an hour later. It featured Bahr, a keyboardist and one other worship leader in a cozy-looking church room with a fireplace, bookshelves and light from a large window – plus a phone number where people could send prayer concerns by text message.

Compared to the 100 worshipers who typically attend in person on Sunday, the online version drew 40 on Facebook Live and 20 on Zoom – “and then within the first two hours of the service, it had 200 views on Facebook,” Bahr said. He made a point during the service of asking for feedback on how the service could be improved, and he got some. “Facebook Live was the clearest for people,” he said. “I bought an external mike for the iPhone so the sound should improve this Sunday. We used a laptop with a camera for Zoom. The picture was terrible. So we will will be using a second iPhone for that.”

And though the congregation is making the best of it all, this indefinite period of staying apart is coming with a cost. “In my own ministry, I have never felt as stressed as I do right now, ever,” Bahr said. “Everything we’re doing we have to rethink. Some people are panicked and frightened. It is emotionally exhausting.” He’s finding support from the wider UCC.

“Our Conference minister has just been over-the-top fantastic with communicating, with setting up meetings,” Bahr said, referring to the Rev. Sue Artt of the UCC Rocky Mountain Conference. In twice-weekly Zoom meetings, e-mails and a clergy Facebook page, all organized by the Conference, Bahr and some 45 other pastors regularly see each other virtually and share everything from what’s working and what’s not during this unique pandemic to simple check-ins on how everyone is doing.

“Ministry at its best is often lonely, and this is lonely to the extreme,” Bahr said. “Our Conference minister has really taken the role of being the pastor to the pastors seriously.”