From food to nukes and drones, Just Peace Churches have impact at home, abroad

Two churches in Indiana helped resolve domestic violence in their rural community and civil war in Sri Lanka. In California, a city church needed to name a big part of its mission. All of them found Just Peace was just the framework they needed.

This second of a two-part series, marking Just Peace Sunday (Sept. 15) and the United Nations’ International Day of Peace (Sept. 21), features the United Church of Christ’s newest Just Peace congregation and two of its oldest.

Members of Niles Discovery just celebrated Just Peace Sunday by voting to become the UCC’s newest Just Peace Church. Its members see it as a formal way of naming who they already are.

Peace and justice are in their spiritual DNA. In the Civil Rights Era, the congregation gave its pastor a leave of absence to help rebuild a burned church in Mississippi. It took part in 1980s peace exchange activities with the Soviet Union. It became Open and Affirming in the 1990s.

And the church has long fought poverty. Fremont, the fourth-largest city in the Bay Area, home of the electric auto maker Tesla at the north end of Silicon Valley, features a suburban feel, high housing prices and great ethnic and religious diversity. Along with nearby Newark and Union City, it is also home to great need. 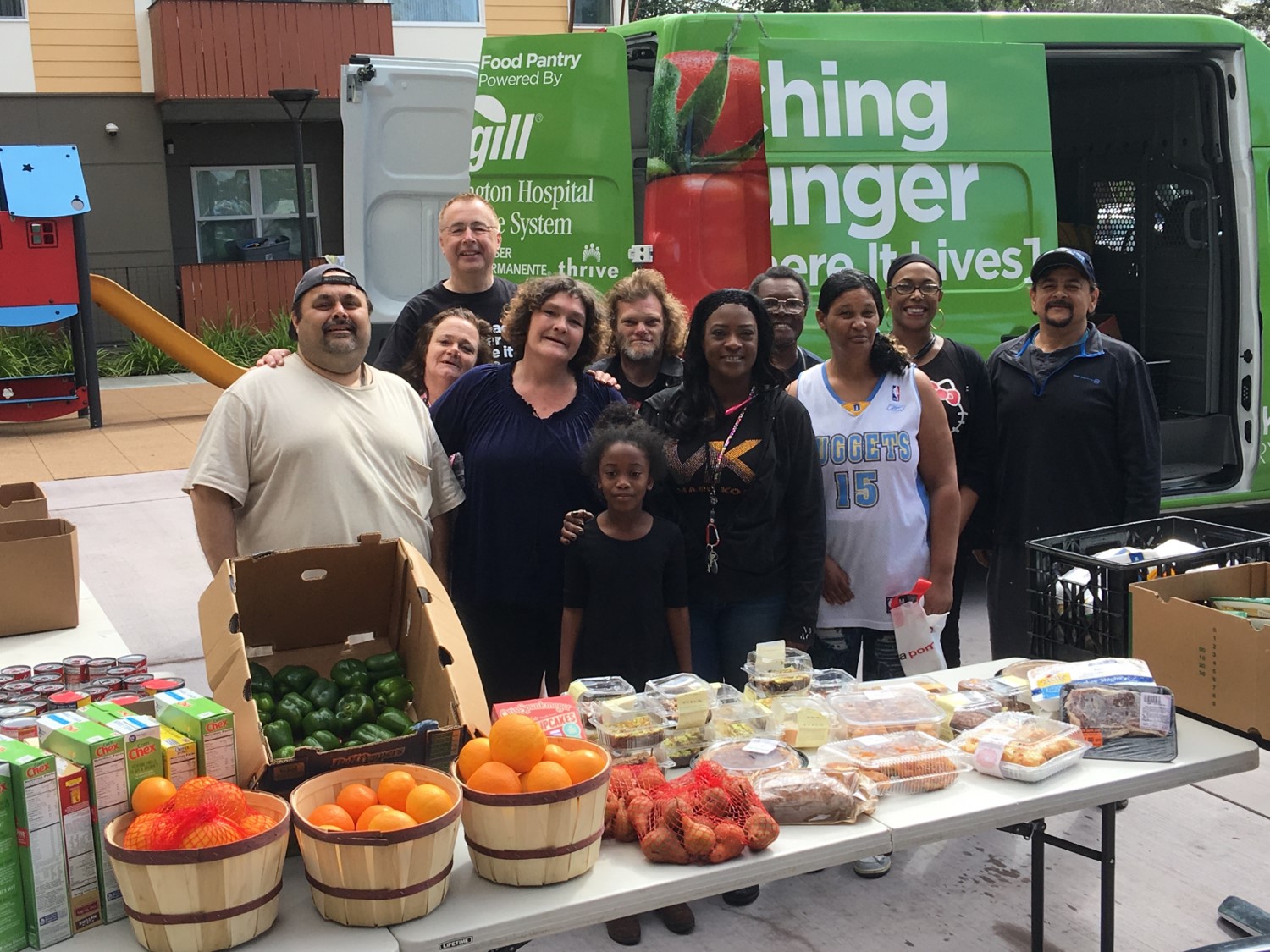 A food bank – started in 1970 by the UCC and Disciples congregations that later united as Niles Discovery Church – grew into Tri-City Volunteers, a nonprofit that now feeds and clothes 16,000 people a month. When Tri-City decided to go mobile, it turned to Niles Discovery, whose volunteers now take food “to mobile home parks, low-income housing and other pockets where people have to choose between rent and food,” said its pastor, the Rev. Jeff Spencer.

But even for an active church, an authentic Just Peace process needs time and conversation. After Niles Congregational UCC and First Christian Church of Fremont merged in 2012, and after a season of getting adjusted, the newly formed Discovery Church did some strategic planning. One group of members knew they wanted to combat racism and promote justice but were “a little amorphous” about how to describe and organize their work. When they saw Just Peace materials Spencer brought home from General Synod a few years ago, their reaction, he said, was: “We’re doing this already. We already are a Just Peace Church. We just haven’t claimed the name.”

To seek congregational consensus, they took their time. “They didn’t try to push it through,” Spencer said. “It was a very just and peaceful process. Which meant it took a year to go from the congregational workshop to actually voting on the covenant.” All-church meetings were part of it, including one in August 2019 to review a near-final draft.

Defining Just Peace as “the interrelation of friendship, justice and universal security from violence,” the Niles Discovery covenant commits the congregation “to striving to create peace with justice through our relationships with local, regional, national and international communities.” Read the full text here, passed unanimously Sept. 15 (with one grammatical edit to be made when finally posted at the church website).

“One of the biggest questions has been, so we call ourselves this, so what?” Spencer said. “It helps to be able to talk about ONA – to say, Just Peace is a label we claim for ourselves the way we have ONA, so that when we explain to people who we are as a church, it becomes part of our identity.”

As a veteran pastor of two rural Just Peace congregations, the Rev. Chip Jahn believes the movement is at its best as an alternative to “just war” theories and doctrines. And if you think war and peace are too big to tackle, St. Peter’s and Trinity – “two little churches in southern Indiana that are 10 miles from the nearest Walmart” – are proof that they’re not, he said. 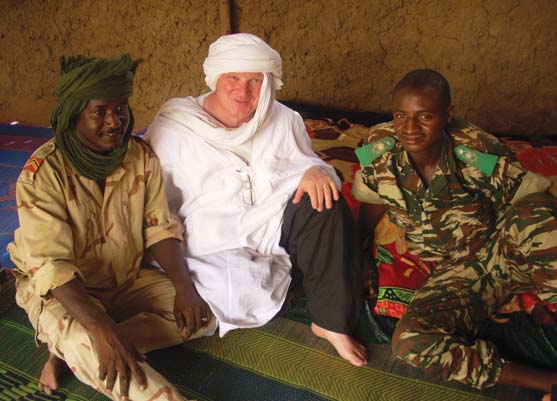 The congregations’ global impact is described in this 2017 United Church News story and in the UCC’s Just Peace Handbook. Remarkably, they played a role in brokering peace negotiations during a civil war in Sri Lanka. Jahn credits the UCC Indiana-Kentucky Conference’s relationships with partners in Sri Lanka, as well as relationships cultivated over time with members of Congress from Indiana, including powerful ones such as former U.S. Rep. Lee Hamilton and Sens. Dan Coats and the late Richard Lugar.

Most importantly, though, he credits Just Peace theology and strategies, such as Ten Practices for Abolishing War, and connecting local, personal experiences with global issues.

Domestic violence is an example. Dealing with it “was still pretty new” in 1979 when Jahn began his pastorate at St. Peter’s and Trinity, he said. Over the years, as the churches joined community efforts to counteract it, “one of the things we understood was just how violence sort of rippled into the community – more devastating than what people recognized immediately,” Jahn said. “We were drawn to the idea of Just Peace, recognizing that it was a paradigm of engagement – that it tried to resolve conflict in a just and peaceful way, using practices that would limit violence when you weren’t able in some circumstances to avoid it, and to bring it to swift and just conclusions as soon as possible.”

Whether locally or globally, Just Peace at St. Peter’s and Trinity means problem-solving. “We never were engaged in protests,” Jahn said. “We’re not much for marching – not that that can’t be a tool. We’re more involved in developing relationships and exploring what are some new ways of looking at resolving conflict.

“Think what it means to be a country that has been involved in armed conflict for almost two decades now – the drain on resources. Just peace isn’t anti-military. It recognizes that we are asking our citizens, our sons and daughters, to engage in the most difficult work a community can ask people to do. Especially in a democratic republic, when we say to our military go and engage, we as citizens also have a responsibility to try to bring resolution to that conflict other than with military action. It should be the tool of last resort, used as sparingly as possible. Just Peace says there are a whole lot more tools available. In a situation of violent conflict, you bring to bear the other tools.”

Just Peace is still a relatively new concept to the world, and that’s why Jahn doesn’t want the church to lose track of the specific power in counterbalancing “just war.” “New paradigms are needed now, especially looking at violent conflict,” he said. “The nature of war has changed since our initial work in the 1980s. It’s often not nation against nation anymore. Who has to surrender for war to be over? But the practices of just peace are valuable tools in dealing with that sort of conflict. What if we all embraced this paradigm? What would we be able to do?”

What churches can do right now

The wealth of resources available to churches that want to explore Just Peace work include two opportunities this month:

Jahn, who serves on the UCC’s national Just Peace Steering Committee, encourages churches to “remember that we have a responsibility to engage around violent conflict in a positive way, in whatever small way we can” – and not back down. “There were times when people would say to us, ‘This is none of your business,'” Jahn said, recalling his Indiana churches’ international work. “We would say, ‘We disagree. This is our business.'”