From coast to coast, UCC turns out for youth-led Climate Strikes 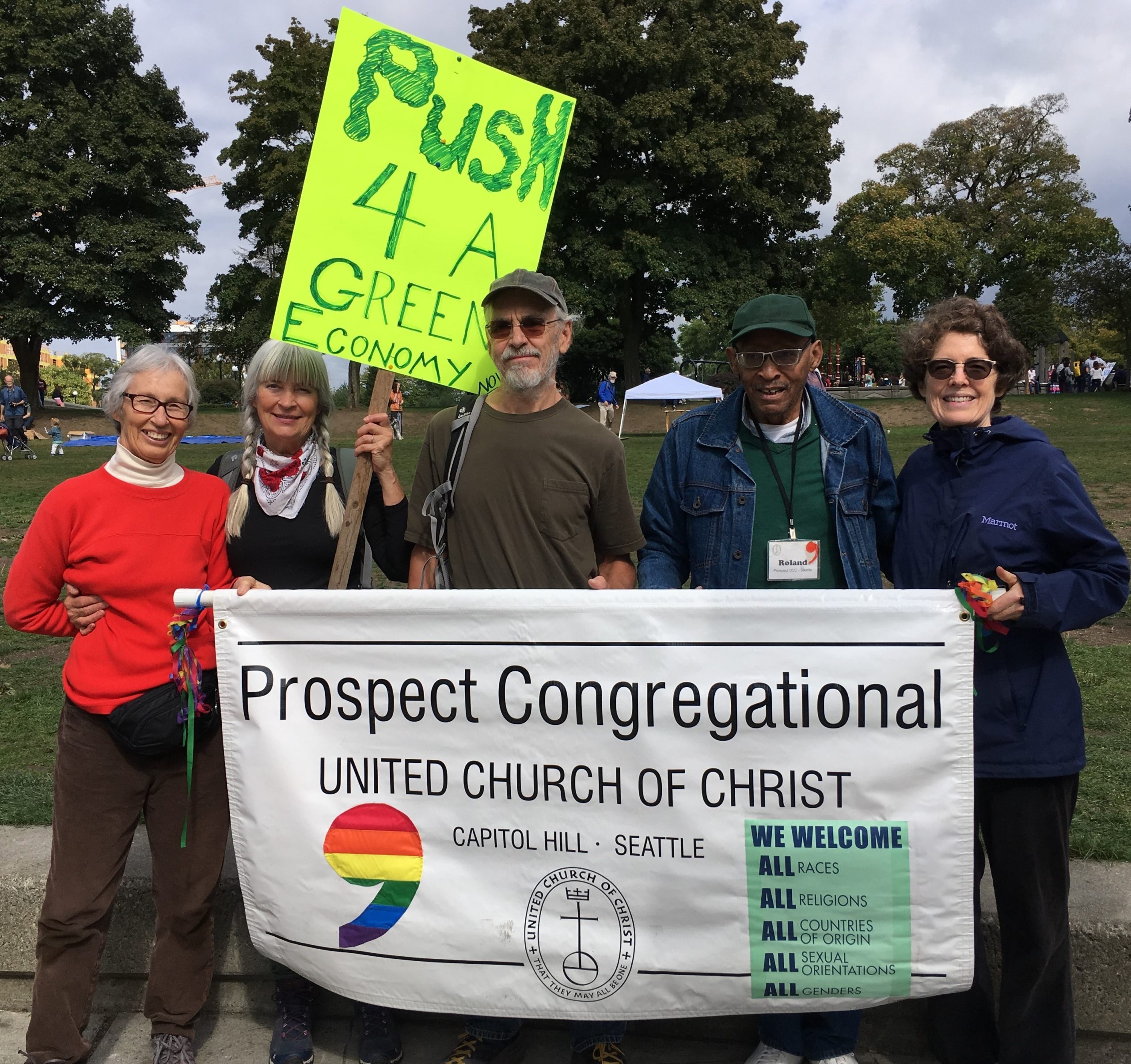 Across the country, United Church of Christ members, following the lead of young people everywhere, joined millions striking in the United States and around the world in a call to action on the climate crisis.

Seattle: ‘That was crazy’

Lambert, a senior at Jackson High School in Mill Creek, Wash., is a member of Kirkland Congregational UCC, in Kirkland. Her father, Ryan, is pastor of the suburban church north of Seattle. This was the third youth climate strike Grace said she has helped organize in her state – and the largest.

“Our official estimate was that 20,000 people showed up,” she said. “We were expecting 3- to 4,000, then we heard 10,000 and that was crazy. Seeing all of the hard work that we organizers put in come to life was incredible and I am still in shock at how many people we had. I think that we had so many people in both Seattle and worldwide because people – especially youth – are aware of just how dire the climate crisis is and how it will effect our futures.” 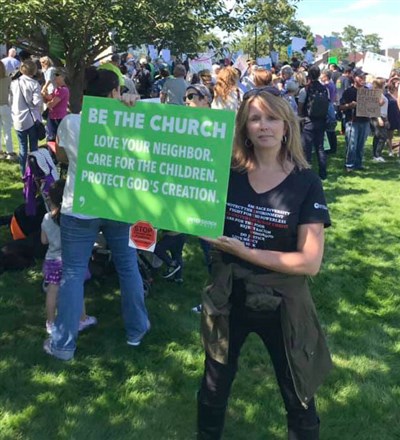 “Young people have the clarity of vision and the energy to pursue that vision, unhampered by political or career considerations,” said the Rev. Meighan Pritchard, pastor of Prospect UCC, Seattle. “This is their future at stake, and they are passionate about having a livable planet. I am excited to follow their lead and support them in this work.”

The group gathered for a rally at Cal Anderson Park before marching blocks to Seattle City Hall.

One of the event’s youth speakers told those gathered, “I would rather tell my beautiful [as yet unborn] children how we changed the world than how we let it die.”

Lynn Schafer of Seattle’s University Congregational UCC was moved by the effort. “That this is happening and initiated by youth gives me hope,” she said. “They have the social media connections that can be used in a positive way, and the ability to organize that previous generations didn’t have.”

The work of the young people was bolstered by the presence of an estimated 1,500 Amazon employees who have been organizing in recent months to push CEO Jeff Bezos to deal with the company’s enormous carbon footprint. Bezos responded, in an announcement at the National Press Club in Washington, D.C., with a commitment to power the company’s global infrastructure with 100-percent renewable energy by 2030, and to be carbon neutral by 2040. 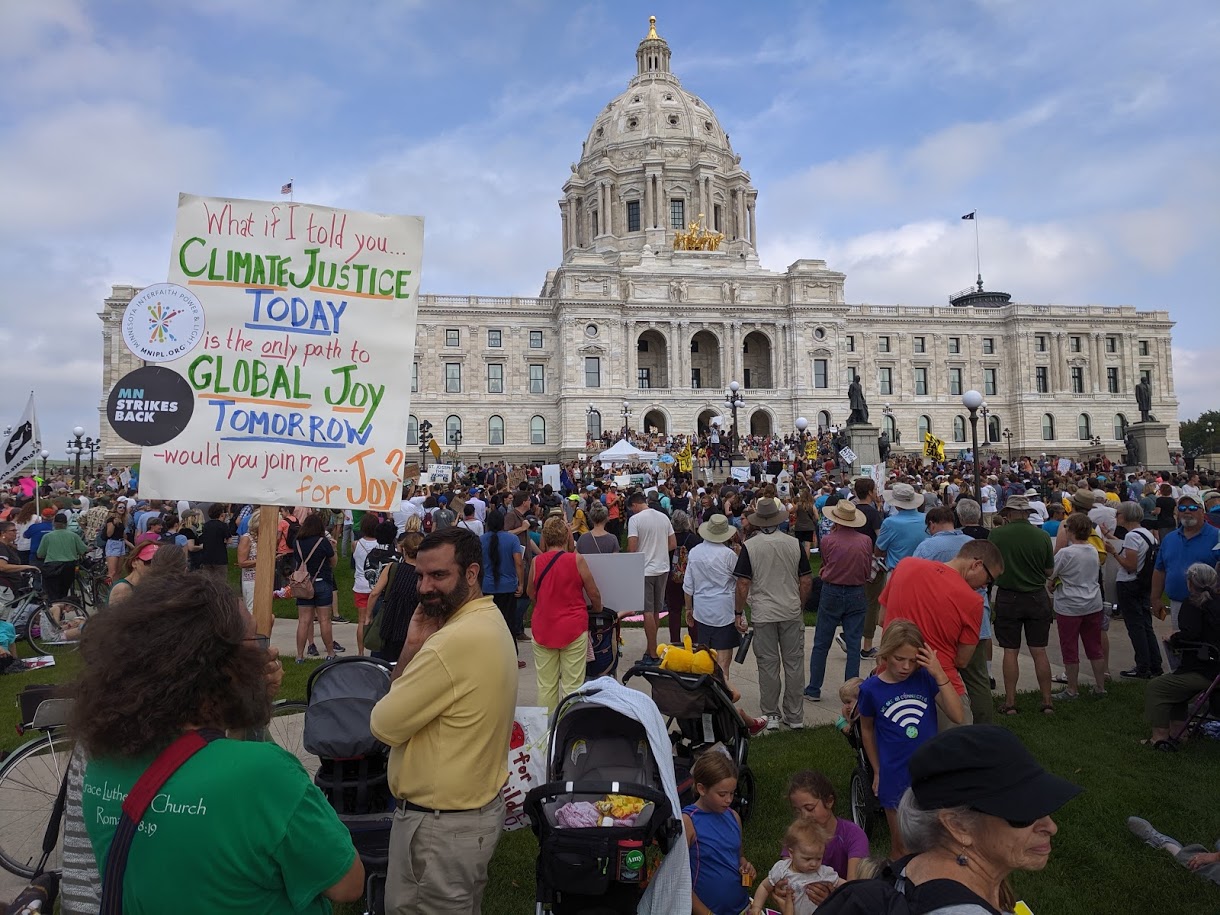 In southern New England, UCC Conference offices were closed in support of Climate Strikes in places like Hartford, Conn., Worcester, Mass., and New York City. Staffs of the Connecticut, Massachusetts and Rhode Island conferences – soon to be united in a single Conference – joined people from numerous UCC congregations in those states.

Massachusetts Conference Administrative Assistant Karen Methot marched in Worcester, where students from Clark University, Worcester Polytechnic Institute and Holy Cross converged with younger students and many adults in support. “As each group arrived, from different directions, we cheered,” Methot said. “There were several speakers – one in 8th grade, another in 3rd! Watching the groups of college students marching and chanting with their signs brought tears to my eyes. Seeing their commitment and solidarity gives me great hope for our future. They are the generation that will bring change.”

Connecticut Conference Associate for Innovation Susan Townsley marched in New York City. “The number of young people who demonstrated was impressive and heartening,” Townsley said. “‘You’ll die of old age, we’ll die of climate change,’ read one sign. Too bad our lousy stewardship has forced the young to the streets.” 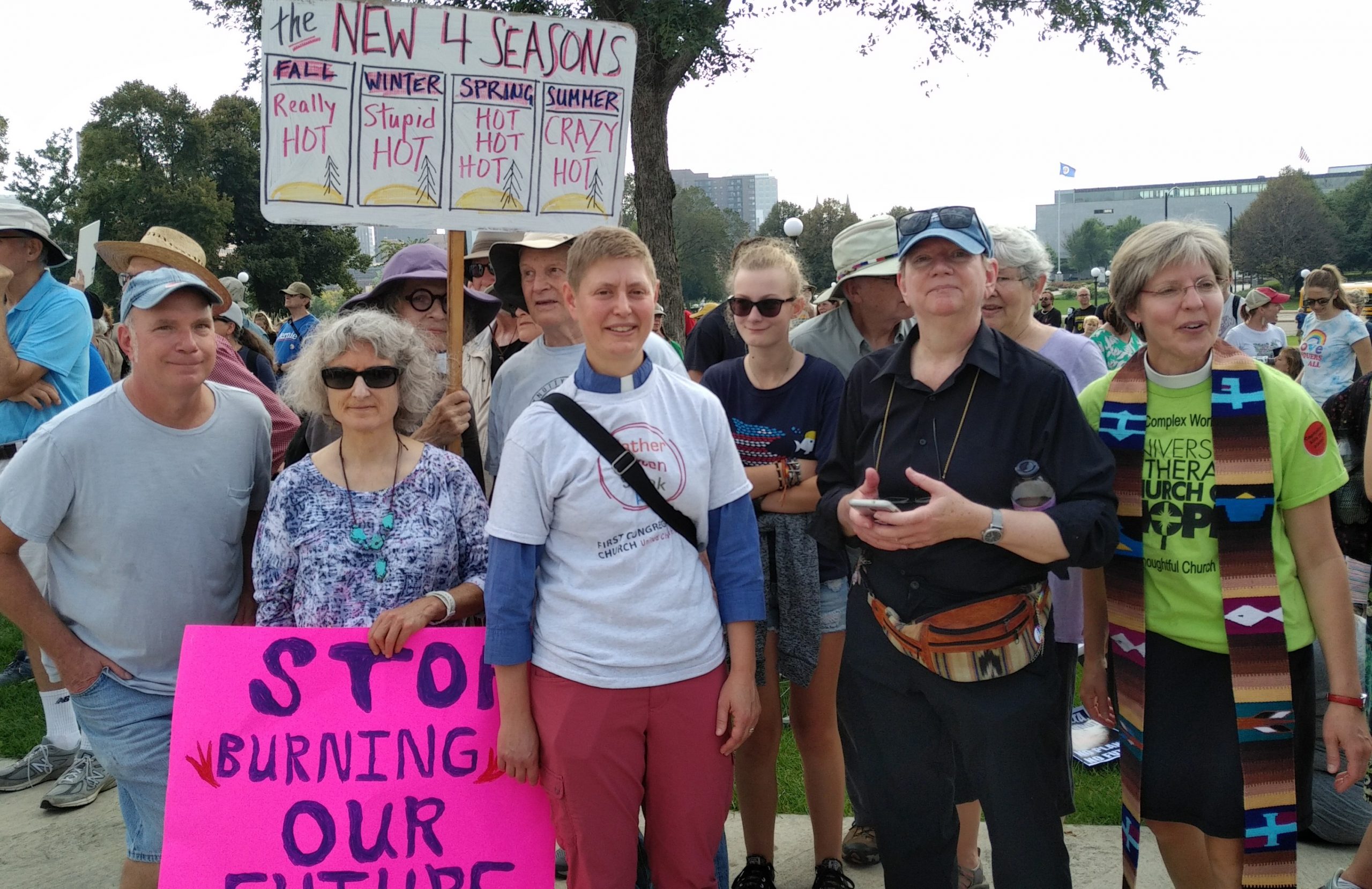 Pam Arifian, Director of the UCC Northeast Environmental Justice Center at Silver Lake Conference Center in Connecticut, worked with the Interreligious Eco-Justice Network to organize an interfaith prayer vigil in Hartford before the march on the state capitol. “People of faith gathered from various traditions to lift up prayers of thanksgiving and concern about planet Earth and our responsibility as stewards of the earth to not only pray but to also take action as a holy responsibility,” said the Rev. Kent Siladi, Connecticut Conference Minister, one of the participants. 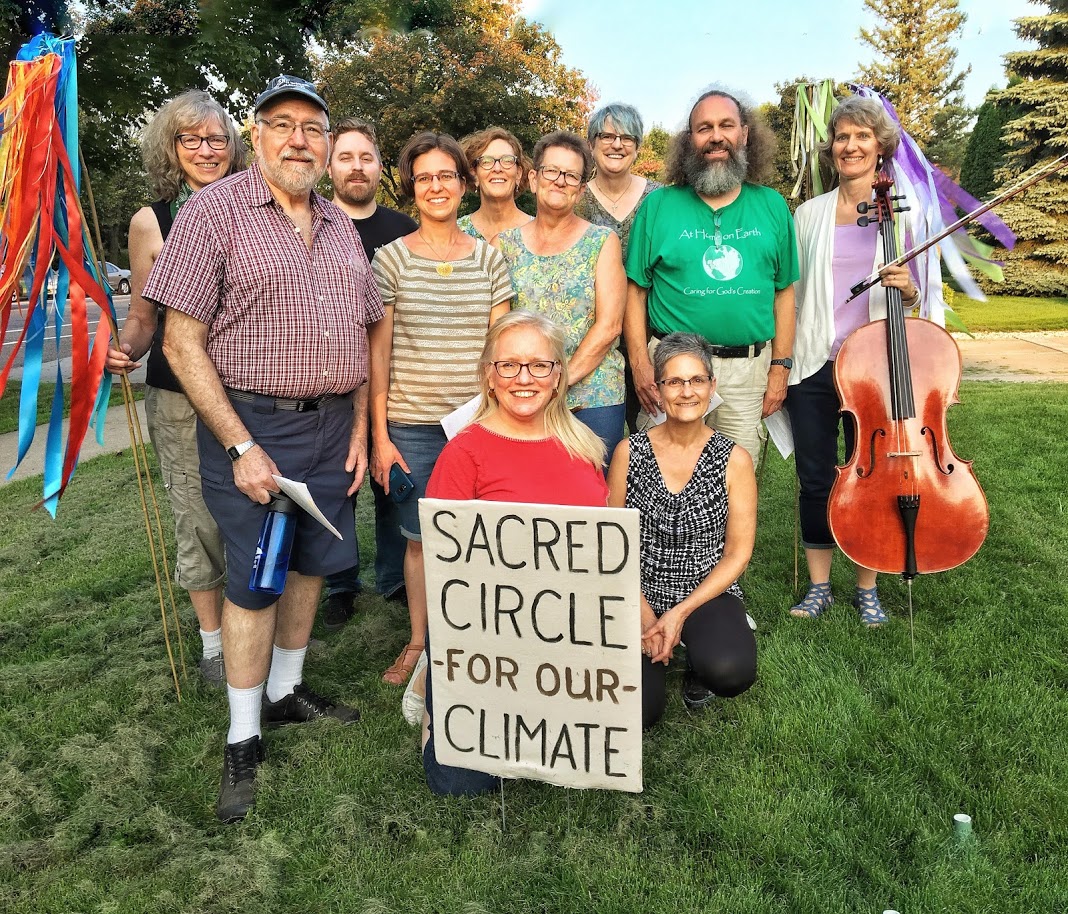 “As a Christian pastor, I was deeply honored to be following the leadership of youth,” said the Rev. Rebecca Voelkel, director of the Center for Sustainable Justice at Lyndale UCC. “In particular, I was honored to be a follower of brown, Black and indigenous youth whose voices lifted a clarion call: our theologies, our actions and our faithful practice must be united to protect our planet. All of our lives depend upon our ability to end the violence of extraction, dependency on fossil fuels and the racism which results in poor and communities of color bearing the brunt of our climate crisis. I really believe that in order to be a person of faith in today’s world, I have to be following this movement.”

Participants from St. Paul’s UCC in St. Paul started with a reflective prelude. A “Sacred Circle for our Climate” on the church lawn drew some 40 members and friends before the Capitol strike, just over two miles away. Inspired by their summer study of the book “Active Hope,” seven St. Paul’s members organized the time of music, reflection and sharing to “give people a place and space to begin their own process of facing ‘the mess we’re in without going crazy’ – the book’s subtitle,” said member Debra George. After the book study and the circle, “I now feel more hope, energy and excitement to work with other to make a difference,” she said. “I look forward to taking more action.”

“I am involved because I love my daughters, I love white fir trees and columbines, monarch butterflies and cedar waxwings,” said another St. Paul’s participant, Tracy Kugler. “I am working to build God’s kin-dom, a world where they can all thrive in community and mutually supportive relationships, a world abounding in love, justice, and joy.”