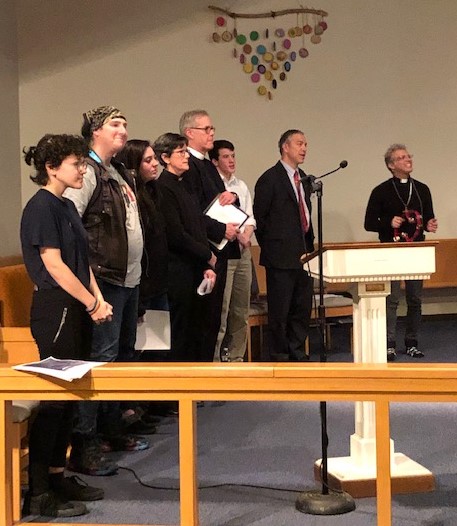 Back in September, the Rev. Robyn Gray was planning ahead. A new resident of rural Washington, Conn., she wanted to attend and support a Transgender Day of Remembrance service on Nov. 20. The nearest one she could find was in New Haven, an hour away.

So she and some clergy colleagues decided to create one locally, in nearby New Milford. It would be the first such service ever held in northwest Connecticut as part of the annual international observance that honors the lives of transgender persons lost during the past year.

The clergy spread the word through their congregations, via local networks of LGBTQ people and allies, and in a local newspaper.

On the evening of the service, they arrived: Gray, who pastors First Congregational UCC in Washington, a Methodist minister, an Episcopal priest, a Jewish rabbi and some young trans folk who would speak. They did not know how many people would turn out on a Wednesday in a corner of the state whose reputation is not particularly progressive.

Seventy people showed up. “I was stunned,” Gray said. Even New Milford’s mayor was there. His daughter, a lesbian, was one of the speakers.

Open-and-affirming First Congregational, where Gray has been pastor since April, had people there. So did New Milford Methodist, which hosted the service, and the other sponsors, St. John’s Episcopal and Temple Sholom. They weren’t alone. Gay-Straight Alliance members came from a local school, as did others from the community. 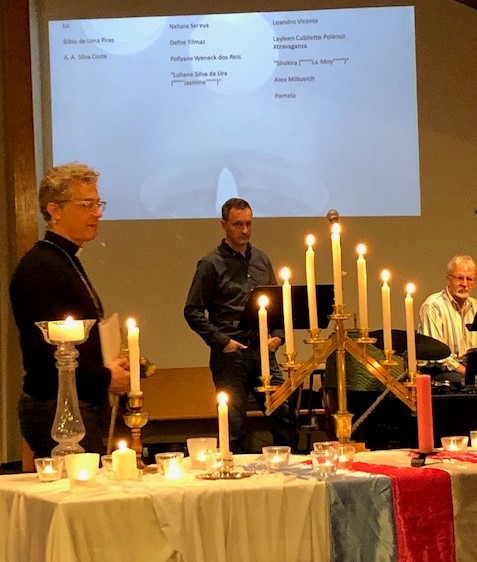 The service included the reading of names of nearly 40 U.S. trans citizens who have died in 2019. A candle was lit for each one. The names of all 331 who have died, worldwide, were projected. A young transwoman shared her coming-out journey and how hard it sometimes is to be herself. A young transman described his fear during a hostile confrontation at a local gas station, but also spoke about faith and hope.

Gray, who gave an opening prayer and a benediction, said she hopes the service will be held again next year and plans to follow up with people she met Nov. 20 about ways to support the trans community in the meantime.

For churches that want to organize a service, she recommends resources available online – such as those from the Metropolitan Community Churches – and that local LGBTQ people be included in planning. A visible, public service can make a difference in a community, she said.

“I feel like it raised awareness,” said Gray, who counts herself as part of the LGBTQ community. “Even some of the clergy who participated weren’t aware of the extent of the violence. I think the trans youth felt seen, acknowledged and empowered. They appreciated the safe space.”