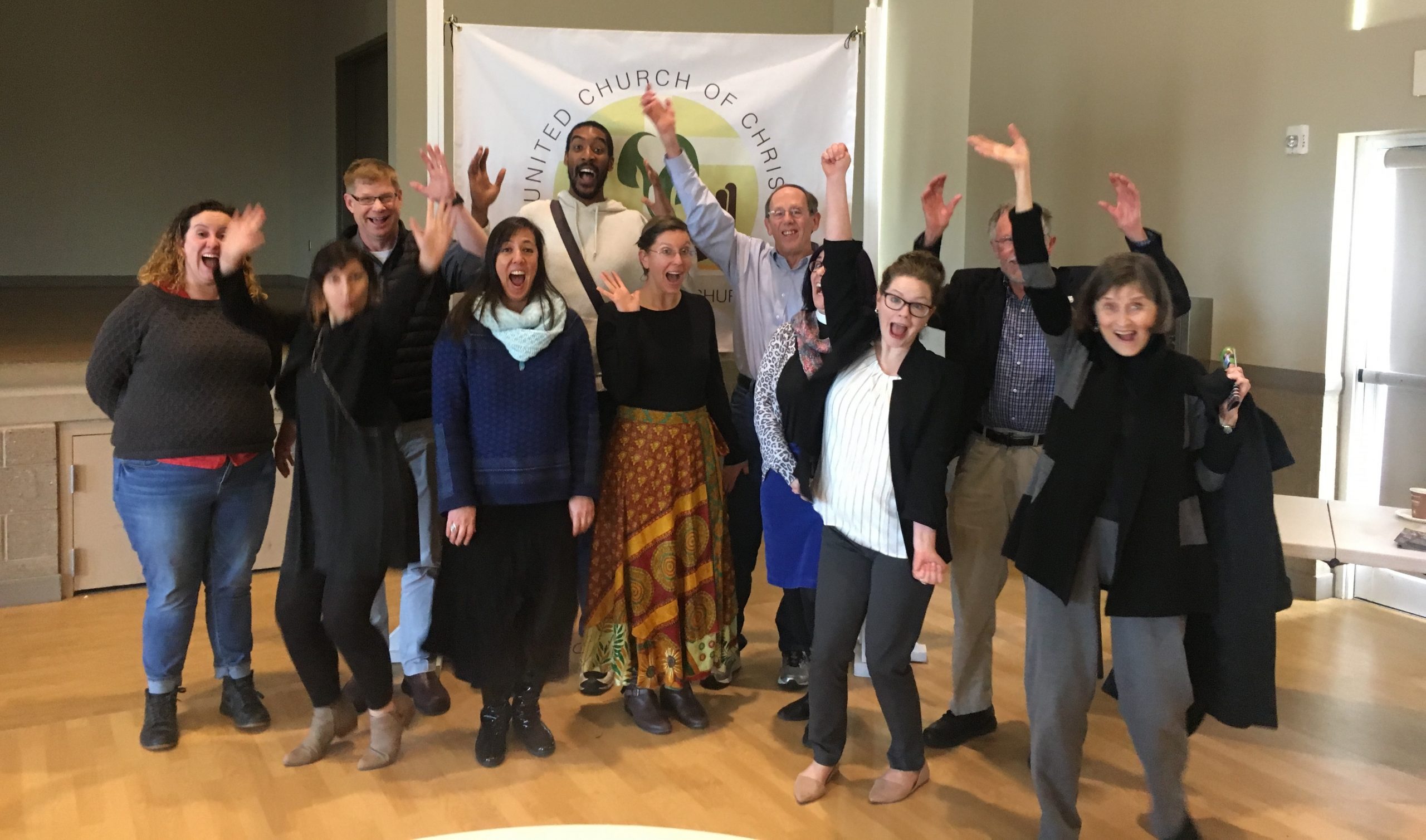 Despite a brief “North Carolina blizzard” earlier that morning, on Saturday, February 29th, about 50 people from within and beyond the Southern Conference of the United Church of Christ gathered at 9 am at Elon Community UCC for “Biscuits and Popcorn: A Climate Mobilization Film Festival.”  The film festival was the response of the SOC’s Creation Justice Network to the national UCC Council for Climate Justice’s Kairos Call to Action. The Creation Justice Network wanted to find a creative way to engage the conference’s congregations—and other denominations as well—in developing 10-year mobilization plans to address both climate and inequality.

As participants enjoyed biscuits and coffee, followed as the morning wore on by popcorn and Coca-Cola, they took in 11 five-minute films—four “produced” by local UCC congregations and seven by North Carolina faith-based environmental organizations—offering an assortment of models to tackle both climate and inequality. These included church permaculture projects, a Zero Waste Church initiative, young people of color fighting coal ash in their community, a solar array installation with panel sharing, church land use as sacred creation space, and black farming and environmental racism, among others. The films were inspiring, funny, and moving—and elicited passionate conversation among the participants. In fact, the film festival was not only engaging, and yes, mobilizing—it was plain old fun. So much so that the CJN is excited to consider expanding the festival to an annual Kairos Call to Action event. And who knows?  Maybe we’ll have a Best Picture award next time around. We’d love your ideas for our statuette!