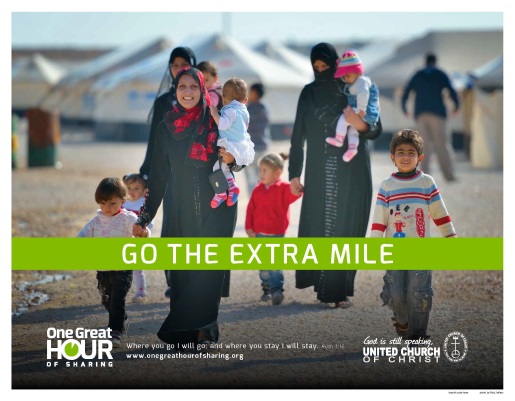 Preaching Theme: In a blame-the-victim society, Jesus reverses the responsibility to social systems that don’t function to fulfill God’s intention of abundance for all. We are called to be fertilizers of those systems of abundance.

Jesus uses specific events of his day and images of his listeners’ culture to communicate the nature of repentance and grace. The events and images in this passage would have evoked a visceral reaction from the first century listeners. They do the same for us.  The political violence of Pilate resulting in the blood of Galileans and a natural disaster that destroys buildings and the people beneath them do not affect all individuals the same. The symbolic nature of these events becomes real in the experience of listeners of all time periods. Why do the innocent suffer? Why did this tragedy happen to these people? Why the seeming randomness of death and destruction? It is reminiscent of questions raised in Job, Psalm 37, or Psalm 73. It parallels the question raised in John 9:2, “Rabbi, who sinned, this man or his parents, that he was born blind?”

Jesus moves those ‘why questions’ from a focus on those individual victims to the society and systems of which they are part. “Unless you repent, you will all perish just as they did,” he tells the disciples (and us). In Jesus’ world, repentance requires turning and change into a path of right relationship with God and with one another. “Life in the kingdom is not an elevated game of gaining favors and avoiding losses. Without repentance, all is lost anyway” (Fred Craddock, Interpretation:  A Bible Commentary for Teaching and Preaching, Luke, Louisville:  John Knox Press, 1990). Corporate and individual repentance is the go-to response for Jesus because although the cause of the suffering is not the main point for God, the reality of those without power as the most vulnerable to political violence or natural disaster persists. People who live on the margins of society already struggle with multiple layers of hardship to which the crisis at hand is added. Those who already suffer also have less resources at hand or available to them to recover. In the spirit of the word “Ubuntu” from southern Africa "I am because of who we are" or Paul’s Greek nuance recorded in I Corinthians 12:26, “If one member suffers, all suffer together with it: if one member is honored, all rejoice together with it.”

Jesus then switches from historian to story-teller in this Lukan passage to communicate the grace in this repentance. He refers to the fig tree and verbal exchange between master and gardener. Matthew and Mark record a version of this story as the “cursing of the fig tree” while Luke uses it to reinforce the grace in repentance. In all accounts, the fig tree is held accountable for not producing good fruit as is intended. In Luke, the master is ready to cut it down and start over until the gardener pleads for another chance. The request is not just one more year to let things ride, but one in which the gardener will fertilize and work with the soil so the tree will produce the abundance intended for itself and for the vineyard of which it is part. Fred Craddock speaks of this as God’s mercy still in serious conversation with God’s judgment (Craddock, p. 169). The master agrees to another year, offering the fig tree with the gardener’s accompaniment, another chance to be in right relationship as intended - to bear fruit.

The seeming randomness of natural disaster adds to the difficulty of experiencing the event and its aftermath. Life is going on as expected one moment and in the next everything is thoroughly disrupted. Recovery, therefore, includes shaping a “new normal” physically, communally and spiritually, assigning meaning to the experience. When that assigned meaning is to blame the victim though, it not only causes more suffering for the group already affected, but also compromises the whole society. Jesus turns that go-to-response of blaming the victim on its head, insisting instead on the responsibility of all in an attitude of repentance. Inherent in repentance is turning and change. That gardener is given the grace of yet another chance to be the one who fertilizes and cares for the tree so it produces good fruit.

In April of 2015, the Himalayan Mountains shook and the people of Nepal experienced a devastating earthquake. People killed. Homes and communities tumbled. Nepal has few resources as a nation for massive rebuilding. Explanations exist: Tectonic plates shift. People have few resources and homes are poorly built. On-going and long lasting political turmoil and violence reflect and create social instability. Nepal’s closed government is suspicious of outside groups. As a Hindu government, it is especially dubious about outside religious groups. It might have seemed easier for the rest of the world to go about our business and let the Nepalese deal with this tragedy on their own. Why bump up against international boundaries and cultural expectations? But the God-experience of corporate repentance and turning to right relationship addressed those boundaries and made possible participation in international response. As part of global church disaster agencies with global credibility of technical expertise and insistence on serving all, the UCC could be part of immediate response through these organizations already in place in Nepal. Seeking partnerships of organizations serving globally with particular skills in housing construction, the UCC could be part of the construction of earthquake- resistant homes. As participants in the 2015 global Paris Climate Summit, the UCC could be part of changing attitudes and international norms to address climate change that is making the mountainous Himalayan region of Nepal even more unstable. Nepal does not headline the global news media, but through a repentance that recognizes our interdependence and mutual responsibility for all who suffer, we can be part of the journey of the people of Nepal as they rebuild their lives and communities.

In Flint, Michigan, a two-plus year journey by the local people fighting a loss of democracy embodied in lead-filled drinking water, exploded onto the U.S. national media platform last month. State-appointed emergency managers had been appointed by the governor to low-income communities with a mandate to control spending. The emergency manager in Flint made the decision to switch the city’s water supply from the treated supply from nearby Detroit to the untreated Flint River in order to save money. The polluted water flowed into homes for drinking water as well as into corroded pipes in the city’s run-down infrastructure to send lead from those pipes into people’s homes for drinking water – all the while assuring people that the foul-tasting and smelling and brown water really was safe to drink. A medical study of lead levels in Flint children caught the attention of the nation resulting in a FEMA disaster declaration. UCC Disaster Ministries has been involved through a solidarity grant and accompanying local people in their plans for intermediate recovery steps of filters and community support for those with the least access to recovery efforts. Rachel Maddow of the national media’s MSNBC has been particularly vocal in the midst of this crisis. Maddow hosted a town hall style news show in Flint on January 27, 2016 which aired as her show “An American Disaster: The Crisis in Flint” (MI). The conclusions she voices at the end of the show echo what I hear Jesus saying in these verses in Luke 13.

Rev. Charles Williams, National Action network of Michigan President had just lamented, “We’ve been fighting this thing for over 2 years…When is enough, enough?” Rachel Maddow turns to the camera to address the wide public: “I want to tell you. Being here in Flint there is a conclusion I have come to today; being here and talking to people; that I did not expect to come to. The conclusion is that this crisis IS fixable, that it will be fixed. I believe it.”

After a commercial break she explained why with this conclusion:

“America does big things. America has done an interstate highway system, man on the moon, expectation of clean drinking water everywhere in this country – big things. You here in Flint did nothing to bring this disaster upon yourselves. The poisoning of this town has been done to this town by your state government and not by you. And it really is a big disaster. And it has consequences for this generation and for generations to come. This is not some little thing that went wrong in a small-to-medium-sized city that used to be a little bit bigger. This is a disaster. This is a man-made American disaster of national consequence. And part of the reason we came here to Flint tonight is not because I’m from here or I’ve got some Michigan connection. I don’t. And most Americans aren’t from here or have some specific connection to this place. But we, as your fellow American, have to start thinking ab out the restoration of this town – the restoration of Flint – as one of the big things we need to do as a country. Flint already is strong. You all know how strong you are. You are not alone. IT TOOK AWHILE. But America is with you now, Flint, MI. It is a matter of getting it done; of getting people in place who will do the big things that need to be done to fix this. I am convinced it is going to happen. It is going to be hard but it has to happen and it will happen; because we, as a country, won’t let something like this lie.”

The nuts and bolts of not letting this lie do take hard work. The fertilizing work of the church goes on when the national media might go on to different topics. The repentance that comes with recognizing our interdependence creates space for another chance to accompany local people as they recover and create abundance.

Hymn:  Great is Your Faithfulness