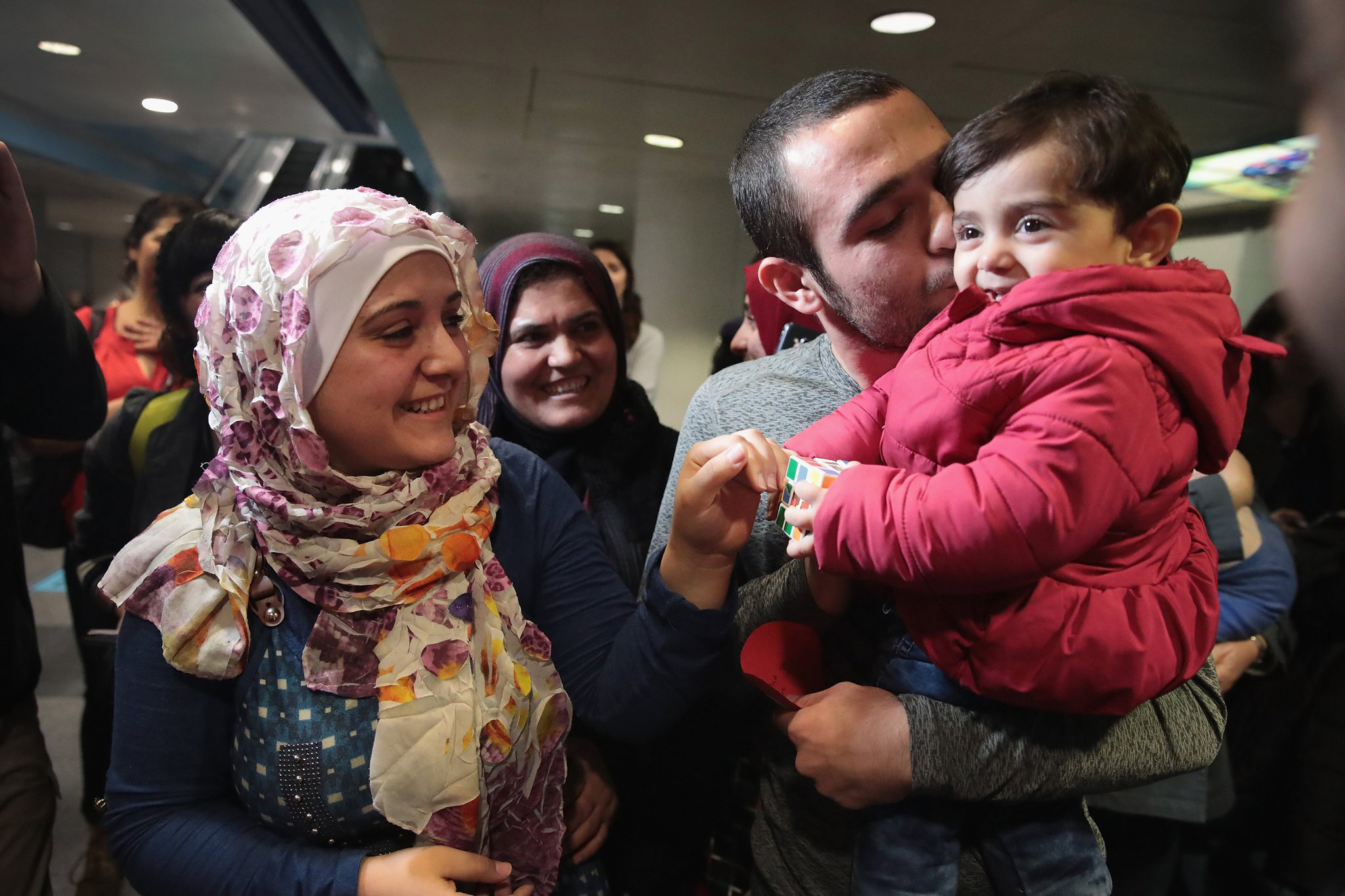 The United Church of Christ is calling its congregations, conferences and ecumenical partners to a Week of Prayer for Refugees – especially for those who may not be afforded the opportunity to build a new life in the United States because of the government’s still shrinking limits on the number of refugees allowed into this country every year.

“We want people to pray and take additional actions against the United States’ possible decision to reduce the number of refugees legally allowed to enter the U.S., from 85,000 previously, to 45,000 currently, to a possible mere 15,000 during the next year,” said the Rev. Mary Schaller Blaufuss, Team Leader, UCC Humanitarian & Development Ministries. “All congregations that work with refugees will have their ministry compromised because there will be so few refugees allowed into the U.S.”

The President of the United States sets the refugee number, in consultation with Congress. According to the U. S. State Department’s Refugee Processing Center, the number of refugees resettling in this country has consistently fallen, from the highest number of more than 207,000 in 1980 under President Ronald Reagan. In 2016, under President Barack Obama, the number of refugees admitted was 85,000. That number was almost cut in half under President Trump – to 45,000 permitted in 2018 – with less than 20,000 actually admitted into the country so far this fiscal year, which ends September 30. Beginning October 1, indications are 2019 refugee resettlement will be limited to 15,000 people. 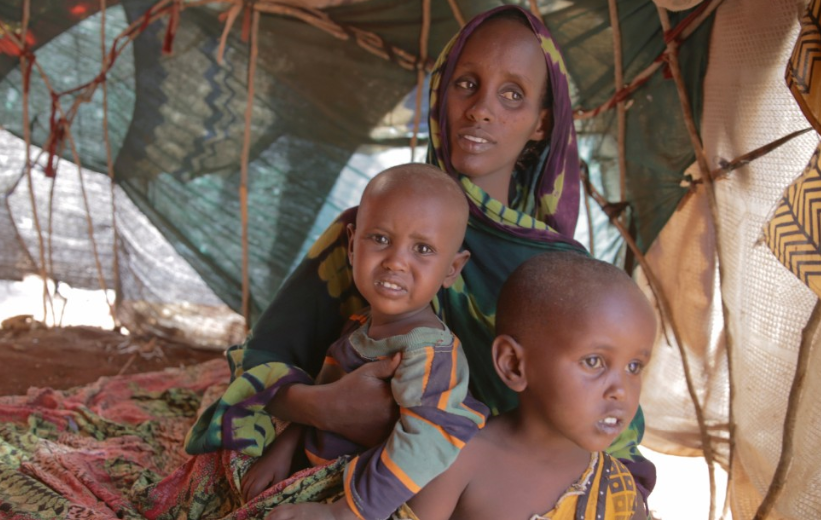 “There was no warning of how drastic and truly hurtful the President’s refugee determination for next year could be,” said Amanda Sheldon, the UCC National Disaster and Refugee Ministries Program Associate. “We knew it was critically important to welcome at least 75,000 refugees, and when we heard his decision could be made within days or weeks, as Christians we decided first to pray, and second to equip our congregations to contact their Members of Congress, with whom the President is required to consult before he makes his decision that puts both refugee lives and our diplomatic relations at risk.”

The Week of Prayer and Action for Refugees #Pray4Refugees, August 20-26, is aimed at protecting the future of the U.S. refugee resettlement program. The campaign calls for prayer and a different action each day which can be accessed on the UCC website and shared through social media.

Monday’s prayer is written by the Rev. Jim Moos, Executive Minister for Global Engagement and Operations.

“We grieve the fact that, in the midst of the worst refugee crisis in history, our country is increasingly closing our doors to them as fear, bigotry and misinformation run rampant. Banish ignorance, hatred and indifference from all hearts and remove barriers to love and justice. Lead us as a nation back to the scriptural mandates to love the stranger, to welcome the alien and to extend freedom to the oppressed.

We pray for protection for refugees in the midst of dangerous travels, hope for those who languish in camps and healing for separated families that long to be reunited.

We pray that the forces of violence and destruction that drive refugees from their homes might be overcome with justice and peace.

At this time when critical policy decisions are being made, we pray that those in power in our nation’s capital would reopen the doors that we might again welcome refugees in large numbers with joy and thanksgiving, recognizing that we are your children together.

We ask these things, not as helpless bystanders, but as disciples who are committed to learning and implementing the ways of love in our communities and world.” 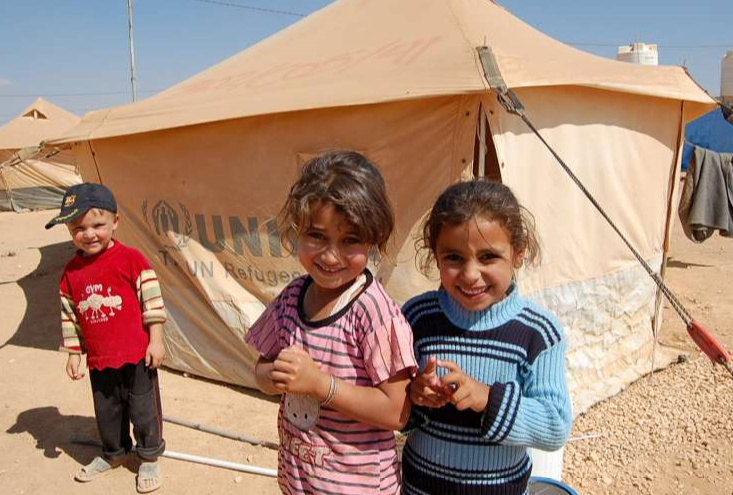 This campaign, initiated by UCC Refugee Ministries, is designed to lead with prayer as a church, linked to an advocacy action for congregants who want to be involved. It is already spreading beyond the United Church of Christ. Faith community partners joining the denomination with plans to engage in a #Pray4Refugees week between Aug. 20 and Aug. 31 include Church World Service, the Christian Church (Disciples of Christ), Episcopal Migration Ministries, the Presbyterian Church USA, and the United Methodist Church.

“Just as Esther called for prayer and fasting when the safety and survival of her people was in the hands of King Ahasuerus, we know prayer is our most powerful tool when the lives of refugee families hang in the balance and our leaders are making life or death decisions about whether to honor our national commitment to freedom and our Gospel call for welcome and abundant life,” Sheldon said. “Our second most powerful tool is the prayerful action we take to have the courage to speak the truth of welcome to those in power.”

The UCC does a lot of refugee resettlement ministry in partnership with Church World Service affiliate offices around the country that connect with local congregations. So there are countless local ministries sure to be impacted by lower limits.

“Refugee resettlement is one of those ministries that is a ministry of the collective church as much as it is a ministry of individual congregations. A private-public partnership between church and government that makes it work,” said Blaufuss. “The government now is not doing its part and is impeding the church from the ministries of justice, compassion and love for which we are called.”