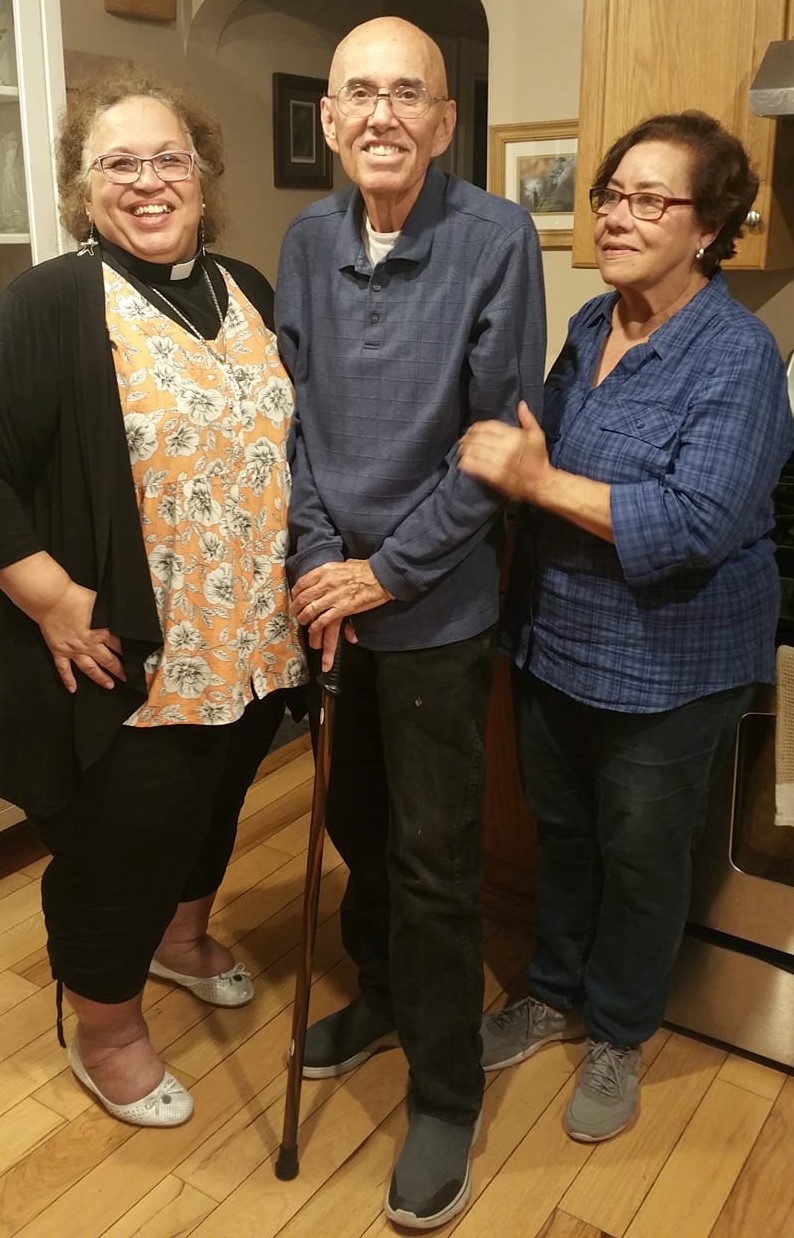 The Rev. Edwin O. Ayala, who led Latinx congregations of the United Church of Christ in Connecticut, served on the denomination’s national staff, and headed an ecumenical agency in Hartford, died of pancreatic cancer Sept. 23. He was 71.

“Edwin was an outstanding leader in the United Church of Christ,” said the Rev. Kent Siladi, Conference Minister of the Connecticut Conference. “A fierce advocate for justice, a pastor with a big heart, an engaging and compelling preacher, he left a lasting impression on any who met him. He was actively engaged in the wider church and he loved the United Church of Christ and our commitment to love and justice. His smile and his sense of humor were a part of his warmth. We hold his family, friends and colleagues who mourn his passing in our prayers. Edwin will be missed.”

Born Dec. 20, 1947, Ayala graduated from the College of Agriculture and Mechanical Arts, now part of the University of Puerto Rico at Mayagüez, with a degree in civil engineering in 1970. He then studied theology at seminaries in San Jose, Costa Rica, and San Juan, P.R., receiving his Master of Divinity degree in 1979 from Seminario Evangélico de Puerto Rico. He later took advanced courses at Hartford Theological Seminary. He received ministerial standing in the UCC and the American Baptist Churches.

From 1979 to 1991, he ministered in New Britain, Conn., first as “Hispanic Pastor” of South Congregational UCC and then as pastor of Iglesia Bautista Congregacional, or Baptist Congregational Church, organized in 1982 and dually affiliated with the UCC and the ABC.

From 1991 to 1995, Ayala was based in Cleveland as the first-ever Hispanic church development specialist with the United Church Board for Homeland Ministries. He was part of a UCBHM team creating programs to nurture churches of the UCC’s historically underrepresented racial and ethnic traditions.

Ayala’s work was part of “the larger mandate of a General Synod action to make evangelism and church growth a priority,” said the Rev. Thomas E. Dipko, retired UCBHM executive vice-president. “The fruit of his faithful leadership continues today in new and renewed Hispanic congregations. He was a bridge builder in nurturing racial and ethnic cooperation and ecumenical partnerships.” 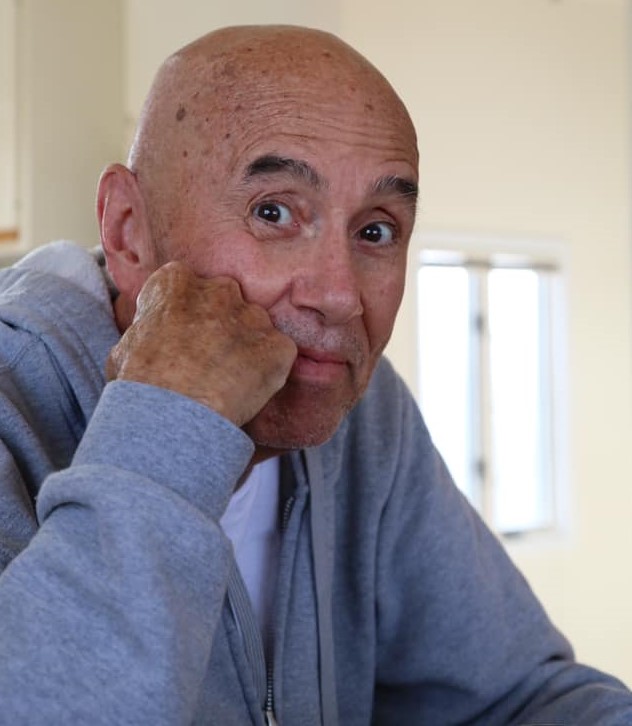 Returning to Connecticut, Ayala joined the staff of the Christian Activities Council, a Hartford ecumenical social service and social justice agency. He served there from 1996 to 2014, in positions including associate director and executive director.

He remained active in the wider UCC as a member of the Connecticut Conference Department of Church in Society, president of the New England Hispanic Ministries Council and on the national Council for Hispanic Ministries. He was a presenter at a UCC New Church Leadership Institute in Atlanta in 2007 and was among 70 participants in a UCC convocation on health care in Cleveland in 2008. In retirement, he served occasional interim ministries, such as one from 2015 to 2017 at First Congregational UCC, Bloomfield, and operated a cultural-diversity consultancy that he called Intersections Connections.

“Rev. Ayala was my colleague and friend whose life touched so many,” said the Rev. John Selders, pastor of Amistad UCC, Hartford, and Bishop Presider of the Inter-Denominational Conference of Liberation Congregations and Ministries. “His particular skill in navigating the sometimes challenging waters of ministry in an urban context was a remarkable gift to us all. He was a loved talented spiritual leader.  We will miss him.”

Several Latinx UCC ministers, now well into their careers, speak highly of Ayala’s influence when they were starting out.

“He was my pastor before I went to seminary,” said the Rev. Pérsida Rivera-Méndez, associate pastor of Church of Christ, Congregational, a UCC congregation in Newington, Conn. She also serves Ministerio Nueva Creacion, a joint UCC-Lutheran community of faith in Manchester, Conn. “We pastored together at New Hope Hispanic UCC Church in East Hartford, and he mentored me during my seminary studies and beyond. We also did community organizing together.” 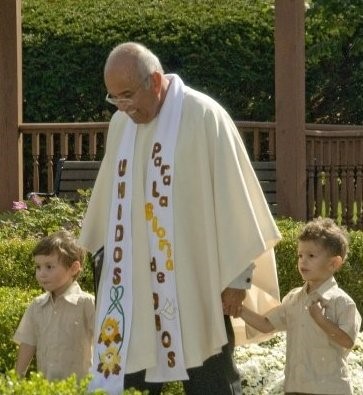 Rivera-Méndez, who has also served on the UCC’s national staff, described Ayala as a teacher, mentor and friend. “He was a man of deep conviction for justice, inclusiveness and extravagant welcome of all God’s people,” she said. “He worked tirelessly for a world where everyone was accepted, valued and appreciated as beloved children of God. He loved life to the fullest and had a great sense of humor and wisdom to share. His optimistic view of life touched people with God’s love. He was loved by those who engaged with him because he lived his life each day honoring his call to serve others and God.”

“Goodbye, Rev. Edwin Ayala,” wrote the Rev. Elizabeth Aguilar, senior pastor of Community Congregational UCC, Chula Vista, Calif., in a Sept. 23 Facebook tribute. In 1998 she became the first Mexican-American woman ordained in the UCC. “Thank you for believing in my call and introducing me to the Church and Ministry Committee of the Central Association of Connecticut, which eventually ushered me through the ordination process,” she wrote. “Ministering with you at your church that summer, after my first year of seminary, was an important experience for me.”

“I will always be grateful to him and his supportive family,” Aguilar said. “My heart is sad but I’m grateful Edwin will now rest in the arms of the One who loves him the most. ‘Well done good and faithful servant.’ Hasta luego, amigo! Y gracias por todo!”

He is survived by his wife, Doris (Luciano) Ayala, and a number of children and grandchildren.