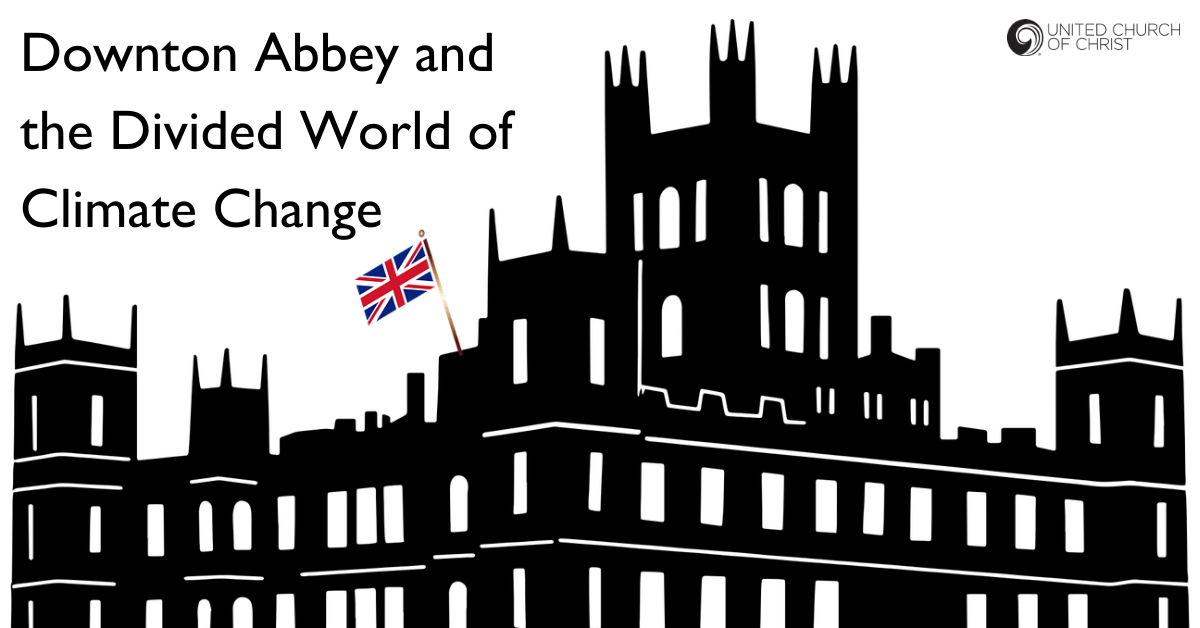 After much anticipation, the Downton Abbey movie has arrived. For six seasons, beginning in 2011, millions of us unplugged the phones, pulled down the shades, and dimmed the lights on Sunday evenings to join an estimated 13.3 million other fans following the fortunes of the Crawley family, their servants, and their home. We hoped for Robert, the Earl of Grantham, as he struggled to manage a vast estate. We admired Cora, his American heiress wife, who brought the money to the marriage and brought up three daughters with wisdom and charm. We cheered when Mary, one of those daughters, and Matthew, her working-class cousin, finally got married, and we mourned at Matthew's premature death.

And that was just the upstairs. There was another drama continuously unfolding among the household staff, with Branson, the chauffeur, marrying the youngest Crawley daughter, the scheming O'Brien looking a lot like Satan in the book of Job, and the saintly Anna suffering the trauma of sexual assault. It was all riveting stuff.

And it was all disappearing. Downton Abbey was a classic period piece, set in the waning days of the Edwardian era, which lasted barely more than a decade. The age of great country homes among the English aristocracy, with dozens of servants and thousands of acres and hundreds of tenant farmers maintaining an opulent lifestyle for a privileged few was at the edge of its collapse when the series opened in 1912. It all came crashing down with the first World War, never to be rebuilt. Today, Highclere Castle, the real-life Downton Abbey, survives as a tourist attraction, with the public buying tickets to guide themselves through its public rooms and renting its grounds for benefit concerts. The world of the Crawley family, unsustainable even in its day, is long gone.

We don't think of ourselves as the Crawleys, of course, but everything's relative, and we in the northern hemisphere are living a lifestyle that is just as unsustainable as the Crawleys' was. We in the heavily industrialized northern half of the globe are living beyond our means. We're consuming faster than we're replacing. We have arranged our lives for a level of ease and security in ways that cannot last, and we are resisting the warning signs that a hard crash is coming. We've built for ourselves a hotel culture, where we feel we're entitled to be indulged, pampered, and catered to, and the cost to the planet is more than we can pay.

Recently, I joined a few dozen protesters, a good number of them young people who were skipping school, in the Amistad Chapel of the national offices of the United Church of Christ. They were there for a worship service prior to the Climate Strike in Public Square that they were participating in with others around the world to draw attention to the growing signs of distress creation is sending us as a result of climate change.

I found myself wondering whether we care enough to change the direction in which our society is heading or whether we will simply and stubbornly drive ourselves over the edge of environmental collapse and then see what can be salvaged from the wreckage of civilization?

On the evening of December 26, 1966, a fifty-nine-year-old historian of medieval science named Lynn White, Jr. delivered a talk at the annual meeting of the American Association for the Advancement of Science in Washington, DC. It was entitled “The Historic Roots of Our Ecologic Crisis,” and it was published in the journal Science in March of the following year. White had built his career at Princeton, Stanford, and UCLA by studying the technological advances of the Middle Ages, such as the wheel barrow, the spinning wheel, and wind mills. One of the things he came to realize was that how we treat the world around us is determined not by our technology, but by our beliefs, and White argued in his 1966 address that the Judeo-Christian notion that humans are distinct from the rest of the world and that the natural world exists for our benefit is the belief that drove the technological developments, including industrialization, that were wreaking havoc on the environment already in the 1950s and 60s.

Lynn White's article is considered a classic in the literature of environmental ethics, and I was first exposed to it twenty-odd years ago when I assisted Prof. Theodore Hiebert teach a course at Harvard called “Nature and the Hebrew Bible.” In that course, Prof. Hiebert tried to show students that, while the Bible does not speak with only one voice about our relationship with creation, one idea that is very clear throughout both testaments of the Christian Bible is that whatever redemption means, it does not mean that humans are redeemed apart from creation. There is no teaching that can legitimately be called “redemption” or “salvation” in scripture of humans going to heaven and leaving earth behind. The unified witness of scripture, on the contrary, is that redemption consists of a new heaven and a new earth, articulated that way first by the prophet Isaiah (65:17), repeated by Jesus in the prayer that we recite every Sunday – “thy kingdom come, thy will be done on earth as it is in heaven” – and affirmed in the book of Revelation using the same words that Isaiah used 700 years before: “And I saw a new heaven and a new earth” (21:1). We who claim to be partners with God in the work of redemption cannot continue to focus our attention exclusively on people. The only form of justice adequate to address our most basic problems is ecojustice, which is justice for everyone and everything in creation, and not just people. Our anthropocentric worldview is literally killing us and a lot of other creatures with us; do we care enough about ourselves and about them to change our thinking?

Those of us living like the Crawley family of Downton Abbey need to scale back our luxurious lifestyles so that others of us can live securely and safely. We also need to obey Jesus' command that we love our neighbor as we love ourselves so that we don't dump our garbage and toxic waste in neighborhoods that don't have our political clout. Do we care enough to change our extravagant and wasteful lifestyle?

People who are trying to live not only within their means but also within a framework of faith always have to ask what that price is, not just for themselves, but for others and for the earth itself. When we poison land and water and air in the manufacturing of conveniences, the price is too steep, and we need to pull back. When we can't eat the fish from our lakes and oceans because they've ingested too many toxic substances that we've dumped into the water, we've got to find cleaner ways of making the things we want or learn to do without them. When we're seriously considering colonizing the moon because life on earth is becoming increasingly unlivable, we need to stop and ask ourselves how we got into this mess and how we can get out of it without rocketing our problems to other planets.

Let us examine our whole lives as stewards of God's creation, our earthly home. Jesus told us that if we can be good stewards in small matters, we can also be good stewards in large matters, because good stewardship is a transferable skill. What good might we do, not only for our church, but for the world, if we took seriously the mandate given to our ancestors in Genesis (2:15), who were told to serve and preserve the earthly paradise that God gave them – and gives to us – as a home?

The Rev. Dr. Eugene C. McAfee is the pastor of Faith United Church of Christ in Richmond, Ohio.