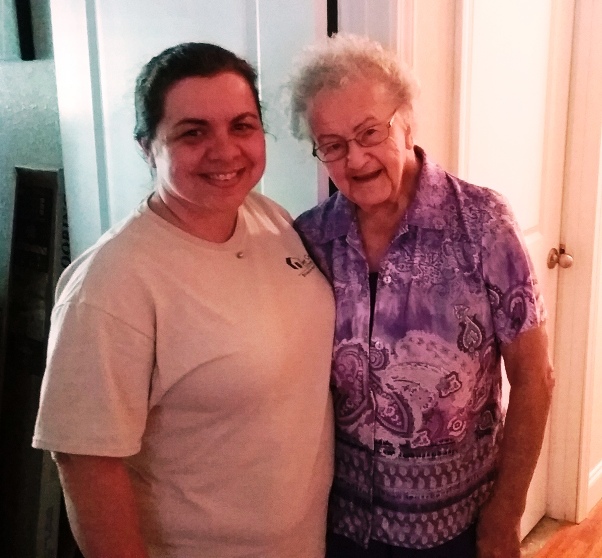 Sign up for this work site, and inquire about scholarships for UCC work teams! Click here for full info.

It was raining buckets that Saturday night last August, but hard rains aren't unusual in Louisiana.

"I didn't know it was going to do what it did," recalled Elgie C., 90, who began the evening as she usually did, alone in the home she loves.

A neighbor came by to share predictions of flooding and to help Miss Elgie ("like Elsie but with a G") get her 15 family photo albums up off the floor and onto the sturdy dining room table.

Next thing she knew, Miss Elgie's son-in-law and two friends were at her door with a boat.

"When I opened the door, the water rushed in and pushed me back," she said. "My neighbor was behind me and pushed me to them and that's how I got out.  The water was up to my son-in-law's armpits, and he's tall."

Miss Elgie's home was one of 154,000 damaged by the 24-hour, torrential downpour that some have called a 1,000-year weather phenomenon.  And hers is one of the first to be restored in a volunteer effort that includes United Church of Christ Disaster Ministries.

Some flood survivors have the resources to repair their damaged homes on their own, but some do not. The UCC is partnering with Fuller Center Disaster ReBuilders to recruit volunteer work teams to help low-income and uninsured homeowners recover in Livingston Parish, La., which is near Baton Rouge.  Priority is given to the elderly, handicapped, veterans and single parent families.

"We are almost done with four homes, and we're about to take on some more homes," said Mary Glover, the Fuller Center's Volunteer Coordinator (pictured here with Miss Elgie).  "There are still many homes yet to be mucked out and gutted.  It could take three to five years to get our community somewhat to where it was.

"So many people are hurting, feeling so hopeless that they will never be back home or see their home complete again," she said.  "There are still a lot of people who need us." 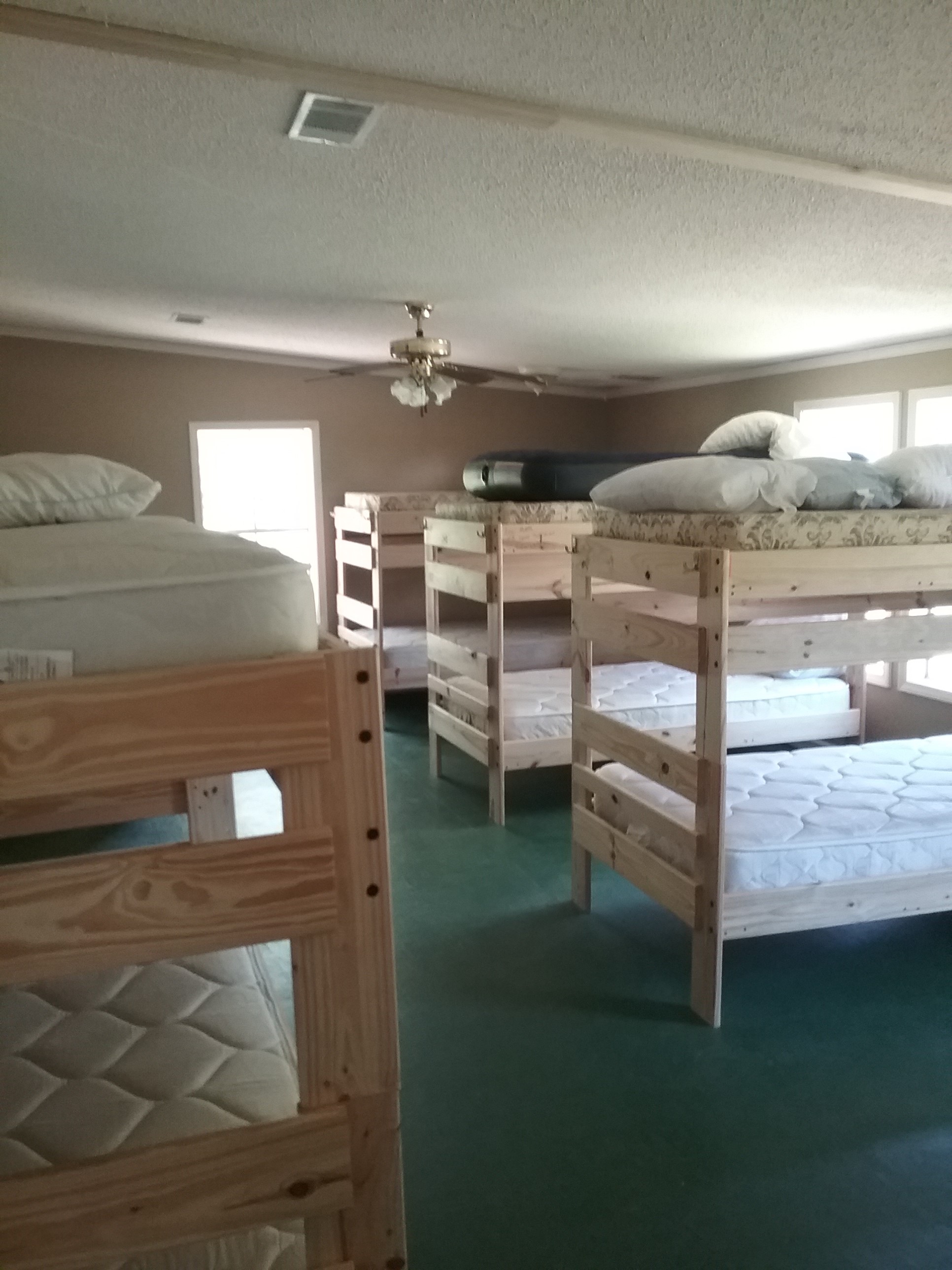 UCC Disaster Ministries is recruiting volunteer mission teams that can give a week to primarily interior construction tasks, such as replacing insulation, sheetrock, painting, flooring, cabinets, doors and trim.

Teams are being accommodated in a spacious, comfortable bunkhouse (pictured) with beds for 26 volunteers, in the middle of a small horse farm.  All meals are provided.  Click here for more information/to sign up.

Miss Elgie was evacuated to her daughter and son-in-law's house.  Her house took in four feet of water that, when it receded, left two inches of sticky mud.

"The water was so swift, it turned my refrigerator on its back," she said. "My mixer and toaster were stuck to the floor in mud.  The dining room table collapsed, and my photo albums were ruined.  I lost everything in my lower kitchen cabinet and drawers.

He and Miss Elgie’s daughter tackled the mess with a shovel and hose.  They had to cut the soaked carpeting in strips to haul it out.  They put dehumidifiers and fans in every room.

"It took three months just to get the house dried out," Miss Elgie said.

Her daughter and son-in-law wanted her to come live with them permanently, but Miss Elgie longed to get back into her own home.  Despite some health problems, she retains the toughness she developed picking cotton and pulling corn on her parents' farm, marrying at age 17 and rearing four children, working in a factory and as a sales clerk, and just being the kind of person for whom helping others is a priority.

"They worked hard to get two rooms in my house for me to live in," Miss Elgie said.  "They fixed my bedroom, bathroom and den," setting up a microwave oven, small refrigerator and small television.  Miss Elgie got back into her home the Sunday before Christmas.

But the work was far from finished.  And, as energetic and capable as her daughter and son-in-law are, they "wouldn't have had time. They got flooded, too.  That first night that I stayed with them, we were wading in 6" to 8" of water inside the house.  The water drained out, but damaged the walls and many belongings.  I helped paint and clean out closets, but they still have much work to do."

Fuller Center Disaster ReBuilders brought in a series of work teams, which replaced the insulation, laid floors, hung doors, painted the whole house, put in cabinets and did touch-up puttying and painting.

"I appreciate my house looking as good as it does," Miss Elgie said.  "Everyone that's worked here has done a good job."  Because she was living in her house while the work proceeded, she got to know all the workers.  "I was here to pray with them every morning," she said.

Some time ago, Miss Elgie's grandson had made copies of her photos.  After the flood ruined the original albums, he created a DVD from his copies, for Miss Elgie to play on her television.