Another $50,000 for Hurricane Harvey recovery 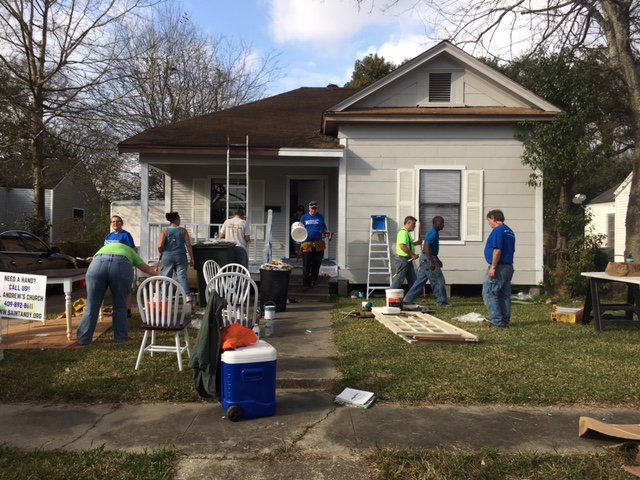 UCC Disaster Ministries has sent an additional $50,000 for construction materials for its Hurricane Harvey recovery work site in Port Arthur, Texas, where it has been partnering with a local nonprofit to rehabilitate 17 low-income rental units that were flooded in the August 2017 disaster.

“We are nearing the end of the 17 units – basically one more major rehab to do,” said Joshua Lawrence, the UCC’s Hurricane Harvey Recovery Co-Coordinator.

Hurricane Harvey brought sustained torrential rains and devastating flooding to Texas, leaving 900,000 people in need. It caused an estimated $150 to $200 billion in damages, making it among the costliest in U.S. history.

Among people hit hardest were renters in already economically precarious Port Arthur. Flooded apartments included 17 rental units managed by the Southeast Texas Community Development Corporation, a local non-profit.  SET CDC has provided low-income housing for more than 30 years, but neither they nor their tenants had the resources to restore severely damaged apartments.

UCC Disaster Ministries is partnering with SET CDC to get the work done.