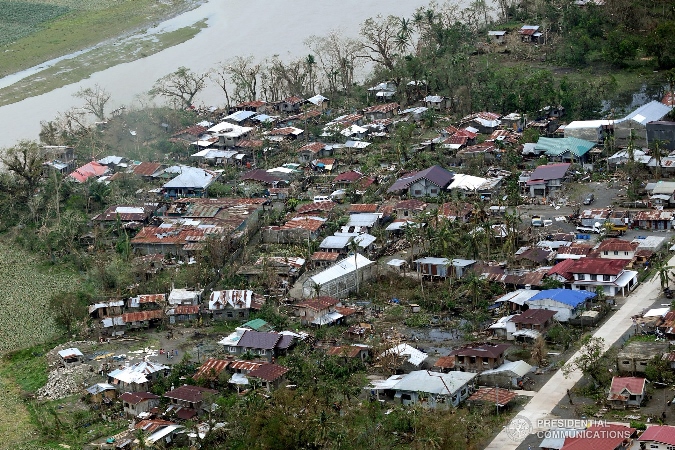 Long-term recovery from the devastation and economic dislocation of last September’s Typhoon Ompong (Mangkhut) is underway in the Philippines. UCC Disaster Ministries is contributing $33,000 to rehabilitation activities of the United Church of Christ in the Philippines, specifically in the hard-hit Middle and North Luzon Jurisdictional Areas.

UCC Disaster Ministries has released another $21,000 through the ACT Alliance for an ecumenical, targeted food and non-food program for survivors of Typhoon Yuta (Rosita), which in October 2018, a month after Typhoon Mangkhut, made landfall just a few hundred kilometers south of Typhoon Mangkhut’s path.

Typhoon Yutu exacerbated the impact of the previous typhoon and hampered the response and recovery efforts in the region.

More than 1,000 UCCP-member families have been affected badly, they reported. “Many of the affected families have not fully recovered yet … as they have to suffer another succeeding calamity, the El Nino phenomenon, during the months of January to June, this year (2019).

“Our UCCP church members are mainly lowland and upland peasants and seasonal workers. Every time natural calamities like typhoons, floods and earthquakes occur, they belong to the most vulnerable sectors and easily get adversely affected.”

And for people who were in Typhoon Yutu’s path, assistance is including food, water, sanitation, hygiene, resilience training, and support for recovery of livelihoods.

“The Philippines is one of the most disaster prone nations in the world,” said UCC Disaster Ministries Executive Zach Wolgemuth. “Fortunately, we have strong partners in the region and are able to ensure that support is targeted and utilized to meet the needs of the most vulnerable.”

Last September (2018), UCC Disaster Ministries contributed an initial $12,000 for the United Church of Christ Philippines' response to the needs of families and communities in Luzon impacted by the typhoon. Funds were for food packets, medical and seed packets for livelihood restoration.  The agency also contributed additional initial assistance through the ACT Alliance Rapid Response Fund for food, water, cash assistance, sanitation and hygiene, and early livelihoods recovery.