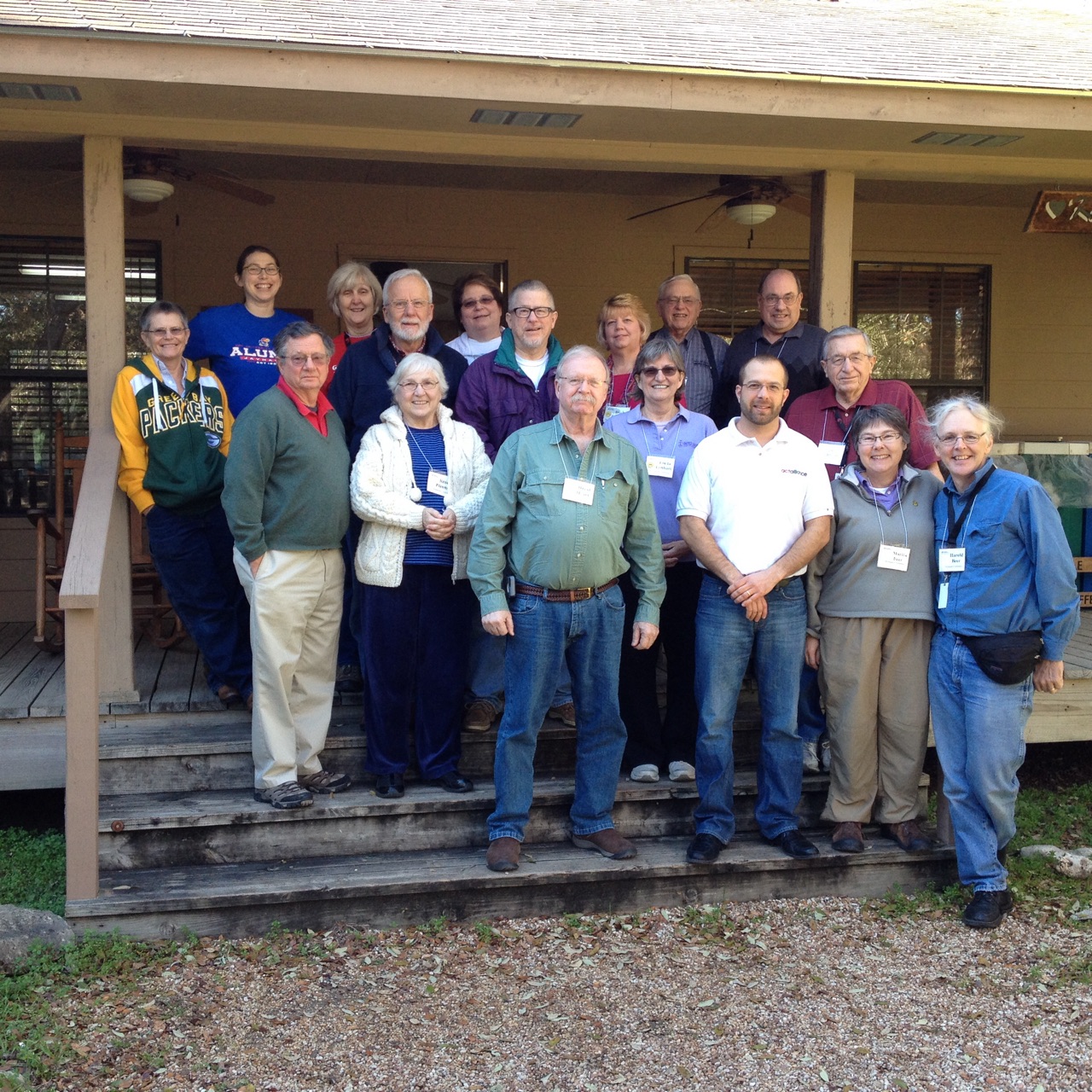 Natasha Naramore's passion is disaster recovery. "But sometimes when I talk with people about it, they roll their eyes and say, 'Let's talk about something happy,’" she said.

Imagine her delight to spend three days in the company of more than a dozen people who share the same passion.

All volunteers, the CDCs are "the primary point of contact after a disaster and the leader of the Conference Disaster Team ("CDT")," said UCC Disaster Ministries Executive Zach Wolgemuth, based in Cleveland, Ohio.

CDCs maintain relationships with UCC Disaster Ministries and with state and local disaster response entities, both governmental and private sector, including state and local VOADs (Voluntary Organizations Active in Disaster). They develop the Conference Disaster Teams to assist the conference and congregations to prepare for disasters and – when disasters occur – to educate local UCC leadership, donors and supporters of the needs, disseminate information and recruit and deploy volunteers for long-term recovery work.

"The Conference Disaster Coordinators are the backbone of UCC Disaster Ministries' domestic preparedness and recovery efforts," Wolgemuth said. "Without a CDC network, the denomination's Disaster Ministries would be extremely limited in its ability to engage and respond in appropriate ways to disasters within the United States."

Naramore is one of 45 UCC Conference Disaster Coordinators and Co-Coordinators representing 29 of the denomination's 38 conferences. A relatively new CDC, she said she was glad for the opportunity to learn from the experience and wisdom of her more seasoned counterparts.

She praised the UCC's emphasis on establishment of local teams to lead long-term recovery after a disaster – teams that respect affected people's "choices and how they want to be."

Naramore worships at Plymouth UCC in Lawrence, Kan. She expects to complete her masters in social work at the University of Kansas and be licensed in May. Her focus: crisis intervention and disaster recovery.

Also at the CDCs' meeting in January was the Rev. Mona Lopez of Houston, Disaster Coordinator for the UCC's South Central Conference. She emphasized that disaster recovery includes both rebuilding of damaged homes and emotional and spiritual care for survivors suffering trauma and loss.

Noting the frequency of tornados and floods in Texas, Lopez said, "We are talking about people losing not only their homes but also photos and family heirlooms that carry memories, and that takes an emotional toll. Our caring response lets people know they are not alone."

A member of Cathedral of Hope in Houston, Lopez held various positions in a cancer center before retiring last year. Now she works as a home hospice chaplain, which often puts her face-to-face with disaster survivors' long-term recovery needs.

"We've gone into homes where someone was dying, and the owners were still recovering from Hurricane Ike seven years ago," she said, describing blue tarps on yet-unrepaired roofs and "gaps in the walls and insulation."