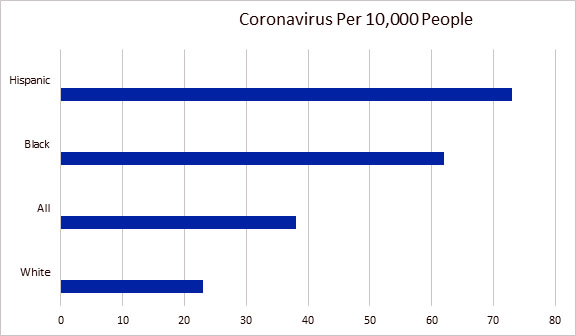 Experts point to some circumstances – a number of which make social distancing very difficult if not impossible - that have made racial and ethnic persons more likely than white people to be exposed to the virus, including: