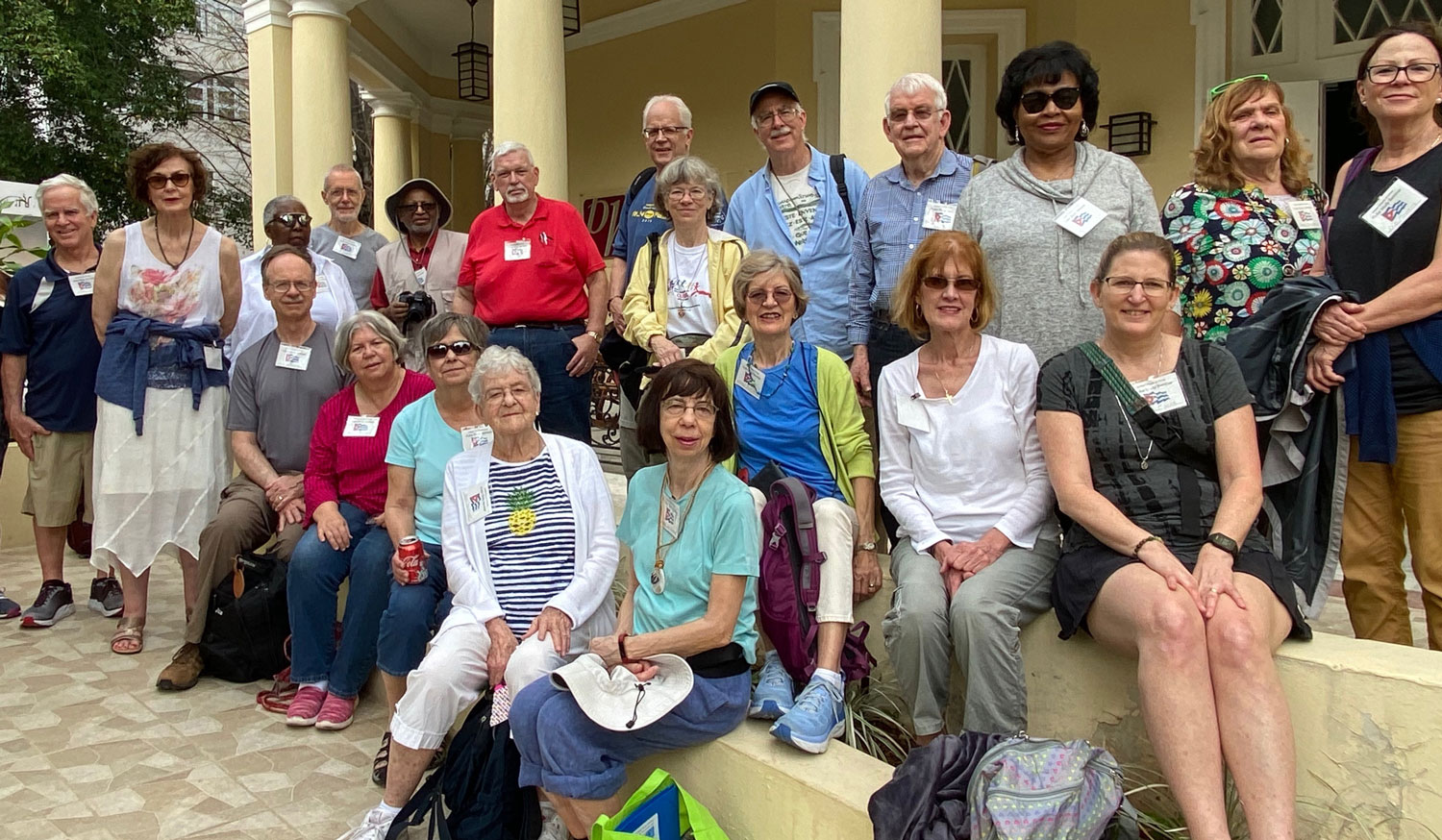 Continuing a tradition that goes back 40 years, a group of 24 travelers from the United Church of Christ spent 10 days touring Cuba, meeting its people and learning about U.S. government policies that isolate the island and the communal ties that bind our two countries.

The Cuba Study Seminar led the last five years by the Rev. Tom Warren of Peace UCC in Greensboro, N.C., and his wife, Kim Miller, introduces U.S. travelers to the social, religious, political, cultural and economic life of this Caribbean nation. For most of the participants in early February, this was their first trip there.

“A trip to Cuba has always been a part of my dreams,” said the Rev. Vertie Powers, an associate Conference minister in Illinois before her retirement. After hearing a Chicago pastor talk of the people, the culture and their generosity in welcoming others, she wanted to see the country for herself. “My first impressions of the people were spot on. They were welcoming, friendly and hospitable.” 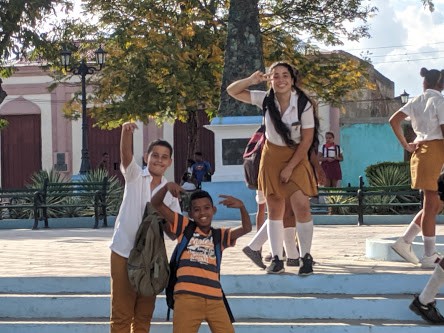 “Visiting Cuba has been on my bucket list for as long as I can remember,” said Judy Connolly, a member of Peace UCC in Webster Groves, Mo. “When I heard about this trip last August, I jumped on it as an excellent way to get to Cuba with leaders who were experienced in Cuban travel and participants who also were exploring life in Cuba.”

The group, 22 of them members of UCC churches in Missouri, Texas, North Carolina, Kansas, Tennessee, and Connecticut, were able to see the continued effects of the U.S. economic blockade and the impact of new and stronger U.S. sanctions.

“As we drove across the island this year, we noticed fewer tour buses and fewer private cars on the roads,” Warren said. “The Trump administration has aggressively gone after Cuba’s primary oil source – Venezuela – so fuel is being rationed and prioritized for tour buses, government vehicles and other essential services.” And while propane gas for home cooking, medical supplies and some food items are also in short supply, “the tenacity, joy and faith of the Cuban people continues to shine through despite their hardships.” 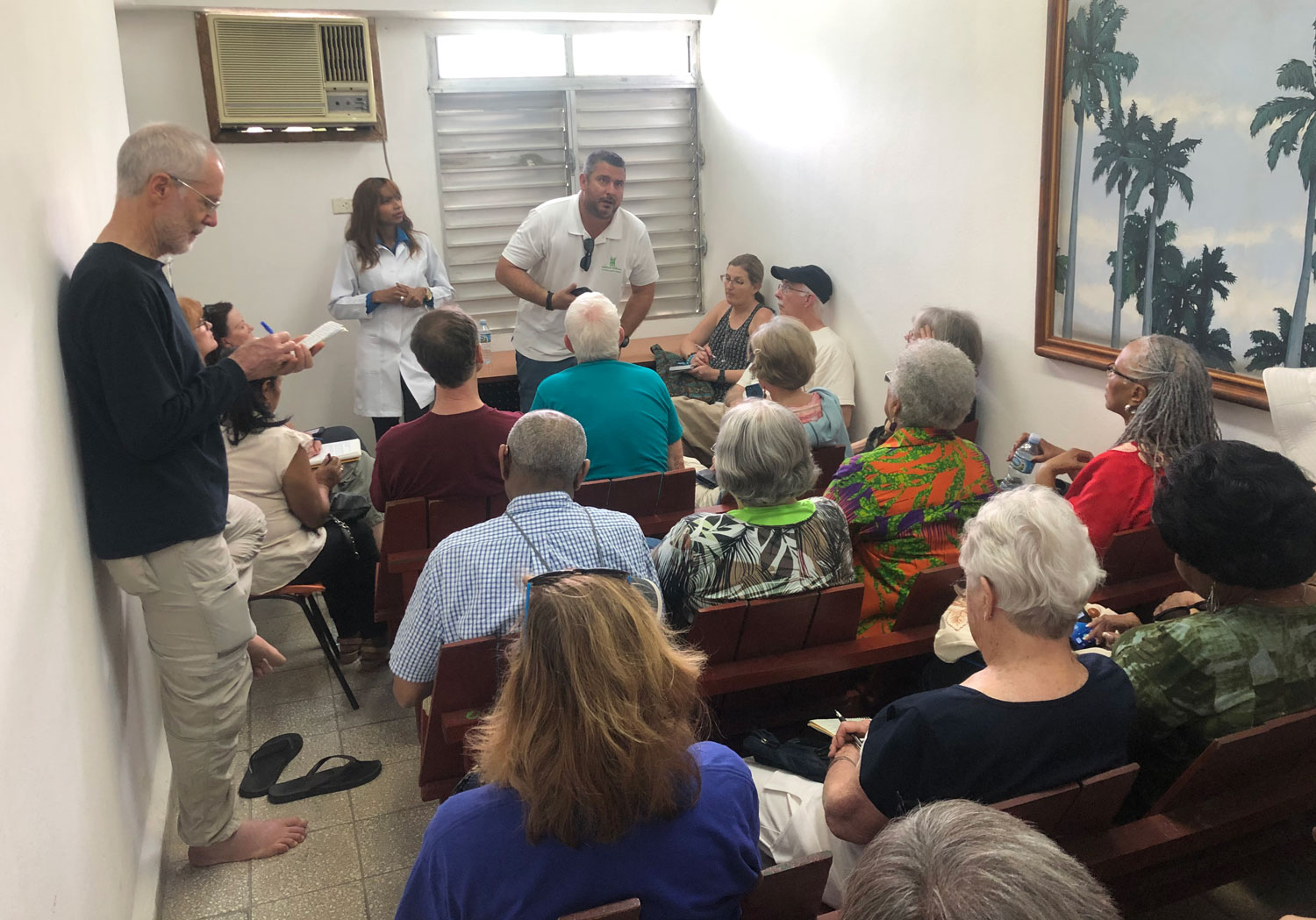 “My first (and lasting) impression of Cuba is how warm and welcoming ALL the Cuban people are especially in light of the restrictions imposed by our government,” Connolly said. “I believe I did expect Cuba to be somewhat welcoming, but not to extent that I found it in reality.”

“Seeing the cities, buildings, and other aspects of daily life I was struck by how the embargo has taken a toll on their lives,” Powers said. “They feel it, are angered by it, but it has not destroyed them.”

“I found a proud people,” said the Rev. Jasmine Quinerly, Houston Association minister in the South Central Conference and minister of missions at Pilgrim UCC. She said that while the current U.S. administration has rolled back advances implemented under President Obama, “the circumstances could not take their hope for the future.”

Seminar participants immersed themselves in Cuban history with stops at the Museum of the Revolution and Jose Marti (Cuba’s national poet) Museum in Havana, the Che Guevara National Monument in Santa Clara, and San Juan Hill in Santiago where Teddy Roosevelt’s “Rough Riders” joined with Cubans in their battle against Spain during the Spanish-American War. 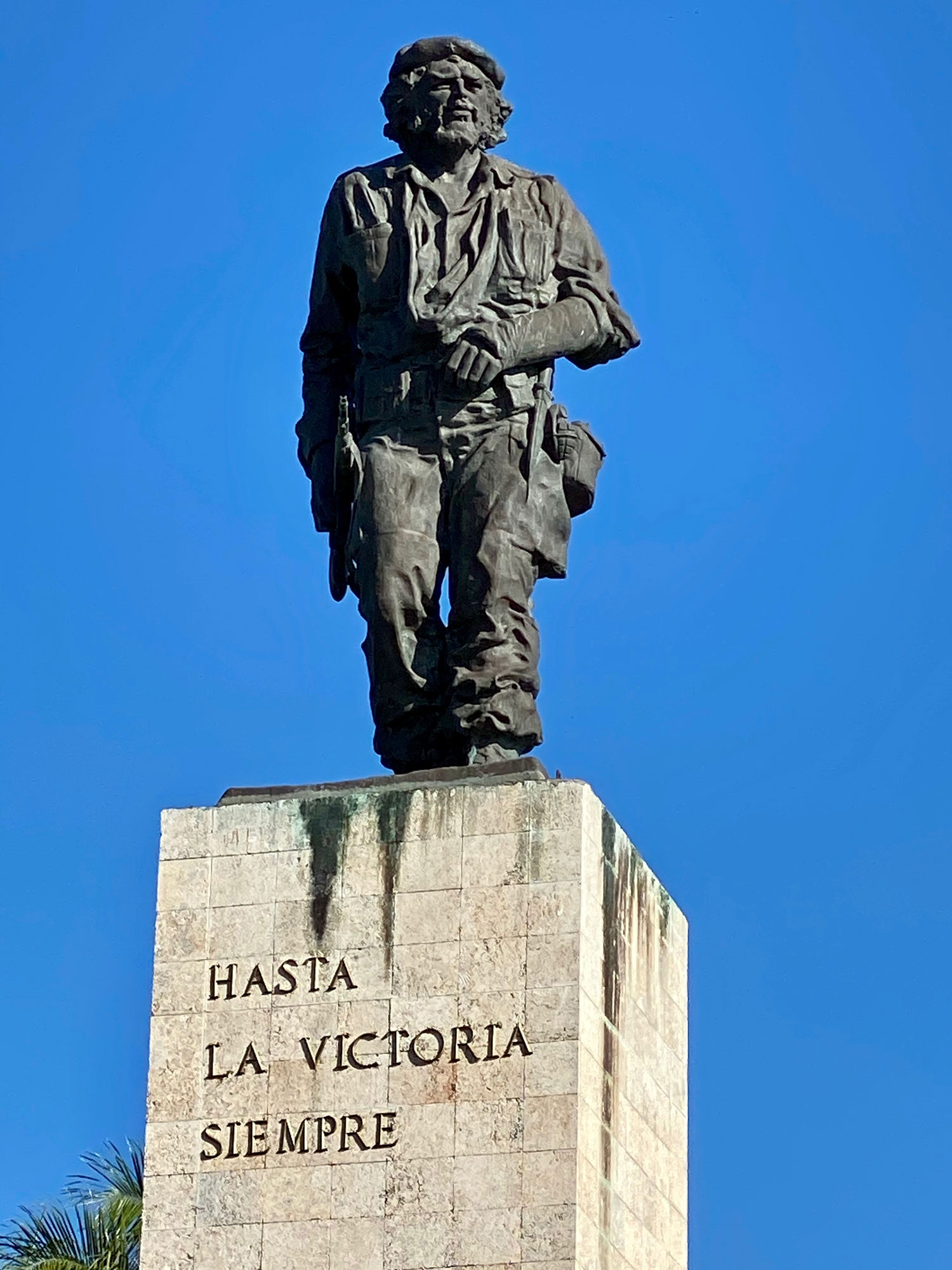 They also had the opportunity to link the revolutionary values of the gospel to Cuba’s revolution during a daily Bible study led by the Rev. Clint McCann, Evangelical professor of biblical interpretation at Eden Theological Seminary in Saint Louis.

The group saw how Cubans value education and medical care, which are free at all levels, and spent time with Cuban doctors at a local hospital and with faculty at the Latin American Medical School in Havana. Cultural highlights of the trip included miniconcerts with the Cuban National Choir in Havana and the Orfeon Choir in Santiago.

“The trip was more than I expected,” Quinerly said. “The accommodations were nice, and the opportunities to learn history and cultural norms was tremendous. I enjoyed the visit to the hospital and the medical clinic. However, church attendance was a spiritual awakening.”

“It was Youth Day. Young people in church were a part of the service in song and with scripture,” Quinerly said. “These young people were grateful that God provided enough for the whole world. They were hopeful that humanity would realize that there was no need for greed or hoarding. I was impressed.”

The group also spent an afternoon in conversation with Aldo Arbois of the Cuban Communist Party Department of Religious Affairs and visited two seminaries along the way to Santiago. At a stop at the Lavastida Christian Center in Santiago, participants were welcomed as family by the Revs. Gisela and Elmer Lavastida, longtime partners of the UCC seminar. They have established an ecumenical mission center responding to the needs of the public in and around the city and have been guests of the UCC at General Synod.

Additional visits included time with the Federation of Cuban Women and a tour of the national cemetery in Santiago where Fidel Castro and other national leaders are buried. 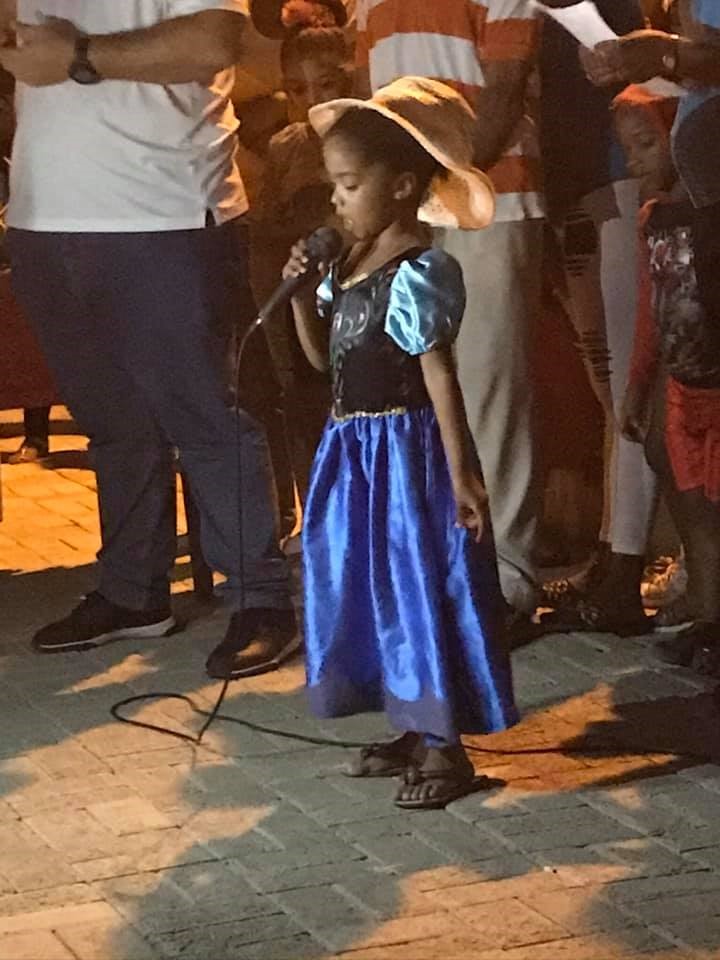 “The most memorable part of the trip was being invited to a block party,” Powers said. “The community had prepared food, drink, dancing and conversation. No one was ‘on,’ there were no photo ops, just people being themselves and enjoying themselves and their guests.”

“I know that I will speak of my experiences during my trip to Cuba and encourage others to join the Study Seminar,” Powers continued, noting she hopes to learn more about it. “I am impressed with the ability of the government, a government of a developing country, that is able to provide health care and education for all their people. It should make the citizens of a fully developed country which is unable to do the same go, ‘hmm.’ It was a good but heart-wrenching experience.”

“The purpose of the UCC Cuba Study Seminar is to build bridges with our Cuban brothers and sisters,” Warren said. “For four decades, while the U.S. government has built walls of economic and political hostility, UCC members have reached out in Christian love, fellowship and support. Participants in the 2020 trip discovered a gentle and loving people who long for normalized relations between our two nations. Jesus, who calls his followers to love God and neighbor, would certainly celebrate our outstretched arms as we continue to reach out to our Cuban neighbors.”

“We in the U.S. have SO much to learn from the Cuban people,” Connolly said. “These are a few things that come to mind in no particular order: humility, grace, warmth, acceptance, simplicity, generosity, equality, and pride in family, culture, arts and country. These are not just words to the Cuban people; it is the way they live and breathe.”