Our Faith & the Criminal Justice System: 2015 A Year of Action and Advocacy

And you, because of my blood covenant with you, I’ll release prisoners from their hopeless cells. Come home, hope-filled prisoners!” [Zechariah 9:12]

America’s justice system is broken. Our prisons lock up millions of people, ruin lives, fail to make our communities safer, and waste $80 billion dollars a year. In the last several years, there has been growing public dialogue about the need to reform harsh federal sentencing laws, which are a central factor in the explosion of the federal prison population. Criminal justice reform has been a bipartisan issue for nearly a decade and now Congress is poised to revise four decades of federal policy that has expanded the number of Americans now incarcerated. (Fast Facts on Criminal Justice & Mass Incarceration)

Ecumenical Advocacy Days Pre-event
Where Do We Go From Here: A Faith Call to End Mass Incarceration. Half day forum gathered passionate voices from policy, media, law, faith, youth and impacted communities to examine the current state of the criminal justice system and to create a platform for UCC faith support of criminal justice reform. Over 70 persons attended this event.

Formation of the UCC Criminal Justice Network
Following the UCC Ecumenical Advocacy Days pre-event, the UCC Criminal Justice Network was established to advance the conversation on public policy advocacy related to criminal justice and mass incarceration by maximizing the collective UCC voice at national, state, and local church levels. The Network is compiling information to capture activities, advocacy and formation of partnerships by congregations and individuals in UCC conferences and associations. The Network has approximately 90 members and holds quarterly conference calls.
In addition, Network members will be in collaboration with the Ferguson group led by Rev. Elizabeth Leung so that collective efforts are multiplied and not duplicated.

UCC General Synod Resolutions
Thirtieth General Synod adopted two resolutions: Dismantling Discriminatory Systems of Mass Incarceration in the United States and Dismantling the New Jim Crow. These resolutions reaffirmed the UCC commitment to restorative justice, improving the criminal justice systems of state and federal governments and rearticulated its vision of, and commitment to, the common good concerning the New Jim Crow, which describes the disenfranchisement, marginalization, and re-subjugation of African Americans resulting in the creation of a permanent caste of second-class citizens. Justice and Witness Ministries, 10 conference co-sponsors of the resolutions and the UCC Criminal Justice Network plan to address issues related to these two resolutions through an Implementation Framework that has been drafted to help provide leadership on this issue across all settings of the United Church Christ in the areas of education, training and resources; direct service opportunities; policy advocacy and public witness. 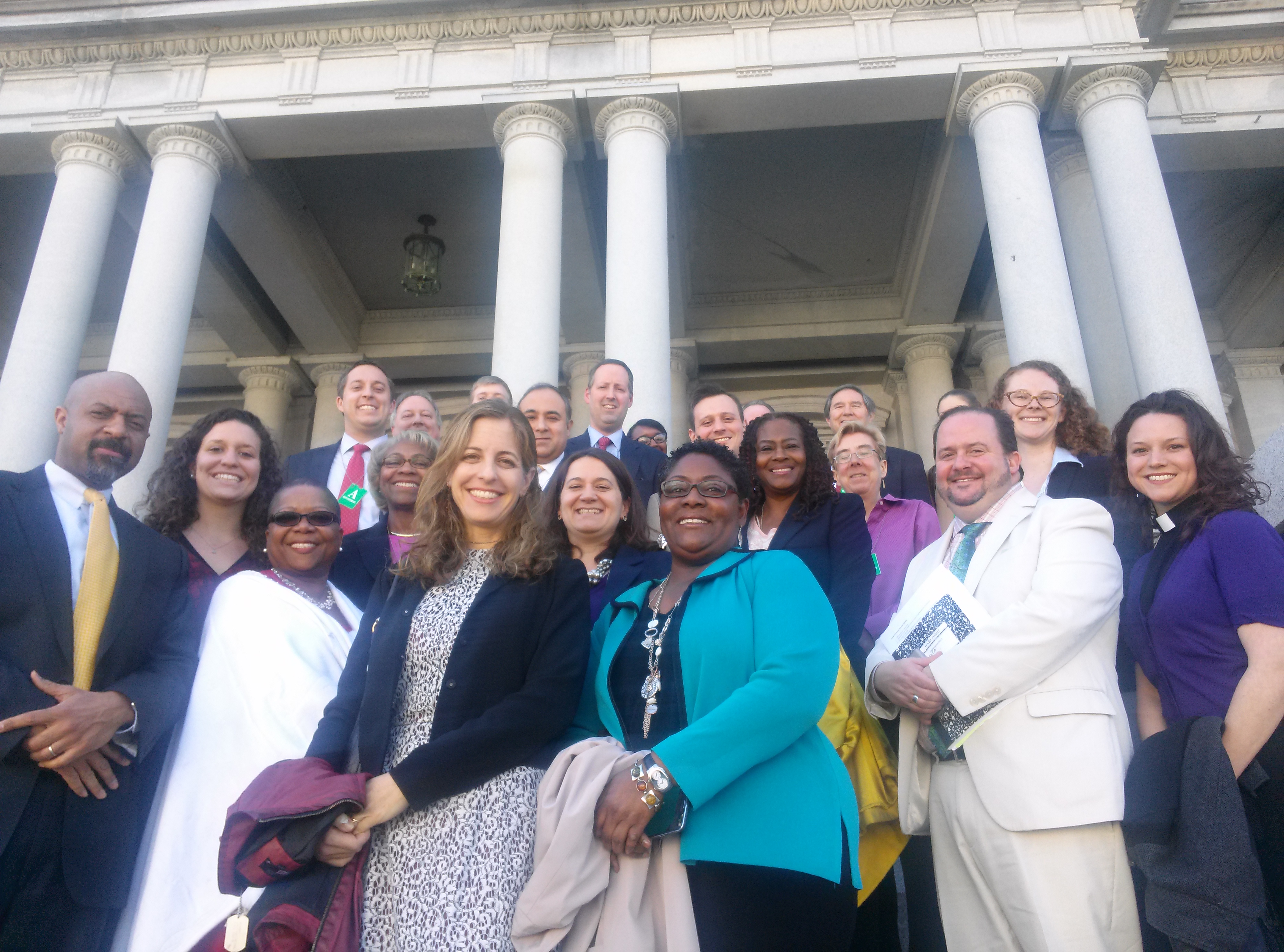 Interfaith Criminal Justice Coalition (ICJC)
The United Church of Christ, Justice and Witness Ministries actively participates in an interfaith coalition of more than 50 national faith-based organizations and religious institutions uniquely positioned in Washington, DC, to engage in federal advocacy campaigns to address mass incarceration in the United States. ICJC is the only faith-based coalition on Capitol Hill working for criminal justice reforms. During a recent White House phone call on Criminal Justice, a spokesperson from the White House indicated that the faith community is driving this historic moment and that faith voices can make critical differences because values are undergirding the efforts. We are listening to these values to change hearts and minds.

Hill Visits, Letters
In efforts to support the proposals for legislation to advance criminal justice reform, the Coalition has planned and participated in more than 70 Hill visits to Senators and Representatives. One of the biggest successes of the Coalition this year was in persuading Senator Chuck Grassley (IA), Chair of the Senate Judiciary Committee to advance legislation on Sentencing Reform. Through countless letters, and visits by prominent faith leaders in his home state of Iowa as well as here in Washington, the Coalition helped convince Senator Grassley that the time is right for reform and resulted in bipartisan legislation S. 2123 – the Sentencing Reform and Corrections Act (SRCA). Several sign-on letters were sent to the U. S. Sentencing Commission, Federal Bureau of Prisons and several key senators asking for their support of this legislation. The Coalition has also adopted Criminal Justice Reform Principles. 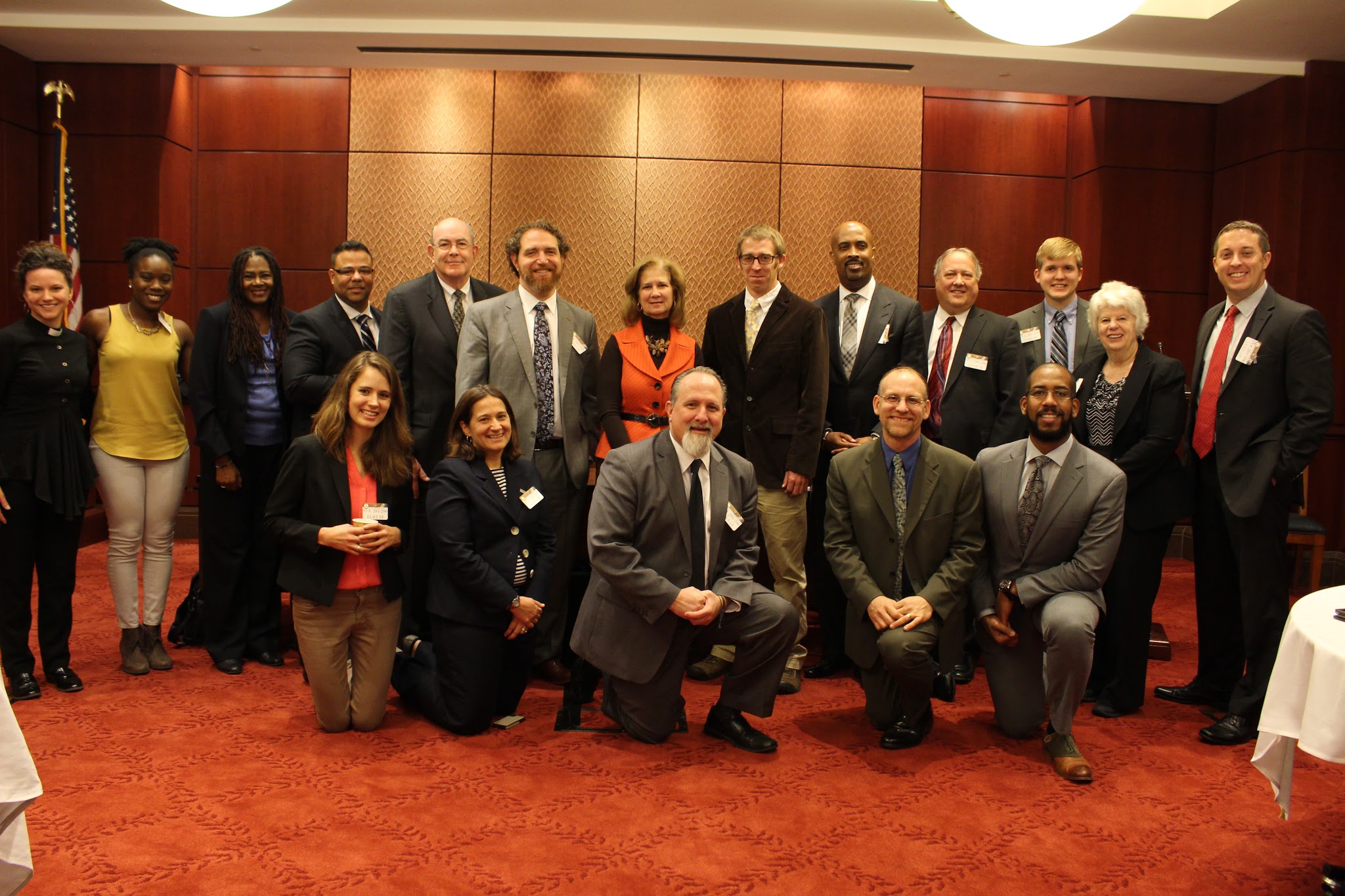 Capitol Hill Briefing
What are faith voices saying about criminal justice reform? A firsts-ever briefing for senate and house staff with invited national faith leaders helped to convey the importance of criminal justice reform now! Panelists representing diverse religious teachings including one minister directly impacted by the system shared their thoughts on crime prevention, restorative justice, incarceration, juvenile justice, rehabilitation and reentry. Following each briefing, panelists and members for the Coalition visited key Senators and House members to further discuss the importance of the Senate legislation. One successful conversation helped Senator Rand Paul to cosponsor the bill. Americans of the federal prison population

Read stories of our Disciples of Christ and UCC panelists: 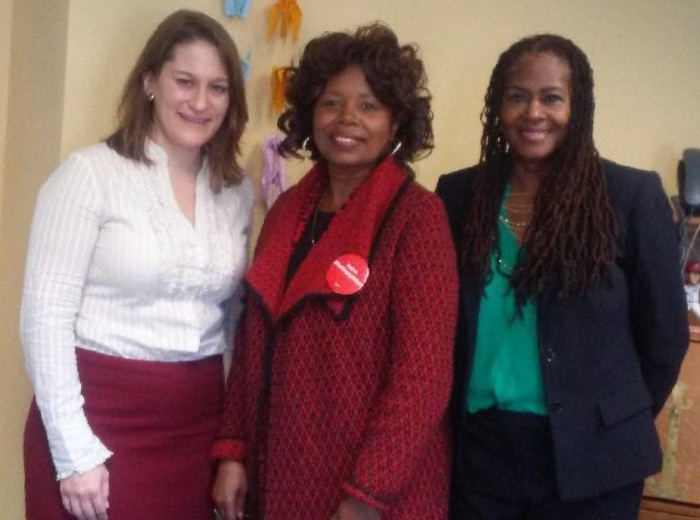 National Call-in Day and Lobby Day
In collaboration with the American Civil Liberties Union (ACLU) and the Leadership Conference on Civil and Human Rights (LCCHR), the Interfaith Coalition will be flying in faith leaders from key Senate states to lobby for the Sentencing Reform and Corrections Act.

S. 2123 – Sentencing Reform and Corrections Act (SRCA)
Last month with a 15-5 vote, the Senate Judiciary Committee sent this legislation to the Senate Majority Leader Mitch McConnell (R-KY). This bipartisan legislation has cleared a major hurdle in the push to overhaul the criminal justice system. The Sentencing Reform and Corrections Act would bring a number of reforms to the federal prison system, including an expansion of the "safety valve" exception to mandatory minimum sentences, the creation of a second "safety valve," and rehabilitative programs designed to reduce recidivism, or repeat offenses. Although the faith community had hoped the bill would eliminate some mandatory minimum sentences laws, it is a modest compromise and a first step in creating criminal justice policies that move us closer to fair more equitable system. The Senate bill includes provisions for both Title I-Sentencing Reform and Title II-Corrections Act, which deals with treatment and rehabilitation programs and some juvenile justice issues.

NOTE: S. 2123 and H.R. 3713 are not laws. No one knows if or when these bills may become laws. While both Bills have been voted successfully by their individual Judiciary Committees, they must now be brought before the full Senate and full House for a vote. If votes are favorable in each Chamber, the Bills must be reconciled, meaning that an agreement must be reached on the content and provisions to come up with one final bill.

The Senate Bill contains both sentencing and corrections provisions. Faith advocates need to make sure that the House Bill brings along the elements of both sentencing and corrections by including not only sentencing but elements of juvenile justice and reentry provisions. The Interfaith Criminal Justice Coalition supports these bills and is hopeful that both Bills will be brought to their respective floors before the end of the year or by early January.

S.993 – Comprehensive Justice and Mental Health Act of 2015
Bill introduced by Senator Al Franken (D-MN) has passed out of the Senate Judiciary Committee but has not come up for a full Senate vote. Jails are no substitute for a Mental Health System. This bill would improve outcomes for the criminal justice system, the mental health system, and for those with mental health conditions.

S. 2999 and HR 2728 – Juvenile Justice and Delinquency Prevention Reauthorization Act (JJDPA)
These Bills introduced by Senator Grassley and Whitehouse and Representative Bobby Scott respectively, improve conditions of confinement in juvenile facilities and provide comprehensive services and support for youth in juvenile facilities. S.2999 has passed out of the Senate Judiciary Committee. H.R. 2728 has been referred to the House Judiciary Committee.

S. 1513 and H.R. 3406 – Second Chance Reauthorization Act
These bills have been introduced and referred to respective Senate and House Judiciary Committees. Both bills aim to improve to help returning citizens successfully reintegrate into their communities upon release and avoid reoffending.

What you can do - Action and Advocacy