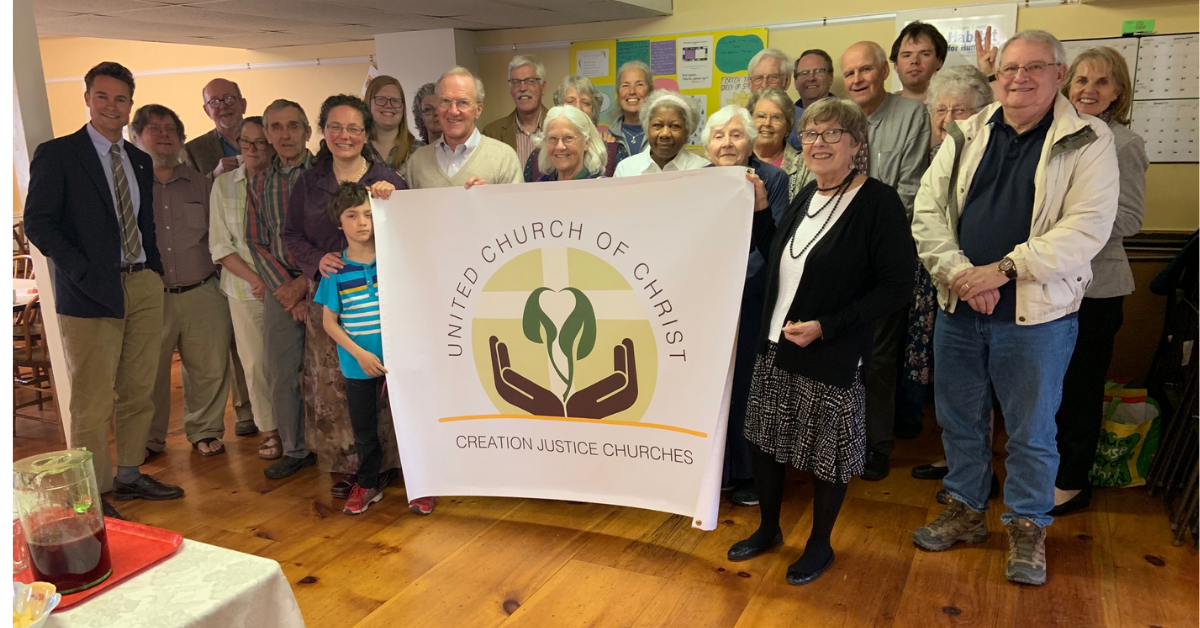 At Weybridge Congregational Church, the beginning of worship every Sunday includes a Creation Care Moment. It is a time of reflection dedicated to our first calling as Christians to be caretakers of our common home. Some of these Creation Care Moments take the form of readings from authors who have written poignant meditations on our world and our relationship to it. Others are original offerings such as this one by the Rev. Daniel Cooperrider. It was delivered as the congregation began the conversations that eventually led to it becoming a Creation Justice Church.

Here in Vermont, many of us consider ourselves environmentalists. We have a basic love of the natural world, and we want to see it protected. It bothers us to see nature despoiled and polluted.

Back in my youth, one of my heroes was David Brower, head of the Sierra Club. His mission was preserving wild places and fighting against mining, drilling and other forms of development. The message was simple: leave nature in a pristine condition, so we can enjoy it in its purest form, and fight against any encroachment by those who would dig, drill and develop. Having been lucky enough to enjoy some of nature’s unspoiled places, I was totally on board with this wilderness ethic. I believed that nature is best off when we humans have as little impact on it as possible.

Later on I came to realize that this simple “preservationist” approach was a bit shortsighted, romantic, and even elitist. Like it or not, we live on a planet increasingly populated by humans, more and more of us, who need places to live, air to breath, food to eat, and so on. The ecology of the earth doesn’t consist only of the beautiful wild places I enjoy when I hike or paddle my kayak. It also includes people, a whole lot of people, including many who don’t have the luxury of enjoying nature the way I’ve been able to.

So I’ve had to broaden my view to include the needs and well-being of people as an integral part of the created order. There are several billion of us humans, and we are very directly affected by what happens in the natural environment. The human world and the natural world are not separate realms, but parts of a greater and interrelated whole.

So this leads us to the idea of Creation Justice. What does that mean? It means that all parts of creation, human and nonhuman, have rights and value. It means noticing when any of our fellow beings, human and nonhuman, are adversely affected by things like climate change, drought, water and air pollution, species decline, and so forth. It forces us to ask hard questions about the way we live and how that is impacting the lives of these fellow beings.

Creation Justice pushes environmentalists like me beyond our aesthetic focus on natural beauty to consider some deeper ethical and moral issues. What basic rights are being affirmed or denied as we live on this planet? Who are the winners and who are the losers in our world? How do we achieve justice and balance not only with our fellow humans, but with all of creation? And underlying it all, how can we make life sustainable on this blue green earth with its limited space and finite resources?

A Creation Justice congregation is a church that is willing to think about these questions and find ways of addressing them. I think that’s a pretty good description of this church.

In recent years, it has become increasingly popular to begin public events and worship...