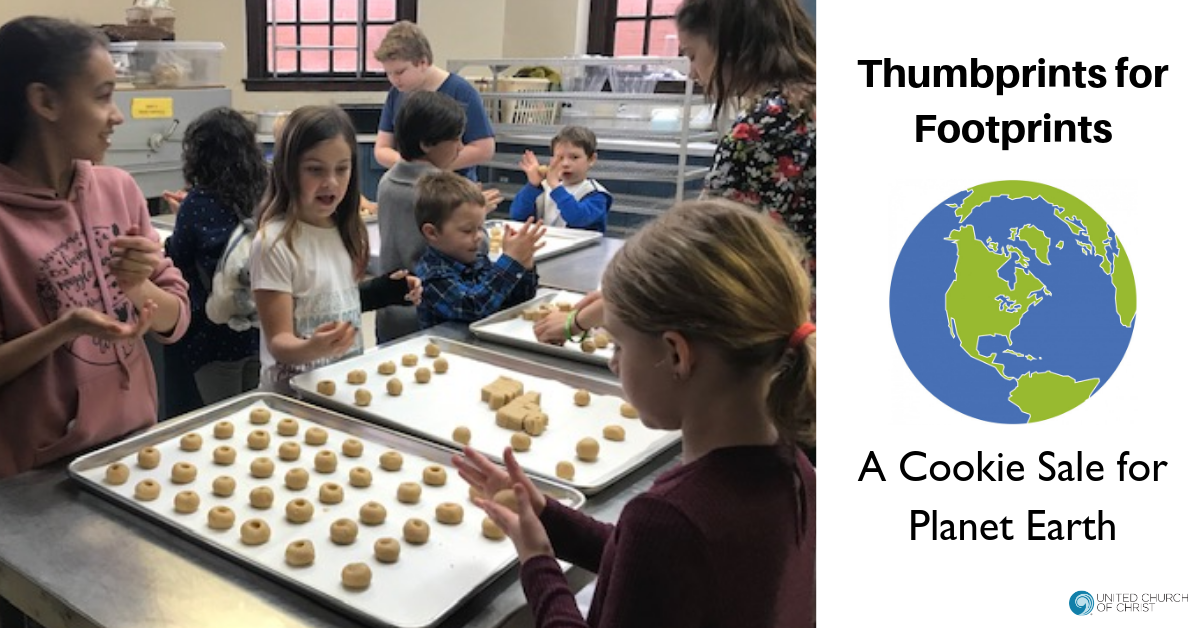 For Earth Sunday, Plymouth Church UCC of Shaker Heights, Ohio decided to undertake an activity to demonstrate how everyone—young or old—could do something to care for God’s creation. After worship, they had a cookie sale for planet earth with the belief that every bit counts, or in this case, every bite counts! Earlier that morning, the children of the church had baked thumbprint cookies that were then sold during coffee hour to support a program that reduces the carbon footprint of humans.

The proceeds from the cookies went toward a project in Uganda that provides carbon-reducing cookstoves to households. These highly popular cookstoves replace means of cooking that eat up 20% of a household’s income, deforest the country, and emit toxic smoke into one’s home. For every $6.04 contributed to the purchase of cookstoves, one ton of carbon emissions is prevented.

In other words, for the price of a dozen cookies, one can remove a ton of carbon. For five dozen cookies, you could more than offset the amount of carbon emitted by the average car in one year (4.6 tons). Members were encouraged to calculate their household’s carbon footprint through an EPA website. Those who wanted to do more than take a bite out of their carbon emissions were directed to 15 suggestions for reducing carbon emissions that ranged from flying less to advocacy for more renewable energy.

After the sale, Leslie Szalay, Plymouth’s Director of Christian Education, reported, “The cookie sale was a huge success! We had about 24 children make about 30 dozen cookies. We sold out in less than ten minutes. We asked for $6/dozen, but people were very generous with their donations, and we raised $378!” That translates into a reduction of 63 tons of carbon. (Imagine if all 5,000 churches in the UCC had a similar cookie sale. That could prevent around 315,000 tons of carbon pollution.)

Szalay is already envisioning how the children at her church could bake and sell even more cookies next year. Ultimately, Plymouth Church is proving that caring for God’s creation can be fun (and delicious) for all ages.