Commentary: We march in Minneapolis; immigrants are welcome here 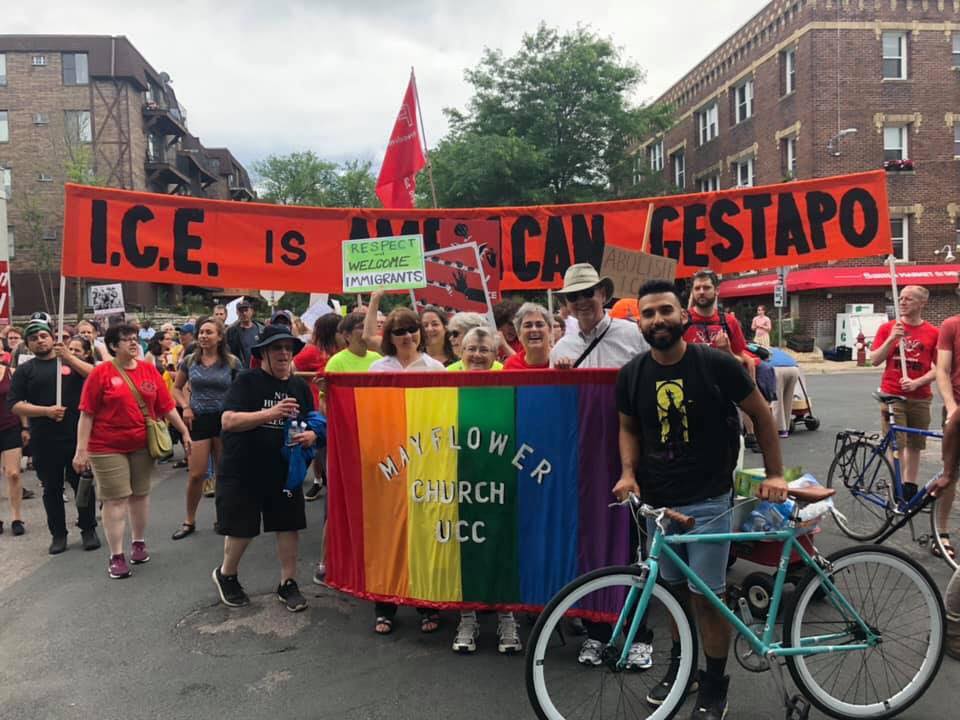 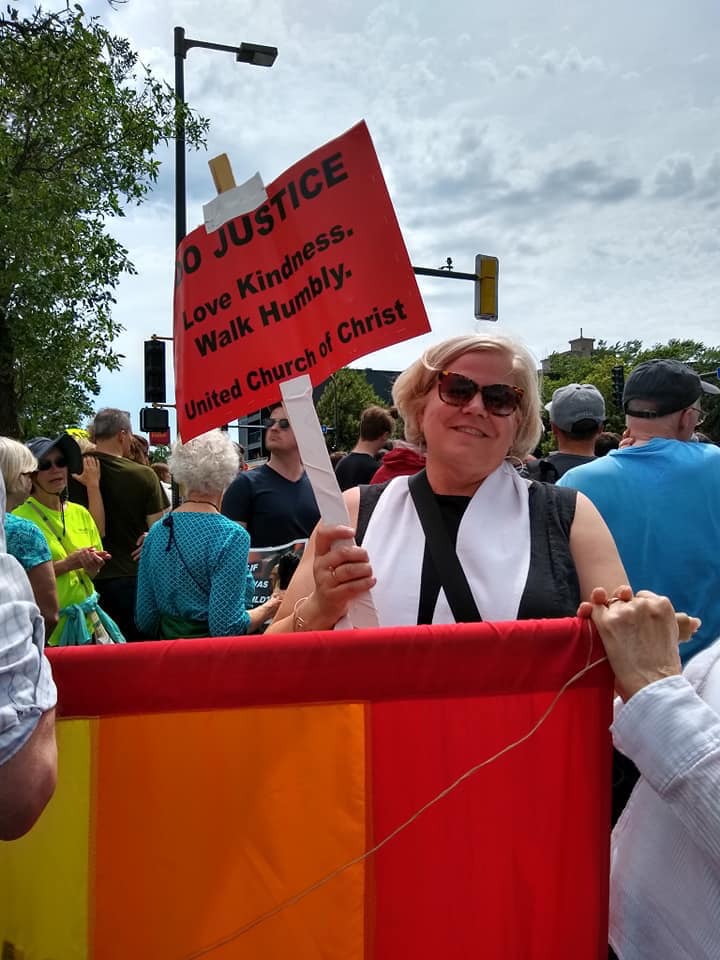 The streets of Minneapolis were filled with an estimated 4,000 children, women and men marching in solitary to say NO on Sunday, June 30.

We marched to say NO to ICE (Immigration and Customs Enforcement), NO to separating children from their parents at the border, NO to overcrowded, deplorable detention facilities, NO to cages for our immigrant children, NO to antiquated immigration laws that make it difficult, if not impossible, for refugees and asylum seekers to be welcomed into the United States, NO to xenophobia and racism, NO to hate, NO to U.S. policies that push immigrants out of their beloved countries. Together we marched to say YES to LOVE! Immigrants are welcome here.

The United Church of Christ was out in force! The Rev. Shari Prestemon, Minnesota Conference Minister, joined with members of more than a dozen UCC congregations in this march. A UCC pastor, the Rev. Rebecca Voelkel, executive director at the Center for Sustainable Justice, was the featured speaker. She reminded all of us of history — how families have been separated previously in the name of God, referencing the Doctrine of Discovery, which led to Native children stolen from their parents and sent to boarding schools. Later, the practice of slavery saw African American parents sold and separated from their children.

“The painful truth is that what is happening at our southern border has happened before and it’s all been done in the name of God,” Voelkel said. “I also stand before you to turn away from this violent and distorted version of Christianity and toward the gospel of justice and love.”

As long as federal policies separate children from their families, we will continue to march and rally and advocate for all of our sisters and brothers.