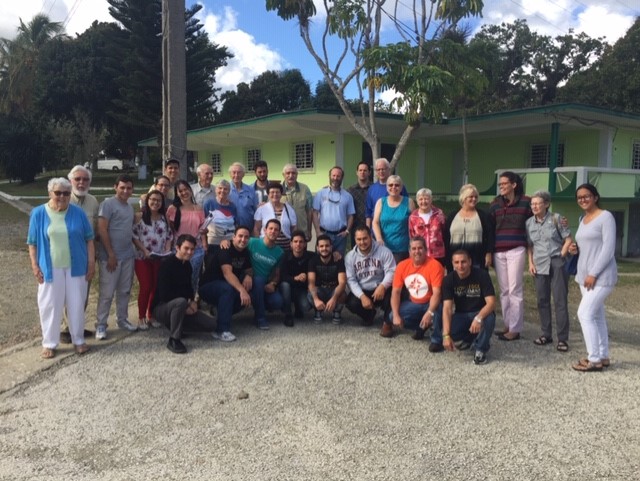 Since 1980, the United Church of Christ has been in relationship with the people and churches of Cuba. For the past 40 years, through the United Church of Christ Cuba Study Seminar, groups of UCC members from around the country have encountered and learned about the “Cuban revolutionary reality.” Now led by Pastor Tom Warren of Peace UCC in Greensboro, N.C., the trip continues to introduce participants to an understanding of Cuba rarely shared through the U.S. media.

Cuba is now in the 60th year of its historic revolution of 1959. Led by Fidel Castro, his brother Raul, Argentine doctor Che Guevara, and the radical woman leader Vilma Espin among many others, Cuba today is an interesting mix of revolutionary, socialist ideas slowly blending with private enterprise, the effects of tourism, and the ever increasing influence of social media. On February 24, the Cuban people voted overwhelmingly (86%) in favor of a new national constitution which pushes Cuba further into the 21st century in regard to human rights, private enterprise, and engagement with the global economy.

This year’s Seminar group included 15 participants from UCC churches in Seattle, Saint Louis, and Pleasant Hill, Tennessee. Along with these UCC members, the group also included a member of a Conservative Jewish synagogue in Philadelphia and two members of the Orthodox Armenia Church in New Jersey. 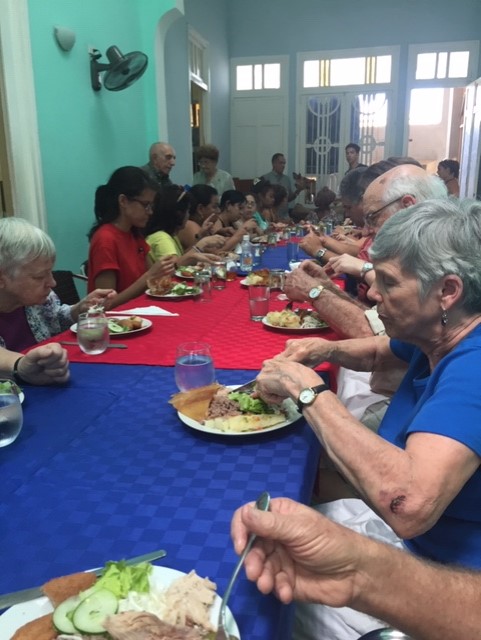 For 15 days (February 1-15) Seminar participants traveled across Cuba by bus visiting the major cities of Havana, Varadaro, Santa Clara, Camaguey, and Santiago. At each stop the group met with local leaders, doctors, historians, Communist Party officials, school children, their teachers, and church leaders. Both Sundays on the island were spent in worship at local Baptist churches, while along the route visits were made to three different Christian seminaries. An afternoon at the beach, museum tours, powerful mini concerts with the Cuban National Choir and Orfeon Choir of Santiago, visits to an organic farm, and conversation about the Guantanamo Bay U.S. Naval Base with government representatives from Guantanamo Province all made for a stimulating and thought-provoking trip.

Americans who have never visited Cuba are typically surprised at the social progress Cuba has achieved in regard to health care, education, and other social welfare programs. The vitality of religious life in Cuba is especially intriguing as both Catholic and Protestant churches are thriving along with indigenous religions (Santeria). There’s a small Jewish community, and two new Islamic mosques addressing the needs of a growing Muslim community that has come to Cuba, largely for medical training, at the Latin American Medical School in Havana.

While Cuba continues to struggle under a restrictive U.S. economic blockade, its tourist sector has grown to be the most vibrant component of its economy. Americans can still travel to Cuba and commercial flights arrive there daily with visitors from Europe, Canada, and other parts of the world.

The United Church of Christ will continue to nurture our long-standing relationship with our Cuban brothers and sisters. In 2020, the UCC Cuba Study Seminar will feature a unique emphasis on ‘the biblical call to social justice’ with leadership provided by Dr. Clint McCann, Eden Theological Seminary Professor of Old Testament and the Prophets.  Designed with ordained clergy in mind, next year’s trip to Cuba will include daily biblical study led by Dr. McCann while learning about and reflecting upon the revolutionary values of the Cuban social system.

The Rev.Tom Warren, pastor of Peace UCC in Greensboro, N.C., has been to Cuba several times and spent more than a month on sabbatical there in 2009. He took over leading the Cuba Study Seminars in 2016. For more information, contact Rev. Warren at ucccubastudy@gmail.com.