Traci Blackmon: If these walls could talk 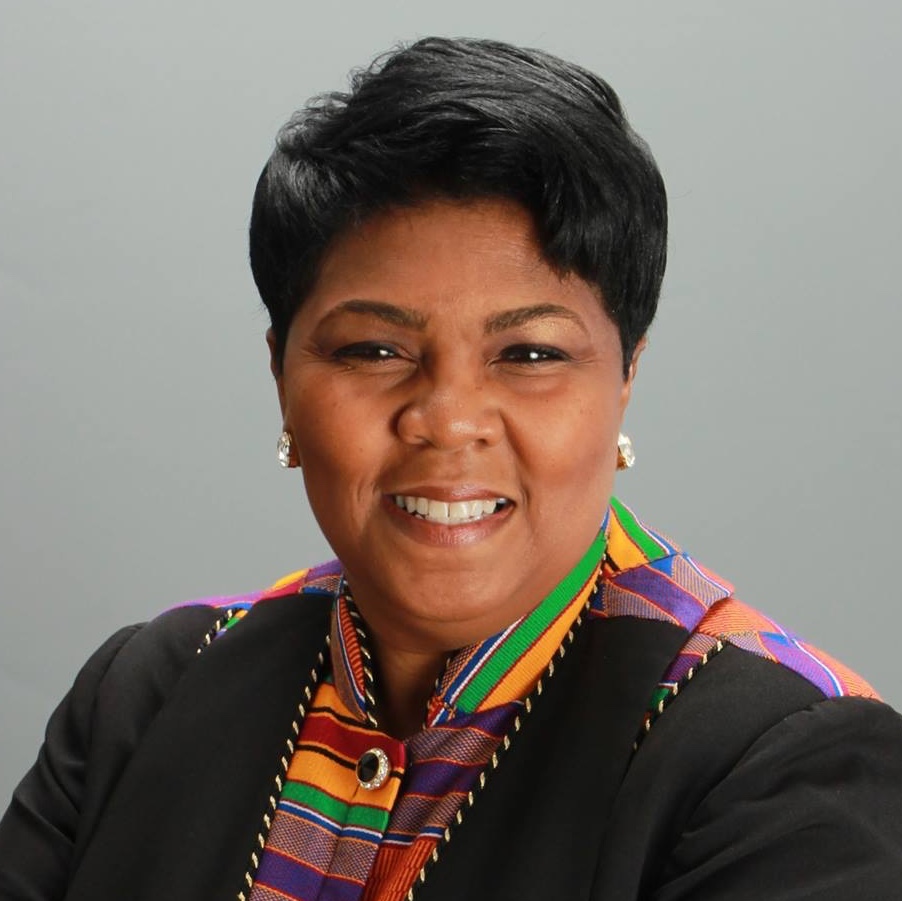 The Rev. Traci Blackmon, Associate General Minister of Justice and Local Church Ministries United Church of Christ, marks the Rev. Dr. Martin Luther King Jr. holiday by calling for the building of bridges, not walls — indicating there is no wall strong enough, high enough or entrenched enough to stop those who seek freedom. She offered this address at the St. Louis History Museum.

I’d like to begin by sharing the words spoken by the Rev. Dr. Martin Luther King. Jr. on September 13, 1964 in Berlin, Germany, three years after the erection of the wall that divided Soviet-occupied East Berlin from US occupied West Berlin, two months after the Civil Rights Act was enacted, and a month before Dr. King received the Nobel Peace Prize.

The visit to Berlin came about after West Berlin’s Mayor, Willy Brandt, invited Dr. King to participate in a memorial service for President John F. Kennedy who had been assassinated one year prior.

Because Dr. King stood for revolutionary change through non-violent resistance, he also received an invitation to speak in East Berlin from Heinrich Grüber, a pastor at a church there who was also a prisoner in a concentration camp for three years during World War II for openly criticizing the Nazi Party.

On September 13, 1964, Dr. Martin Luther King addressed a crowd of 20,000 in West Berlin. Then, against the strong wishes of the U.S., he crossed over into East Berlin to address over 4,000 people gathered there with these words: 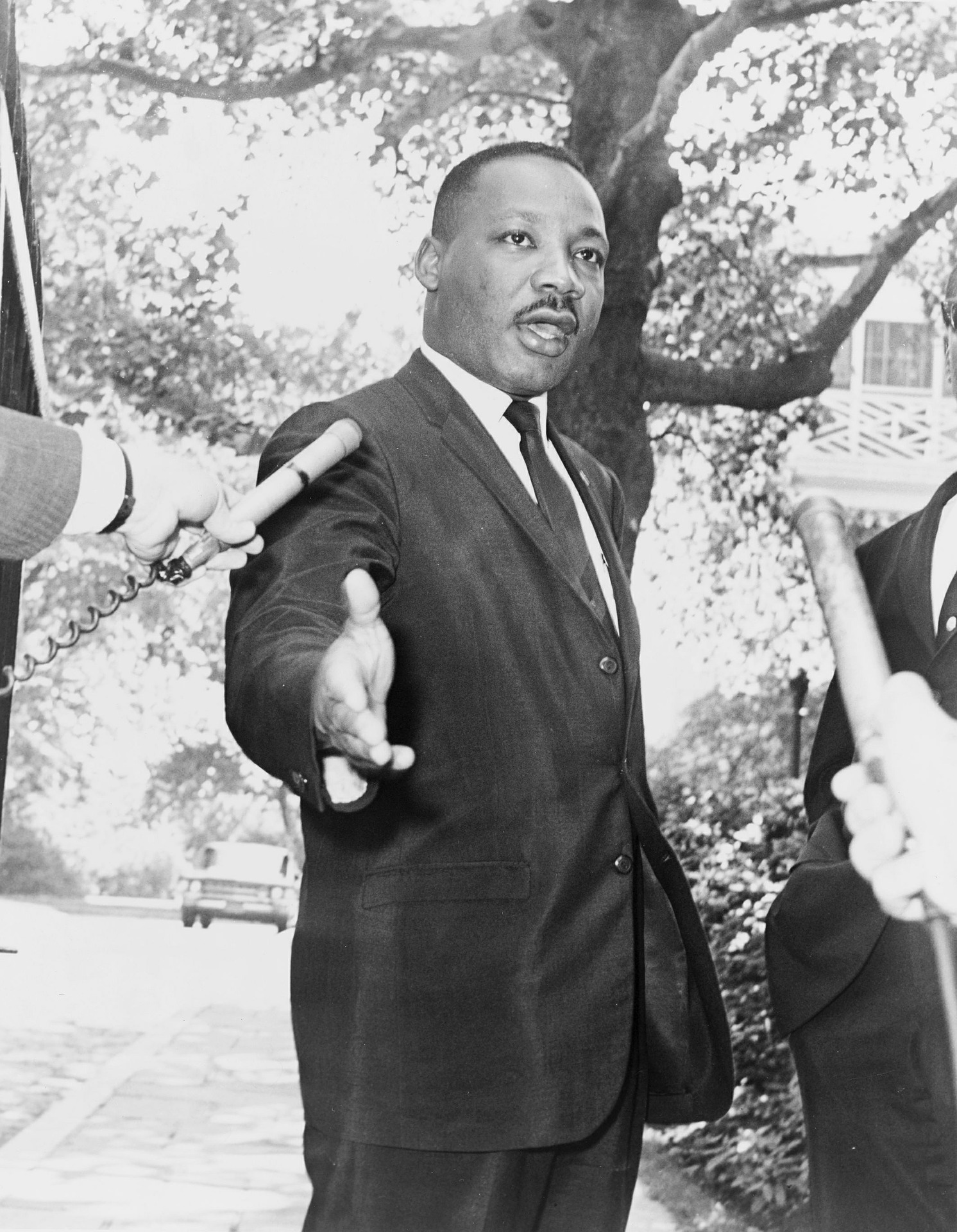 “It is indeed an honor to be in this city, which stands as a symbol of the divisions of men on the face of the earth. For here on either side of the wall are God’s children and no man-made barrier can obliterate that fact. Whether it be East or West, men and women search for meaning, hope for fulfillment, yearn for faith in something beyond themselves, and cry desperately for love and community to support them in this pilgrim journey.”

While in East Berlin, Dr. King also visited a site where earlier that day border security had shot more than 300 times at Michael Meyer as he tried to escape beneath the barbed wire fence at Checkpoint Charlie to West Berlin.

Miraculously, with the help of U.S. soldiers on the Western side of the border, Mr. Meyer survived, although he was severely wounded.

During the 28 years the Berlin Wall stood as a barrier, many were killed. But approximately 75,000 people found a way around that wall and successfully escaped annually.

History has proven time and time again that humanity’s insatiable thirst for freedom is so strong that people will risk their lives to quench it, no matter what the barriers may be.

And there is no wall, neither physical or otherwise, strong enough or high enough or entrenched enough to stop those who seek freedom.

These words of Dr. King are eerily haunting as we gather here to honor him — one who dedicated his life to tearing down walls that divide humanity — on the 28th day of a partial government shutdown over funding for a border wall that holds hostage the economic safety and stability of over 800,000 furloughed federal workers who have not received a paycheck in almost 3 weeks.

I asked myself, what might Dr. King say about such things were he here to celebrate this 90th anniversary of his birth with us.

What might he think of the state of our Union today?

What might Dr. King say about the failure of our nation’s highest leaders to build bridges across political divisions for the well-being of those they are tasked to lead?

What might he say about the building of walls — both physically and philosophically — that are increasingly becoming the ready-made solution to difference?

America is in trouble.

Because these are our only two options.

So I have come today to challenge us, to not only celebrate Dr. King and his contributions to the struggle for civil and human rights, but to emulate his courage and conscience in the face of Empire.

The message King preached to those Berliners was not a new one.

The Berlin Wall was a vivid and literal example of a barrier. But the world is full of metaphorical walls and King had long advocated for tearing them down.

Perhaps Dr. King’s message has greater relevance today than it even had at the time when he was alive.

It seems like we have devolved into a nation more concerned about winning the battle of the day than advancing the cause of humanity.

Nationalistic sentiments are overwhelming our sense of community, causing us to forget we are all interrelated, particularly on issues of war, the environment, climate change, and poverty.

In a 1953 sermon titled: False Gods We Worship, Dr. King  urged the hearers to “transcend the narrow confines of nationalism.”

Because nationalism is a god whose hands are too small to keep us together.

Friends, our nation is in trouble.

In a speech delivered at the Riverside Church, exactly one year before his assassination, Dr. King said that the moment had come for people of faith to “move beyond the prophesying of smooth patriotism…to the high grounds of a firm dissent based upon the mandates of conscience and the reading of history.“

It is important to remember. Because if we do not remember, we can easily be lulled into believing a carefully crafted narrative of King that presents to us a preacher and prophet who was as beloved in the Movement as he has become as a Monument.

The revolutionary stance of King came at a cost that is often glossed over in our retelling of the tale.

Dr. King called for “a radical revolution of values,” emphasizing Love and Justice instead of economic nationalism.

Not only did he call for a radical revolution of values, but Dr. King laid out for the hearers the moral consciousness within his own being that compelled him to do so.

For Dr. King, this prophetic cry was not rooted in party preference or partisanship. Nor can it be for us.

Dr. King did not challenge the deleterious effects of nationalism on the most marginalized of our society because it was politically expedient to do so — but rather, Dr. King states, he did so because “his conscience left him no choice.”

I am particularly mindful of the convergence of MLK celebrations with the liturgical Season of Epiphany, which literally means to “bring to light” manifestations of a God who is among us.

This year, we are called to bring these manifestations of light and truth to bare as our government grinds to a halt in a stand-off more suited for a playground than the halls of Congress.

What shall be the response of our conscious to speak unflinching truth to internal fears and hatred that threatens to undermine our society?

How did we get here? And what will become of our children if we don’t figure this out?

How did we become a nation driven by fear, as opposed to one accompanied by faith?

In the book of Ephesians 2:14, Paul reminds us that our divisions are not greater than our God.

In this Christian text, the manifestation of that God is found in Jesus, of whom Paul says: “For he himself is our peace, who has made us both one and has broken down in his flesh the dividing wall of hostility.”

Friends, we have many walls among us.

We have built walls of indifference toward one another that prevent us from empathizing with the plight of those who don’t look like us, our speak like us, or act like us — whatever that “us” may be.

We have built walls of educational inequity by funding school systems through property taxes that ensure a substandard education for those who cannot afford to live in wealthier subdivisions.

We have built walls of religious intolerance. Walls that make acceptable the lie that this country was founded upon Christian principles, as opposed to principles of capitalism cloaked in religious rhetoric.

We have built walls of economic injustice when CEOs are making more in ten minutes than some workers make a year; when a partial government shutdown is an acceptable bargaining tool because we have lost sight of 800,000 thousand families who will be left with nothing to bargain.

We have built walls of inefficiency when the political party one represents has become more powerful than the unifying oath to serve all the people one takes to enter public office in this country.

We have walls – barriers to justice and equality – that must come down.

Because on both sides are children of God.

So let us commit that on this day of all days, that each of us will begin by examining the walls we have erected around ourselves.

The divisions, the stereotypes, the scapegoating; the ease with which we blame our circumstances on others. All of this distracts us from the common challenges we face – war and poverty; injustice and inequality.

We can no longer afford to build walls to save ourselves. We must build bridges instead.

We can no longer afford to secure ourselves in lies or fear or hate.

We must dare to be vulnerable enough to be healed.

These walls must come down.

But it is not enough to tear walls down.

We must also build.

It is not enough to dismantle systems without building support.

As we remove barriers, we must build bridges.

Bridges of access to resources to fix our failing school systems.

Bridges of access to excellent and affordable healthcare so that we all can live well lives.

Bridges to citizenship that honor the contributions of all of humanity in making this country great.

Bridges to living wages for honorable work so that the economic stability of our entire region can be actualized.

We cannot allow fear to drive us to abandon a solidified front that demands equity for all of God’s creation.

In times of great fear and trepidation, we must resist the urge of self-preservation and boldly declare Justice can never be about ‘Just-us.’

Exactly one year before his death, Rev. Dr. Martin Luther King said these words at The Riverside Church in New York. He was speaking against the war in Vietnam, but the sentiment still rings true:

“This I believe to be the privilege and the burden of all of us who deem ourselves bound by allegiances and loyalties which are broader and deeper than nationalism … and which go beyond our nation’s self-defined goals and positions.

We are called to speak for the weak, for the voiceless, for the victims of our nation and for those it calls “enemy,” for no document from human hands can make these humans any less our kindred.”

If these walls could talk, I believe they would say history proves this true.

No wall built to divide us will ever stand the test of time. From Jericho to Berlin to our Southern Borders, the walls must come down!

Because on both sides of every wall, GOD’S children are present.