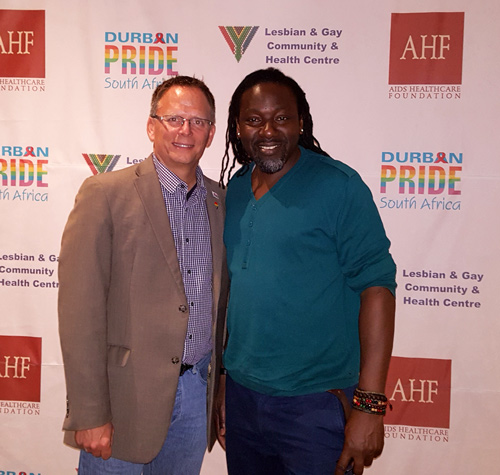 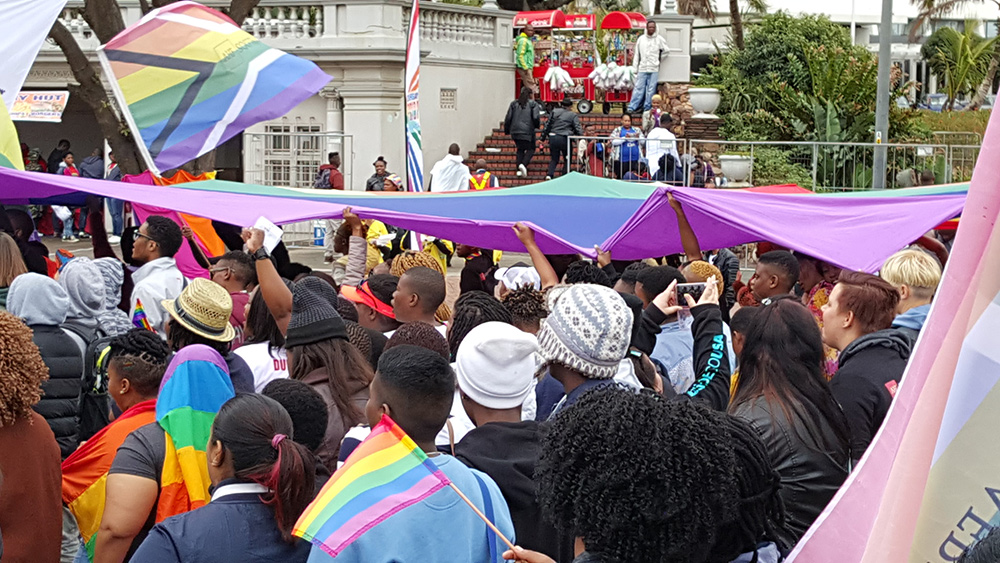 The difficult news from Uganda came early Friday morning, August 5. Ugandan police had raided an LGBTQI Pride event in Kampala making arrests and beating several persons who had been contestants in a pageant. I was alarmed by the eye witness account shared by my dear friend, Rev. Jide Macaulay, Executive Director and Founder of House of Rainbow, who was excited to have been invited to be the Grand Marshal of the Pride in Kampala.

A few weeks earlier, Rev. Macaulay and I had attended Durban Pride in South Africa and marched together. We discussed the difference between attending Pride in Durban, where police provided a strong security presence throughout. South Africa is one of the few countries in the world where equality regarding sexual orientation is actually named in the country's constitution. Yet, despite the equality in the policy, South Africa's lesbian, gay, bisexual, transgender, queer and intersex people still experience stigma and discrimination. They are demonized by many faith institutions and are disproportionately targeted by violence and abuse.

Rather than a parade celebration honoring the past, Durban Pride is a march which not only celebrates the lives and identities of people of all sexual orientations and gender identities, but also is a strong public witness that calls for fully implementing policies, and changing the culture, so that the values of equality may be a lived reality for everyone.

In Uganda, things are so different. It was a government official who authorized the raid of the Pride event in Kampala. It was police who arrested and violently beat participants. Rev. Macaulay understood those risks, as did those who organized and participated in that event. The decision to go forward took courage. It was an act of resistance against the injustices the LGBTQI community faces in Uganda. Like other struggles, their story of courage drew the attention and solidarity of millions worldwide. Although the planned march was cancelled out of the real concern for more arrests and beating at the hands of police, their message has been heard. Ugandan LGBTQI activists believe that pride has prevailed.

In a very different, but oddly parallel moment, planners announced recently that the Pride celebration planned in Cleveland, OH would be cancelled due to perceived, unaddressed security risks; this in a city that welcomed the Gay Games in 2014 and successfully hosted this year's Republican National Convention.  But pride has prevailed. Cleveland's LGBT community center, city officials and a host of organizations have joined forces to create a new Pride event, August 13, on Cleveland's Public Square. Faith leaders gathered the Sunday prior, making a covenant which I believe expresses why Pride prevails.

Pride prevails when people of all sexual orientations, gender identities and expressions determine to "stand united in our resolve to affirm the humanity, dignity and value of Lesbian, Gay, Bisexual, Transgender and Queer persons.” Pride prevails because in the face of threats, injustice, stigma and discrimination, allies commit to being better up-standers, choosing to speak out against bullies and policies that discriminate, working together to create safer communities characterized by justice and equality for everyone.

The struggle continues and pride prevails.

Michael Schuenemeyer is Executive for Health and Wholeness Advocacy.